Is it normal to have a crush on a fictional character?

This search, of course, turned up in the stats from my blog about Richard Grieco. The very first post on that blog was called "It's Perfectly Normal to Have a Crush on a Fictional Character from the 80s." It was about how late one night, when I was sick and up alone watching old television shows, I tripped over this: 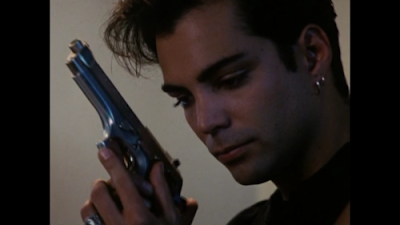 The thing is, I was being facetious.

But, when this question showed up in my stats, I started thinking a little more seriously about what "normal" meant in this context. If we apply the technical definition of "normal" and look to see whether it's "the norm," or typical, the answer would appear to be yes.

I asked around a little, though my sample may have been skewed. I started with my daughter, who I know to have harbored a long time crush on Prince Zuko. In case you're not familiar with Prince Zuko, he's not only fictional but also a cartoon character.

Initially, she tried to discourage me from mentioning her cartoon character crush, but then she turned to a different approach: diverting me with tales of her friend's crush on this guy, who is apparently sort of a claymation character or something.

So...maybe not so unusual after all. And my own personal guilty secret is that while the whole Booker thing was just a crush, I am straight up in love with Francisco D'Anconia--it's unlikely that any real man will ever quite measure up to the ideal he created when I was 16 years old.

Does this mean it's normal? Not necessarily. But it surely means that if you're asking this question, you're not alone.

And, if you're thinking about your crush in terms of a fictional character, then I'd guess that you're a good bit closer to the normal end of the spectrum than those (seemingly many) folks who mix the character with the actor, attribute characteristics from the role to the actual person and then deem themselves "in love" with celebrities. I mean, you know the character, right? You may not have met him (because...well...he may not exist), but you know who he is.

So, you know...enjoy. Just don't lose sight of the lines.