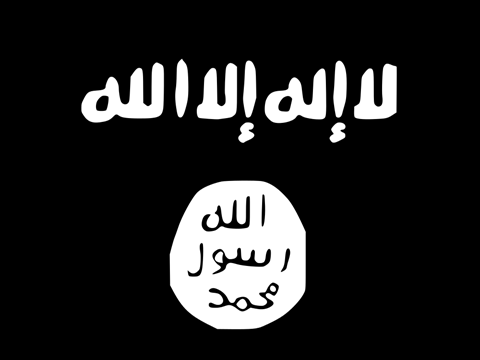 At some point in nearly every opinion piece on the Islamic State (often referred to in the press as ISIS or ISIL), it seems inevitable that commentators will mention how little the international community seems to be alarmed by the crisis, especially in light of the situations unfolding in Gaza and Ukraine. I'm alarmed by the situation, but speaking as a human being I just find it difficult to comprehend the sheer scale, organisation and maleficence of the Caliphate.

Since 29 June 2014 when they declared their Caliphate, the Islamic State have captured a quarter of the land in Iraq. They have become a major player in the conflict in Syria and have captured a third of the land in that country. Perhaps most alarming in terms of sustaining their activity is that they are now in control of the majority of Syria’s oil and gas fields.

But what does that mean?

In his article "ISIS Consolidates", Patrick Cockburn notes that ISIS controls an area greater in size than Great Britain. With a population of more than 6 million people, he notes that it is more people than live in Ireland, Norway or Denmark.

Perhaps the message that is not reaching consumers of mass media is that ISIS is particularly malevolent. Cockburn continues to say that the West chronically underestimates the Islamic State and they are also at fault in their estimation that the state will simply crash and burn. He notes that those in Baghdad are in an acute state of denial with one individual questioning whether ISIS even exists (as opposed, we presume, to being used to attain a certain political outcome providing political power-sharing to Sunni Muslims).

At the time of writing his article, Cockburn predicted, "Isis may well advance on Aleppo in preference to Baghdad: it’s a softer target and one less likely to provoke international intervention". It has been reported today that Islamic State fighters have seized Aleppo towns.

The expansion of the territory of the Islamic State is not purely political. There are very real concerns that specific groups of people are being targeted and destroyed.

Link: Genocide watch: the Iraqi communities most endangered by the rise of ISIL [Quartz, 6 August 2014]

In his article on the communities most endangered by ISIS, Bobby Ghosh notes that Abu Bakr Al-Baghdadi, self-appointed Caliph of ISIS "hates pretty much everyone who doesn’t agree with his particular, perverted interpretation of Islam" and that this includes Sunni Muslims who do not agree with him as well as Shi’ites, whom ISIS regard as apostates.

Ghosh notes that of particular concern are certain vulnerable groups who appear to have been marked for special persecution by ISIS:

As early as 19 July 2014, Human Right Watch reported that ISIS were kidnapping, killing, expelling and extorting minorities. The Guardian reported on Monday about Yazidi women being sold as sex slaves:

“Some Yazidi men say they had phoned their daughter or wife's phone number only to be told tersely by strange male voices not to call again” [Guardian, 11 August 2014]

Numerous sources have reported executions, beheadings, rapes and sex slavery in the streets of Mosul and across the region with Christian websites posting particularly graphic videos and photographs which I am not going to link to here.