Islamophobia In Both Political Parties 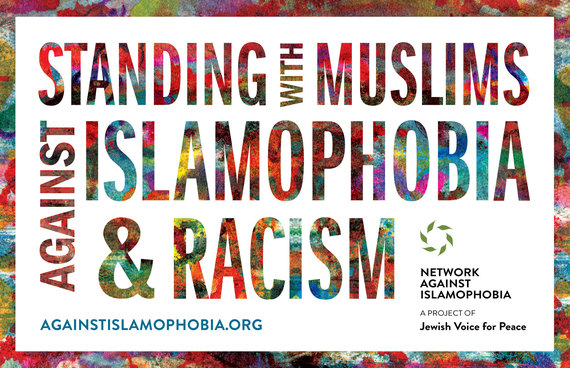 Sunday evening's debate revealed the deeply-held and dangerous Islamophobic views and positions of both candidates and political parties. One particularly pernicious view that we heard stated, as if it were a given that requires no discussion, is that Muslims are responsible for reporting (to law enforcement and those in power) bad things happening within their communities. Both candidates responded to the following question by a member of the Muslim community: "You've mentioned working with Muslim nations, but with Islamophobia on the rise, how will you help people like me deal with the consequences of being labeled as a threat to the country after the election is over?" Donald Trump said: "We have to be sure that Muslims come in and report when they see something going on. When they see hatred going on, they have to report it," while Hilary Clinton answered: "We need American Muslims to be part of our eyes and ears on our front lines." And they each then spoke about defeating ISIS as if that were a natural, logical part of the conversation when talking about Muslims in the U.S.

This view--that conflates Muslims with ISIS and requires Muslims to demonstrate their allegiance to the U.S. by identifying and reporting those "bad" Muslims--feeds into the racist and anti-Muslim propaganda about who commits acts of violence in the U.S. and who is responsible for that violence. In fact, acts of violence, even if they are not called "terrorism" (a term that is discriminatory in how it gets used), are committed by every race and religion (and disproportionately by white men). Further, when someone from a particular group commits an act of violence, who is responsible for it? (Answer: not each and every member of that group); and who is responsible for condemning it? (Answer: not each and every member of that group). This perspective about culpability is also devoid of any analysis that addresses US-sponsored racial violence, both within the U.S. and across the globe, which is exactly where discussions of who is responsible for violence should start.

This whole framing simply doesn't speak to the double standard of what and whose actions are considered terrorism (ignoring the terrorism of white Americans and of the State), what gets covered by the media (focusing on sensationalist, anti-Muslim propaganda), and how easy and "normal" it is to hurl false assumptions of guilt against an entire people (something that we would--selectively--scream bloody murder about if it happened to other communities).

It also doesn't speak to the fact that these totally fabricated narratives enable the U.S. government to demonize, target, and surveil entire communities while also bombing Muslim-majority countries across the globe.

This is not to suggest that all manifestations of Islamophobia are the same. The kind of Islamophobia in Donald Trump's campaign is vile (and worse) and encourages hatred of, and violent incitement against, Muslims in the U.S. But the Trump campaign is not alone in promoting Islamophobia. The more "liberal" version also supports unwarranted suspicion and surveillance of Muslims and is also deadly, rationalizing and furthering US policies across the globe that harm (and bomb) Muslims.

If we are to understand the extent of Islamophobia in the U.S. and how we can challenge it, we need to understand the ways both parties promote it to further anti-Muslim policies. Former President Bill Clinton's statement at the Democratic National Convention, for example, is revealing (supposedly pro-Muslim, but actually anti-Muslim), not because he is the Presidential candidate's spouse but because he is the former President and reflects Democratic party politics: "If you're a Muslim and you love America and freedom and you hate terror, stay here and help us win and make a future together, we want you." The Islamophobic assumptions in this one sentence are shocking. Or they should be. Think about this statement a bit more. It assumes that Muslims aren't part of "us" (who is "us"?); it assumes that Muslims have to condemn terror and love America more than anybody else (you know, conditional acceptance for those "good" Muslims); it assumes that Muslims have to help "us" "win" (again, who is "us"? and win against whom?). And it assumes "we" (the white supremacist system) will then deign to consider Muslims as "wanted."