Jennifer Worth: Shadows of the Workhouse

Workhouse of horrors: How this medieval hell of beatings and sack cloth exists within living memory | Daily Mail Online 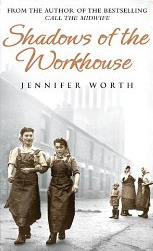 In a new book by Jennifer Worth, Shadows Of The Workhouse, the former nurse and midwife recounts stories told to her by inmates of a 20th century workhouse in London's East End.

Worth's generation grew up in the shadow of the workhouse. Thousands of people lived in constant dread that some accident or illness would overtake them, leading to destitution and to that place where husbands were separated from their wives, and mothers from their children. People who witnessed neighbours going into the workhouse never forgot what they saw.

The workhouse, in its heyday, was intended to be a form of social welfare for those with nothing. In practice, it was seen as a dark and terrible fate. Not only the destitute were confined in them: workhouses were used as a dump for the mentally and chronically ill, and the disabled. 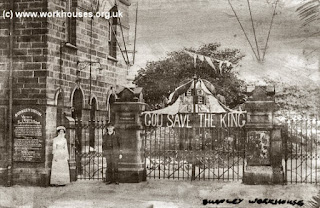 The workhouses were officially closed in 1930. But since there was nowhere else to house thousands of institutionalised people who could not be expected to adjust to the outside world, they continued under other names well into the second half of the 20th century.

Inmates were allowed out; creature comforts were provided and families were kept together. But they continued to be run as institutions, by masters and officers whose attitudes were often set still in the 1900s.