blogcatalog
Ramblings Post #330
And I wonder in the dark of the night, can you still see the light, can you still be alright, can't you see I don't want to fight, etc and so on. Song lyrics man. That's the lick. That or dog grooming. Or underwater basketweaving, which I understand is big among athletes as a second career.

I should be working on my album. The working title is 'A Million Years and fifteen minutes in the Making' 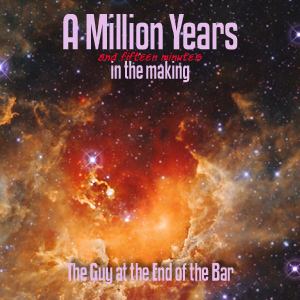 I think this is possible because I have the app Garage Band on my pad and I've actually created two or three decent songs. And I'm not talking about using the loops that come with the app and blending them, I mean I've loaded the individual instruments and plucked out the individual notes and added vocals to create actual original music. I'm no Kanye (poor, poor Kanye) but the songs I've done might qualify as jazz fusion eclectic experimental, if of course you have some tequila before you listen. And aren't really paying attention. It could happen.

This comes up because as I keep procrastinating about finishing this book that's almost done, and gearing up for this certification in January (I'm studying more than I'm writing) I keep looking for the right music to listen to while I study....er, write.

Anyway, last night as I flipped through white papers and the study materials I stumbled upon radio.garden, a website that lets you tune into radio stations around the world. And I tooled about listening to stations in Latvia and Rome, popping into London and then down to Marrakesh where it was bumping. I find it interesting just how much American music is listened to around the world, even in countries where the DJs don't speak English. When I look at it like that, I can see how some are terrified of the cultural influence this little piece of North America. But this isn't a political screed, this is just listening to music from Iran, Beijing and Spain and hearing the same songs.

Back to my album, which I'm now inspired to create and put on soundcloud. I'm going to make that my February project, after this certification. And the book.
Now, I guess, it seems more real, because who knows, maybe I'll even hear it on the radio somewhere. Probably not.

Barkeep. I heard about this drink they make in Norway on the radio. You got any Yak milk? You do? Then you'll need a bull horn, some Svedka vodka, a boiled egg....