blogcatalog
My hat is off to Kaci HIckox. She volunteered to go to Africa to help fight Ebola, and thus help keep it from our shores. She then struck a blow for our own political freedoms by exposing many politicos, pundits and three Governors for the fear mongering, anti-science, vindictive bullies they are at heart.
Chris Christie, you say you will go to"any length" to protect the citizens of New Jersey from Ebola. That is not your job, it is the job of the New Jersey State Department of Health. You and all the other medically and scientifically challenged authorities should stand down and let the qualified professionals do their job.
Our nation has a sorry history of trampling the constitutional rights of the citizenry when fear mongering politicians and the media stoke up the worst instincts of people. The internment of Japanese-American citizens during WWII, the excesses of the McCarthy paranoia and the "Patriot Act" all come to mind. Now the threat is from "Ebolanoia".
A story comes to mind: A man is walking down the street, snapping his fingers in rapid succession. Another man asks him "Why are you doing that?" The first man replies "To keep the Elephants away". The second man says "But there are no Elephants within thousands of miles of here!" To which the first man says "Works pretty well, doesn't it!"
The internment of the Japanese Americans proved to be unnecessary and wrong, as did the anti- communist fervor of the early fifties. If the truth be told, the worst measures of the Patriot Act will prove just as ineffective, and just as wrong. Yet our precious freedoms and liberty have been eroded and damaged, perhaps beyond repair.
Kudos to Kaci for a blow for rationality in the face of fear! 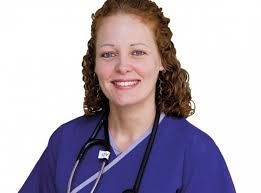 While you are here, scroll down or jump to July 2012 and read a sample of the book "The End of Shift Report". Thank you for visiting!