a kaleidoscope of colour

When I posted The Long Way Home last November, I neglected to mention that there are two routes I could have followed: one that takes a wide swing to the north—the one that I described—and one that takes an equally wide swing to the south. It’s rare for me to follow this latter route on foot, because at some stage I will have to cross a busy main road, but it’s probably true to say that this option is more interesting.

One point of interest, which I wrote about in An Unhappy Garden, is Happy Garden, an abandoned garden with an ornate entrance that includes steps and a masonry gateway. At that time, this entrance was in a severely dilapidated condition, but in 2015, Drainage Services constructed a nullah* alongside the road that passes in front of the steps, during which the entire entrance was ‘restored’. The nullah, once completed, was covered with narrow concrete beams, which now function as a discrete ‘sidewalk’ alongside that stretch of road.

I cycle along this section of road quite frequently, but I hadn’t walked along it since the nullah had been completed—until yesterday, when rain and low temperatures combined to make my normal bike ride on a Saturday morning with Paula a distinctly unattractive proposition. We saw nothing unusual until we reached the sidewalk section, but at this point I was staggered to find the concrete beams awash with bright colours. The oil that was creating these colourful patterns could not have come from a motor vehicle, because there is a barrier between the road and the ‘sidewalk’, but the entire 30-metre section was covered with a thin veneer of something that was refracting the light. I wonder if it originated on the hillside above.

Anyway, as was previously the case with Colour Field Analysis and Christmas Flowers, in which all the images were collected on a single day, I’ve decided to post a selection of the photos I took yesterday. I’ve assigned purely neutral titles, but if anyone wants to suggest titles for any image in this collection, please feel free to do so. I would also welcome opinions on which of these images you find most appealing. My own favourite is #6.

* A nullah (one of a very small number of words that I’ve only ever encountered in Hong Kong), is what would be called a culvert in the UK. 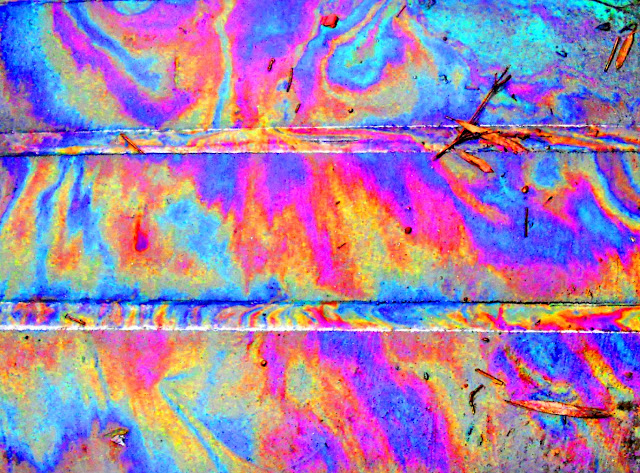 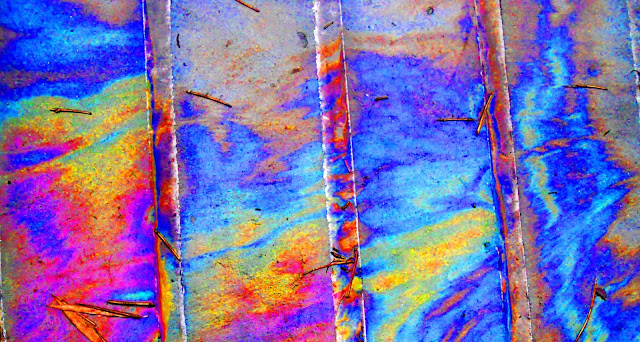 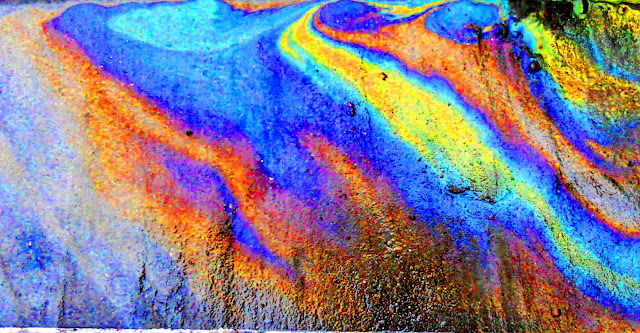 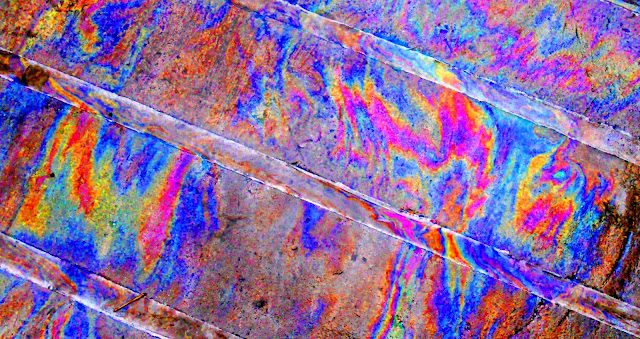 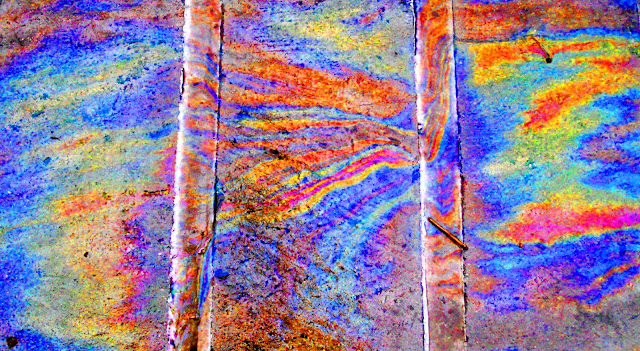 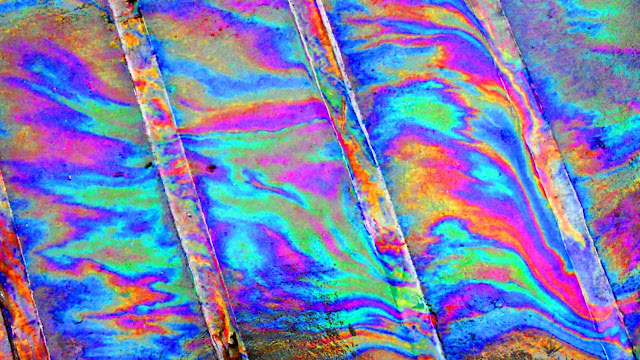 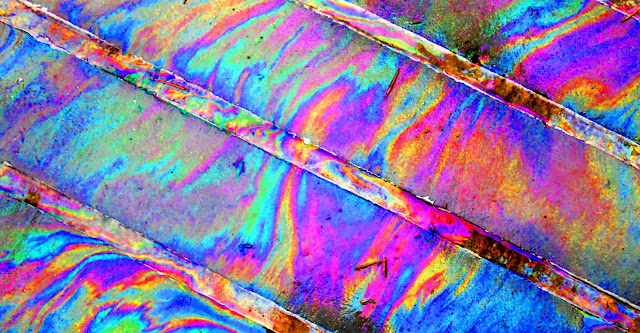 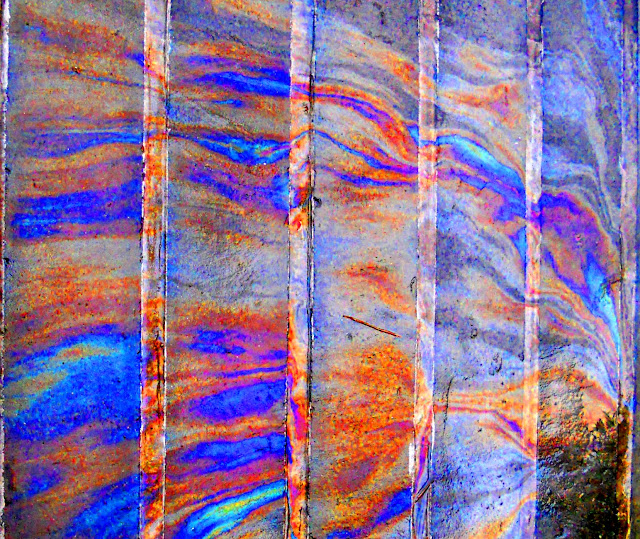 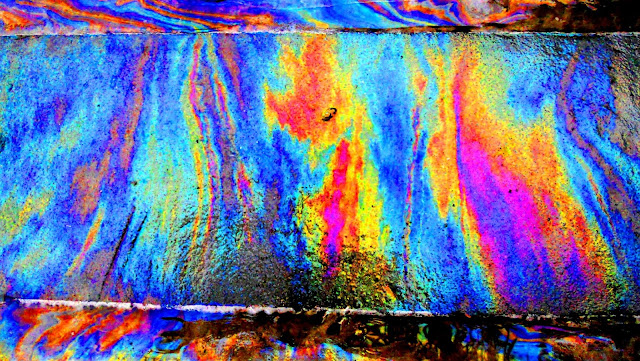 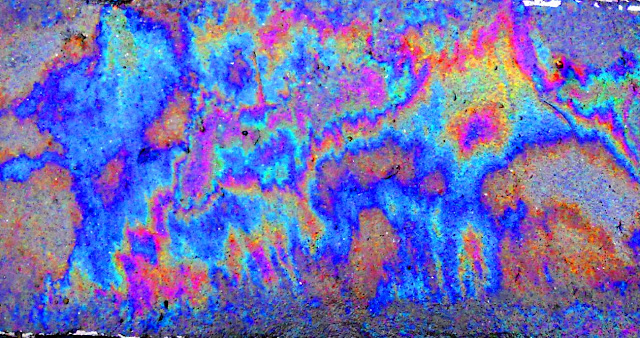