The Kids Are Alright. Aren't they? 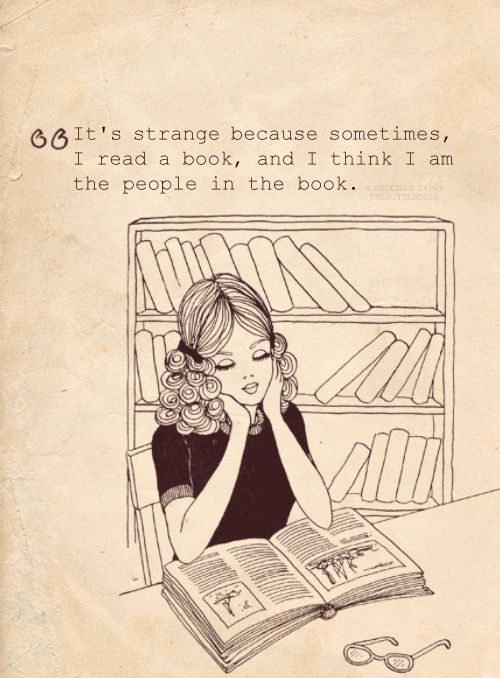 There are many things I 'favourite' when I peruse Twitter, ready for a moment in the day when I can chew over them with more thought.
And then there are things which are so important you feel as though you should print them out and file them in an alphabetized wallet, so that should you ever happen to become netted in conversation with someone with a really warped view of reality, you can whip them out and wave the evidence in their face.
This, a couple of weeks back, made me want to do exactly that: 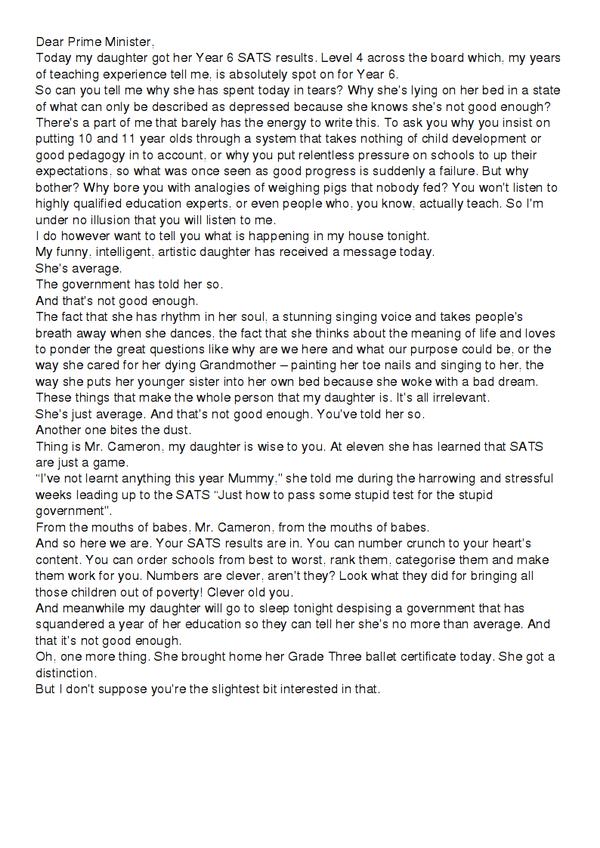 The fact that she has rhythm in her soul, a stunning singing voice and takes people'e breath away with her dancing...it's all irrelevant. She just's average".

Yeah, my five year old nephew can list off the names of prehistoric dinosaurs and can draw a family portrait will fifteen distinguishable family members but it doesn't stop the primary school from sending a home a chart that grades progress, leaving two rows noticeably unticked denoting he's not quite up to scratch.

It's desperately sad that even in 2015, we still cling tyrannically to an outdated educational structure that devalues the arts. But it's rife. Even when I was at school, art class was roundly derided - an opportunity to try and lock the teacher in her supplies cupboard perhaps, or throw vegetables meant for still life drawings at one another. Even English was a total piss about, when on a rainy afternoon, you could be sure of a chance to kick back and relax after P.E, as an old TV was wheeled out in front of you for another re-run of Romeo and Juliet.

As I wrote recently, our schooling and education systems still place precedence on traditional forms of analytical intelligence for a world of work which favours information-based industries. This is a massively misguided move, for ignoring Creative Intelligence - the ability to become apt at problem-solving, free-thinking, imaginative, risk-taking people - is actually the cornerstone of an innovative society.

Someone on twitter beautifully summarised the state of education recently.

"There are time I look back with my friends on education, and think, 'what the hell WAS that?"

The sad fact of the matter is that the education system doesn't want to cultivate curious, free-thinking kids with a passion for independent learning or pushing the boundaries of what's possible in their future careers, because then they'd effectively end up challenging the status quo.

A lack of knowledge keeps kids down, but so too does poverty. A recent study entitled "Downward mobility, opportunity hoarding and the 'glass floor'" from the Social Mobility and Child Poverty Commission found that children from wealthier families with less academic ability are 35% more likely to become high earners than more talented children from disadvantaged backgrounds.

"For those at the top for whom 'demography is destiny', the social and economic standing of those at the bottom of the heap will never affect them enough to care"

The study found that, unsurprisingly, "if policy makers are determined to increase social mobility in a climate where 'room at the top' is not expanding then the factors that limit downward social mobility will need to be addressed".

Yes, children will never achieve their potential with crap opportunities and few or no connections. But for those at the top for whom "demography is destiny", the social and economic standing of those at the bottom of the heap will never affect them enough to care.

And what about the children who have really bad starts in life? That's the type of child that Kids Company, an organisation that works therapeutically with vulnerable children aims to help. It's founder, Camila Batmanghelidjh, has come under fire recently for apparently mismanaging funds. It's drawn an unwarranted amount of nitpicky scrutiny to a company that's saved many lives and fought to provide opportunities. Not only that, but Batmanghelidjh has been asked by the government to resign as a condition of it giving the company £3 million.

The fact of the matter is, that under the direction of Batmangelidjh, thousands of vulnerable children, young people and their families would be in the gutter. Over 19 years, she's raised £150 million, not to mention pioneering a transformational way of healing disturbed children, so they have a chance of growing up and becoming teachers,lawyers, accountants - those jobs that kids higher up the social scale wouldn't even think twice about bagging. This is also a woman who wears clothes made from scraps of fabric the kids find for her. The government intends to kick out Batmangelidjh, after David Cameron used her as a prop in a bid to seem compassionate. It's staggeringly short-sighted to be unable to recognise that the reason many kids turned out alright in the end was because of her, not in spite of. Yes, they think she's surplus to requirements now - and what are we supposed to deduce about their attitudes towards disadvantaged children as a result?

"The energy, warmth and optimism Michelle managed to bring in one visit underlines what we're so woefully lacking from the powers on high in this country"

And what of the fact that the First Lady herself, Michelle Obama, managed to fly over to East London to the Mulberry School for Girls to promote the Let Girls Learn initiative? This area in Tower Hamlets, one of the most deprived boroughs in the country, where 70% of children receive free school meals, is hardly frequented by the great and good of this country, more's the pity. The energy, warmth and optimism Michelle managed to bring in one visit underlines what we're so woefully lacking from the powers on high in this country - simply because she has empathy in abundance and recognised the schoolkids as equals. In my opinion, she really showed up policy-makers apathy towards children in need.

"I look out all you young women and I see myself. In so many ways your story is my story".

Can you imagine anyone from our parliament saying that?

The world needs "more girls like you to lead our parliaments, our courtrooms, and universities".

When, in the slew of soundbites in politicians rhetoric, do you ever hear any lines like that?

It wasn't so long ago that the Secretary of State for Education Nicky Morgan told teens to steer clear of the arts lest it "hold them back for the rest of their lives".

But I'd like to say that art can actually heal a lot of broken children that have been long been passed over to the scrapheap; and adults for that matter too, if only they were allowed to get in touch with their creativity.

So no, the kids aren't alright. They're over-assessed and under-stimulated. Many of them will never be told that they have potential to do great things, as Michelle Obama told the Mulberry schoolgirls. Plenty will continue to be disadvantaged and deprived of opportunity because of university fees and the loss of housing benefit and power internships obtained through nepotism. This self regulating feedback loop of poverty, poor education and a hermetically sealed 'glass floor' will continue to flow until someone stands up in government and takes accountability for struggling kids.

Anne Fine recently spoke on BBC Woman's Hour about how schools are insisting on making kids read British Literature instead of doing creative writing. "Children will get out fiction what they NEED to get out it" she said. Stories in which the characters are relatable provide inspiration and motivation. Can you imagine a future where kids read about children suffering at the hands of social mechanisms and think to themselves "ooh that's just like me?" We need to change the narrative of social mobility fast if we don't want that happen.