Kim Zupan Buries Up The Ploughmen 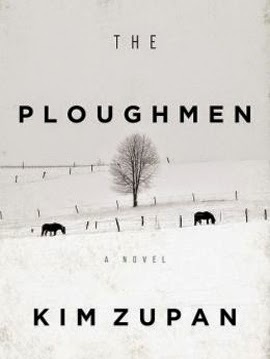 The Ploughmen by Kim Zupan is a bleak and haunting novel that brings together a brutally adept and aging killer with a venerable and lonely sheriff's deputy in Copper Country, Montana. Between the bars of a county jail cell, these two men forge an unlikely bond as killer John Gload begins to tell his guard Valentine Millimaki about his sociopathic tendencies.

Millimaki, surprisingly introspective and thoughtful, initially begins listening to the 70-something killer as a means to draw out confessions and close open cases that had plagued Montana and other law enforcement agencies for years. But as time wears on before the killer can be brought to trial, Millimaki begins to seek counsel from the wise and unflappable man.

The Ploughmen seizes on an uneasy bond between a criminal and jailor.

After Millimaki draws the night shift as the sheriff's newest recruit, he discovers that Gload's insomnia is the only place he will find any solace during the the long hours of solitude. And as the two men exchange stories, they eventually find common ground in their appreciation for both farming and nature.

On one hand, these two men could not be more different. Gload, who confesses to committing his first murder at 14, turned away from farming and toward a life of crime after deciding he never had to do a day's worth of honest work again. Millimaki, on the other hand, turned away from it to escape a haunting memory of his mother hanging herself in the family barn. And in other, they recognize one in the same as ploughmen — one who tills the earth to bury his victims and the other who digs them up. 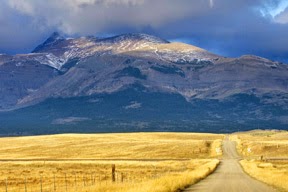 As the two men draw figuratively closer, Millimaki begins to confide in Gload about his failing marriage. Without missing a beat, the old man begins to give the deputy advice on which deputies to be weary of for one reason or another. Such exchanges become increasing valuable to both men until it becomes increasingly unclear whether or not Gload is sincere in his sentiment or indoctrinating an impressionable young deputy much like he did the boy who accompanied him on a series of murders that open the book.

Eventually, the novel does take a turn toward violence. All the cards are laid out: whether Gload is baiting or protecting the deputy, whether Millimaki has begun to envy the prisoner as a man of action, whether this person or that person will be brutally murdered for their carelessness in crossing paths with either man. 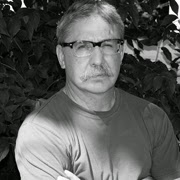 A native Montanan, Zupan lives in Missoula and grew up in and around Great Falls, where much of The Ploughmen is set. For 25 years, he made a living as a carpenter while pursuing another passion — writing fiction.

As a debut novel, Zupan hits the mark in allowing the relationship between the two men to happen on its own terms. Where he misses a beat or two is the opening chapters when Zupan sets the vastness of Montana at the feet of his readers with passages that meander on beautifully but not poignantly. It isn't until a few chapters in where he finds the right pace to the story as well as the stories that lead up to this one.

The Ploughmen By Kim Zupan Buries 7.4 On The Liquid Hip Richter Scale.

Kim Zupan tackles the last remnants of the American West at a time when civilization wanted to master its vastness and outlaw highwaymen like Gload no longer had a place. And he tackles it with an exerted command for the language and fully realized, masterful characters who are equally capable of earning sympathy as much as disdain.

The Ploughmen: A Novel by Kim Zupan is available on Amazon. You can also download the novel for iBooks or listen to the audiobook via iTunes. The story is narrated by Jim Meskimen, who brings both characters to life within the rugged landscape of Montana. Barnes & Noble also carries The Ploughman by Kim Zupan.