KRIBHCO announced to set up a P&amp; K fertilizer plant in Andhra Pradesh 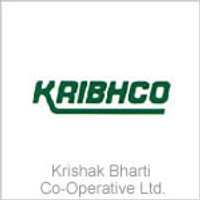 The cooperative giant Krishak Bharati Cooperative Limited (KRIBHCO) currently produces urea fertilizer. Now the company is entering into another variant of fertilizer production. The farmers' cooperative giant has announced to set up a Phosphoric and Potassic (P& K) fertilizer plant at Krishnapatnam in Andhra Pradesh with a total investment of Rs 1000 Crore.

The Andhra Pradesh government is offering power at Rs 1 per unit for next 10 years, VAT exemption for next 7 years and host of other incentives for establishing new units in the state. To get the benefits of these offers KRIBHCO will establish its first P&K fertiliser plant in the state and will save about Rs 500 crore.

The Krishnapatnam Phosphoric and Potassic (P& K) fertilizer plant will produce 6 lakh tonnes of P& K fertilizer annually. It will take 4-5 years for the project to become operational. There are also plans to increase the capacity of this plant in the second phase and take the total annual capacity to 1.2 million tonnes per annum.