The largest AIDS memorial in the U.S. 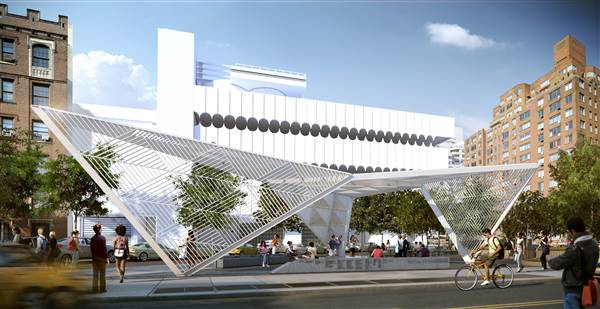 The idea for the New York City AIDS Memorial was first born in early 2010 while Christopher Tepper was reading “And The Band Played On,” one of the definitive histories of AIDS in America, for the first time. A midwesterner by birth, Tepper was shocked by how much he didn’t know about the early years of the AIDS crisis, even though he had never lived in a world without HIV.

“I found that what was really disturbing was that that ignorance that I had was really prevalent across a lot of my peers,” he told NBC OUT.

Tepper was equally shocked to read about so many new heroes within the LGBTQ community, who he had never had the opportunity to learn about while he was in school.

“One of the things that was really upsetting to me was that there was this giant community of heroes, of activists and caretakers, who really should be like war heroes up on pedestals and honored by our community,” Tepper said.

READ THE WHOLE STORY  about the largest AIDS memorial in the U.S.  @  NBC