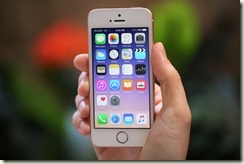 And so it begins.

I’ve been a cell phone user since 2008. The crappy kind of cell phone with the capability for only old school texting. The kind where you put only a handful of minutes on it each month for emergency calls. The kind that gets you laughed out of the room if you dare show it to anyone.

I deserve it, though. See, I’m a computing consultant by trade, surrounded by cutting edge technology every second of the day. And yet, I used a ridiculously outdated Nokia that I called my “Playskool phone” because it really was. Actually, even toddlers would point and laugh at it.

But now I have to be dragged into this century kicking and screaming because ATT won’t support my phone anymore. “Come on, Kathy. You can do it. Everybody’s doing it!”

Why have I resisted coming into the smartphone age? For a couple reasons:

1. The cost. I don’t want a new large monthly bill that I will surely have the rest of my life. We’re always trying to cut costs and now we’re negating all that effort.

2. I’m already plugged in everywhere I go, except my car and leisure stuff. Laptop at work, laptop at home, iPad at work and at home. Yup, my iPad is on the nightstand because it’s the last thing I check before calling it a night. I don’t want the last slivers of freedom from technology consumed by yet another device.

Sure, I could just let my 2G Nokia die a natural death and leave it be. Live my life cell-phone free and continue to have people question my sanity.

I was all set to fade into the connection-free abyss until I needed a phone in a bad way last weekend.

After doing steps at a local football stadium with my sister, we went to leave and I discovered my car battery dead.

Luckily, she hadn’t driven away yet and she has a phone. So I called my husband to come with jumper cables, which he did. My sister’s like “GET. A. PHONE. ALREADY.”

The next day my husband dropped me off at a job fair so I could hire a student assistant for the year. I don’t always stay at these fairs for the entire time allotted and didn’t want to tell him to come pick me up at the end. If I wanted to leave early, how would I reach him?

No phone, only email on my iPad. So the poor guy had to keep checking his email from home to see if I sent a “Come get me” message. Ridiculous, I know.

Yeah, I could have asked my table-mate to borrow his phone to make a call home, but then he’d realize I didn’t have one and I’ve had enough people laughing at me this week, thank you.

So here I am in the market for an iPhone and it’s crazy what they cost and how much the monthly bill will be. Part of me thinks I should just get a pay-as-you go Playskool phone again, but the other part sees the value in upgrading to something more full-featured.

When the gal at the ATT store laid it all out for me, I complained about cost at every turn. Data plan, cost of phones, installation fee, taxes, accessories. Even with my discount from work, it’ll cost something like $120/mo for two of us and that’s not including the cost of the phones.

The saleswoman said “Wow, I haven’t seen someone like you in a long time.”

What? Someone who’s disgusting by having to attach myself to a never-ending bill every month for something I wish I didn’t need?

I don’t know. I hate it, but I probably deep down want it. It’s like exercise. It’s good for me, but it costs time and effort. The phones and plan will cost me mucho bucks and freedom from every-waking-minute connectivity. I’m not the sort of person who can disconnect easily.

And so it begins.