Learning to "Listen" and Follow The Current of My Meditation

What a beautiful, sunny Sunday it is here in Los Angeles.  I woke up as planned to do my morning meditation which I did, Now if I were keeping with my new schedule I would have been preparing for my Spanish session followed by a trip to my local LA Fitness. My body had other things in mind. 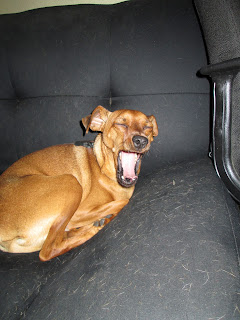 You see, I spent so much time during Saturday's workout session on an ab machine, my body went into shock. I was able to do some plant shopping at Lowe's directly after my workout. However, after transplanting a rather large Mother-in-Law's Tongue plant into two containers to decorate my bedroom, I found myself unconscious on my bed. I slept until about 2 pm. Much of my Saturday is a bit of a fog as my ever present sore ab muscles made my plans of apartment cleaning a dream I would undertake another day. After publishing my blog post yesterday, my body led me back to bed and I continued to sleep the day away. I woke again sometime in the evening to squeeze in Rusty's second walk around the neighborhood.

Still feeling groggy, we returned home and I relaxed, did my 2nd meditation session before I visited Jordan Bach's website, The Bach Book, where I watched a clip of Oprah Winfrey giving a speech at Stanford on Living A Meaningful Life. It's an inspiring speech. It was late and in the middle of my viewing Lady O, just below my balcony window, an obviously drunk woman sat in the alley of my apartment building and proceeded to scream at her soon to be ex-boyfriend for cheating on her with some woman and keeping it a secret for a year. In the privacy of my own bedroom, I felt like an intruder on their conversation, so Rusty and I took a late night walk. I returned later, finished my inspirational viewing and fell once again into a deep sleep.

I awoke today, now with the rest of my body as sore as my abs still were. LA Fitness was not on today's menu. I am happy to say, I did fit in my Spanish session, albeit later than planned. As if a repeat of Saturday, I fell asleep only to be awakened by a group of women from a neighboring apartment building screaming at each other for some unknown reason. Rusty and I took it as our cue to go for his walk. We returned and, yes, I found myself back in bed. I have only felt this exhausted after running the LA Marathon. While in bed I noticed I had been sleeping next to the second book picked up from The Illiad Bookshop during the week. It is entitled "The Heart of Meditation: pathways to a deeper experience" by Swami Durgananda. Truthfully, I have no idea why I picked it up other than impulse.  I only read the book's Foreword and I realized this book has, in some way, a part to play in the journey I am now on. Swami Durgananda writes: 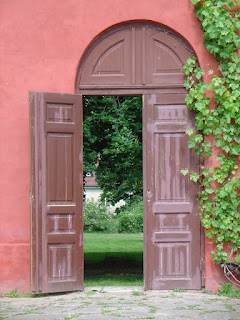 "Meditation is the basis for all inner work. We might struggle conscientiously to change our limiting qualities; we might saturate ourselves with instructions and help, both concrete and subtle. Yet in the end, it is the direct, naked encounter with our own Awareness that shifts our understanding of who we are and gives us the power to stand firmly in the center of our being. No one else can do this for us. Only meditation unlocks those doors."

After reading this, I suddenly realized this was in essence exactly what Oprah was talking about in her lecture but I allowed the distraction of the drunk lady under my balcony to overshadow the message I was given.

I find myself in the midst of a mini epiphany. There are so many things going on around me that may seem completely irrelevant but may hold something, whether it be as simple as a thought, or a passing comment that I am meant to hear if I a open to the hearing. So what am I saying?  I have been expecting some big revelation to appear within the silence of my meditation practice, and in the past this is where I would get frustrated and give up. However, what if part of the point of meditation is, the practice of getting quiet in my mind allows me to be aware of messages sent my way through the seemingly random experiences of daily living? What if there is something to be gained by questioning why of all places that woman last night decided to have her drunken rant under my balcony? All of a sudden, every moment of my day has the potential to teach me something.

I would much rather see my life as brimming with endless possibilities for spiritual growth. Listening, living more mindfully, seem to be the inescapable messages the Universe is sending this weekend.