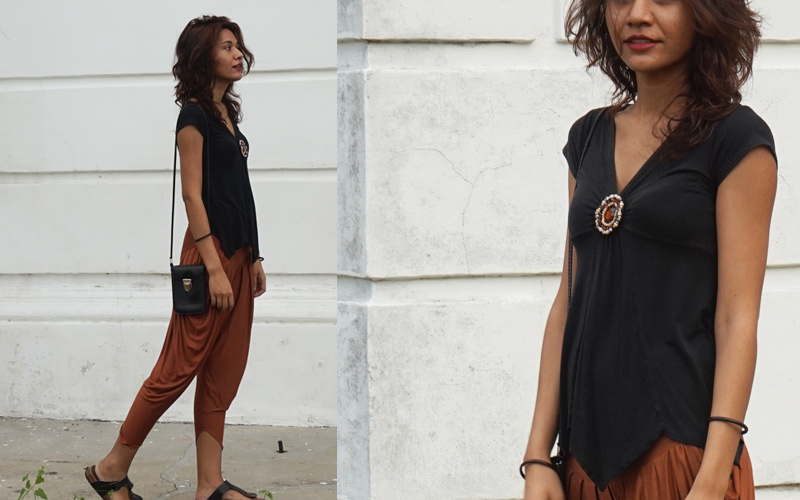 The time I basically haunt an old abandoned library in a casual outfit of black and brown.

Hi folks. How have you all been? Weather good? Had your tea? I hope you’ve all had a good start to the day and if you didn’t because your hair got tangled in the comb, then rest assured, it will get better. I was swarmed with a bunch of stuff buzzing in my head. Trying to manifest all of it into action reveals a certain physical limit. I’m only one person with two arms, and there are 24 hours in a day and that if I could just make do without sleep, I could make it all happen. But alas, it’s futile to speed and rush. I’ll organize myself better.

Anyway, this post has been up in the queue list because I was so psyched about my Aladdin or genie pants or the drop crotch pants perfect for dancing. I did not dance but hopped around during the shoot which took place at the old and abandoned historical building that used to be a library, back in the day. I have a memory of being inside its silence walls, with books lining up the shelves and a group of high school friends chit-chatting in a low key way because hello, it’s a library.

The thing about libraries that makes me feel utterly at home is this; the scent of papers and the rustling of pages from old books, the underlying tranquility akin to being immersed at a holy temple, church or a mosque but way, way better because it lacks the imposed constraints of ritual, aside from logging in the book you want to borrow at the counter and logging it out for its safe return. The whole place for a bookworm like me is a wonderland, drenched in words and pictures. So, when I dragged my mom to join me on this impromptu adventure, I really felt like a kid who had the chance to walk down her memory lane for a bit. Even though some will say that the building is scary, it is actually rather tame as the place that attracts quite a crowd during the weekends where couples about to get married or are celebrating their engagement go to make photo memories bringing along them pro and amateur photographers.

Just last weekend, I noticed that there were other types of people too. Kids graduating and their dad or a family member excitedly directing them to pose for the camera. Selfie types will be quite thrilled to find themselves here. When we went there during the weekday, the place was ours and I was the ghost haunting the quiet corridors, and an internal balcony that looked out into the staircase that led up to the second level of the deteriorating white building.

Mom wasn’t too thrilled but she went along with it, taking photos of me twirling here and there appreciating the little ways that nature crept and invaded the nooks and crannies around and inside the building. Some of the windows were broken due to age and the bashing of the elements and I loved that worn down appearance of abandoned places. If you’re from my town, this would be a perfect spot for a Halloween type of photo or video shoot. 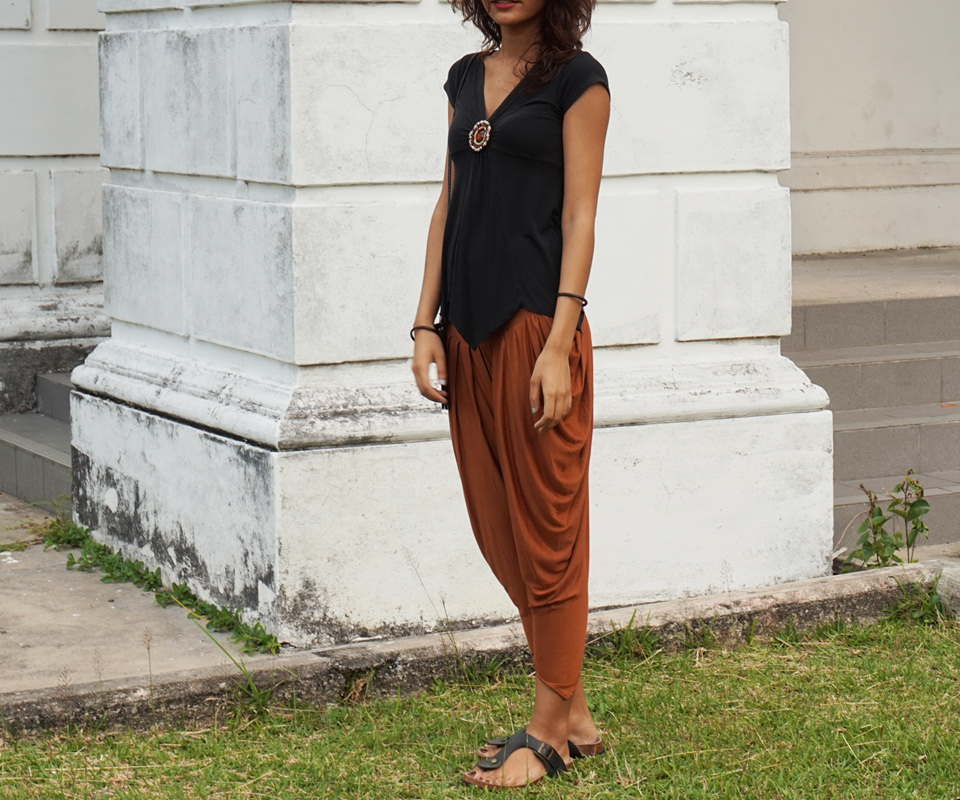 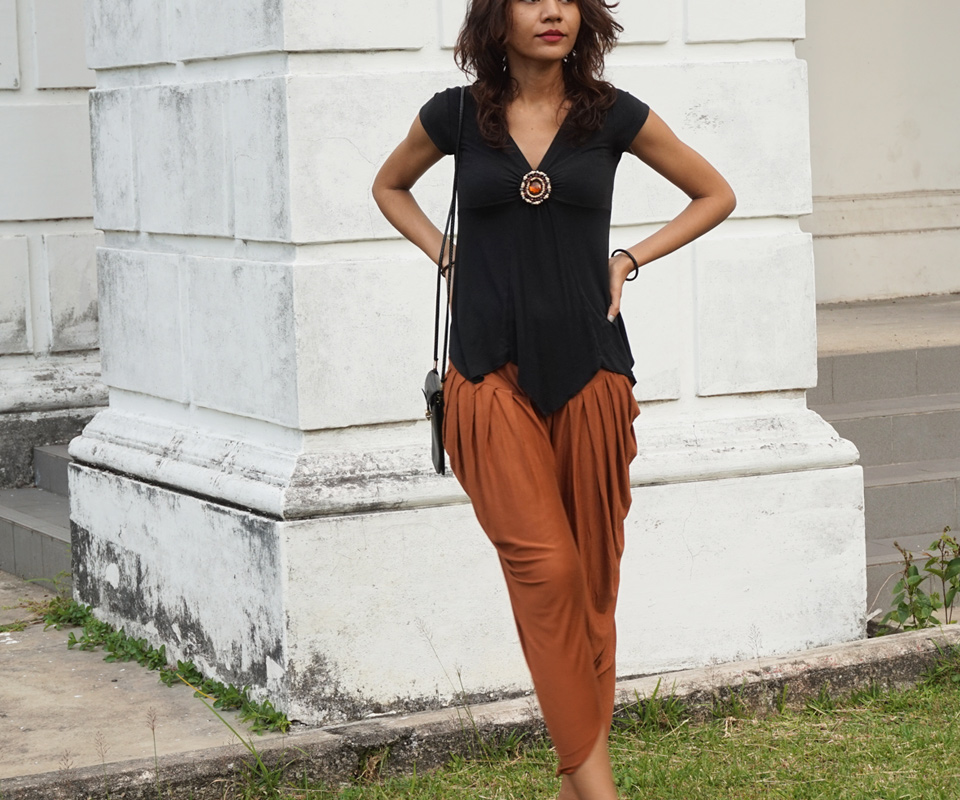 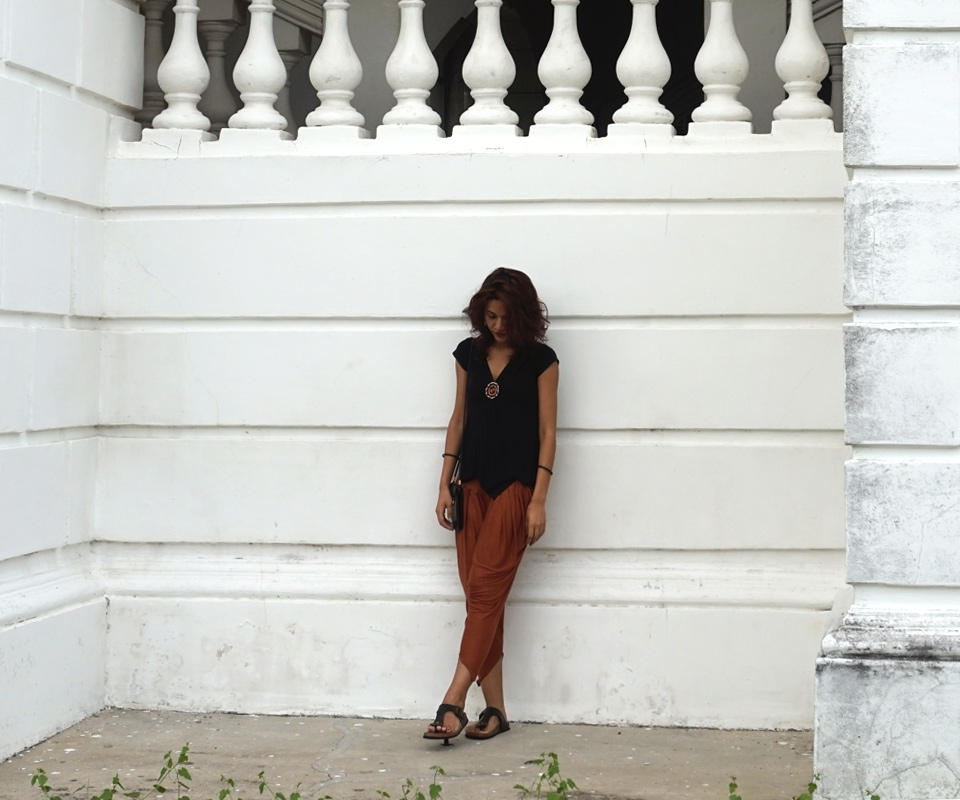 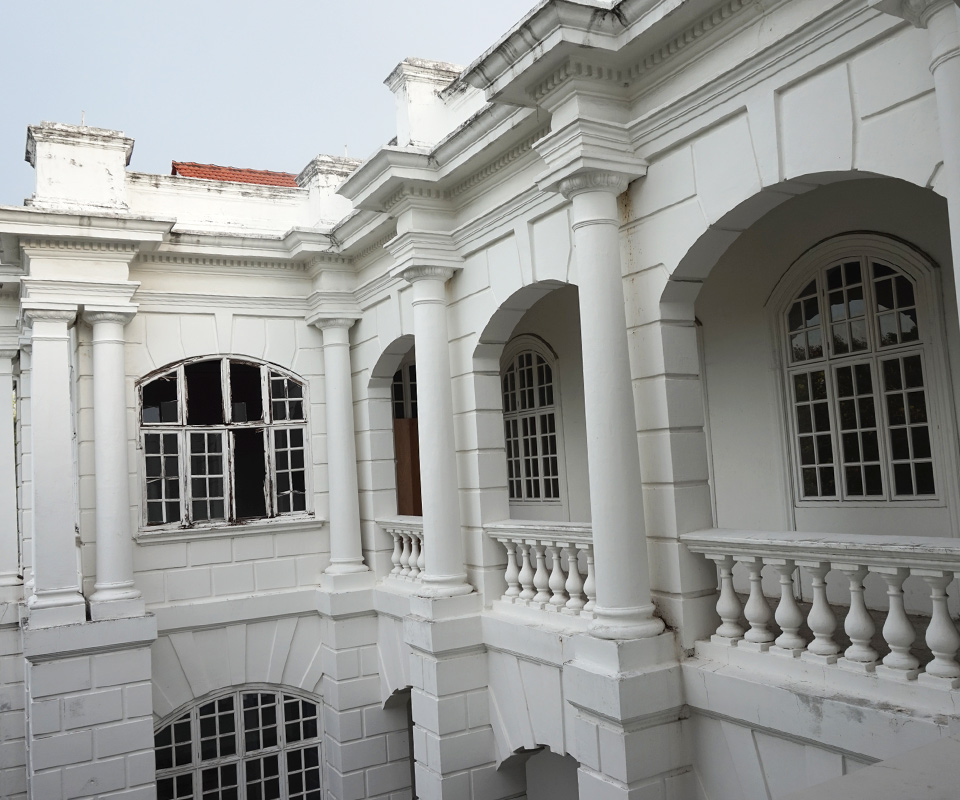 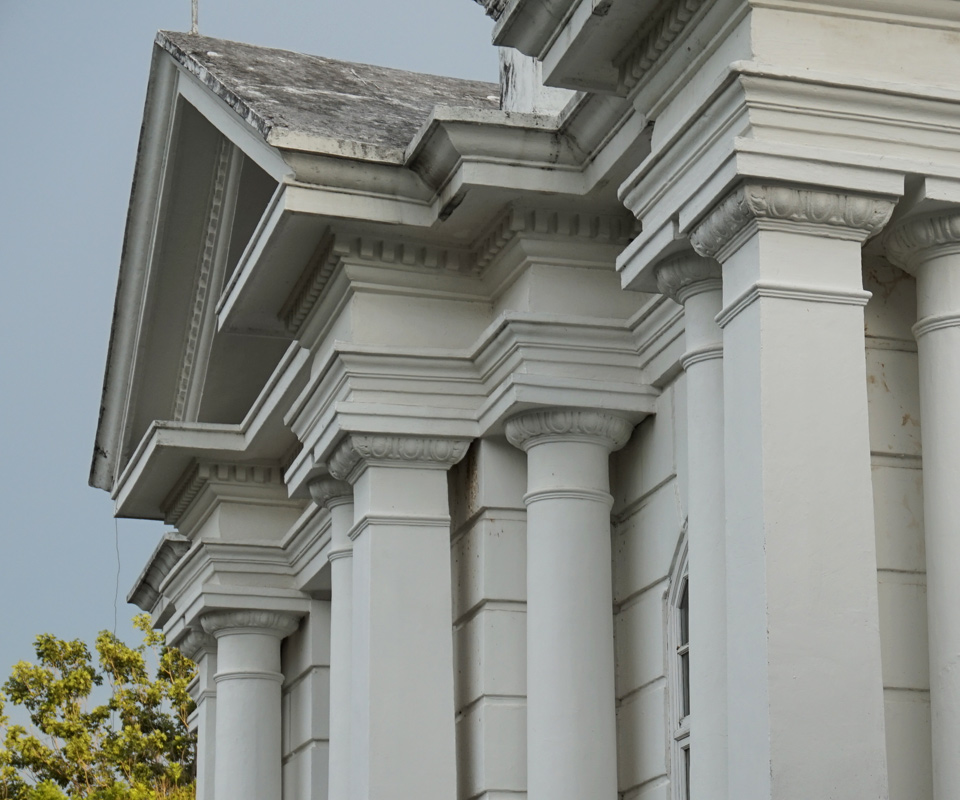 I wore a black V-neck blouse with a decorative center beading, and an irregular hemline, with the front lower than the back. This top is ancient, it could be well over a decade and still remains a favorite. The brown drop crotch pants I’d just snagged from a sale and the flip flops, well you’ve seen that before. The whole look is composed of a black and brown color persuasion, one that I’ve always loved. It’s a casual outfit perfect for a typically casual humid day outing in Malaysia. 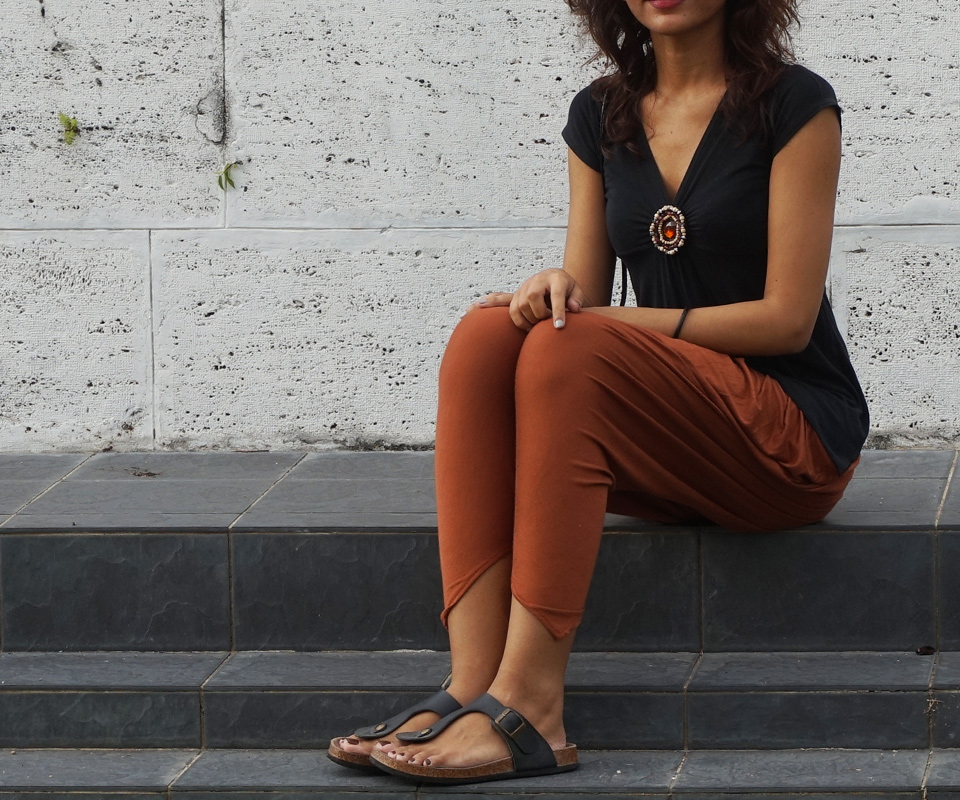 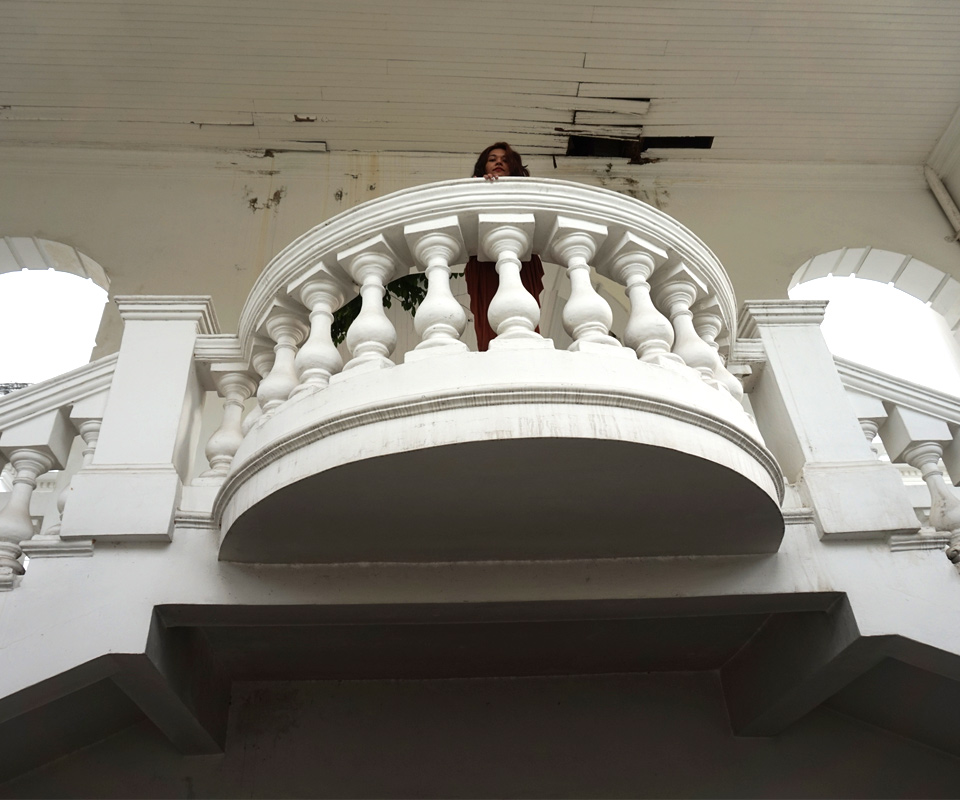 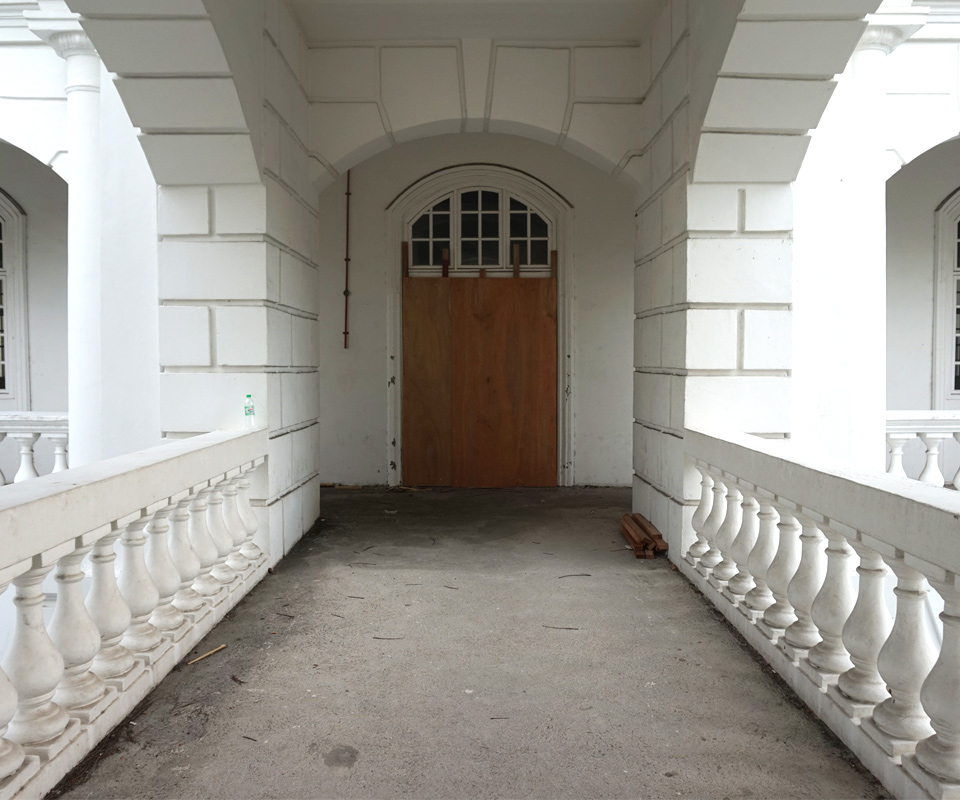 I jokingly mentioned to moms that she needn’t worry while I was there with her because there were really no ghosts and that if there were, it was just me haunting the spot, gracing it with my eerie and spooktacular presence. Of course, you can see that it’s daytime so I boasted. 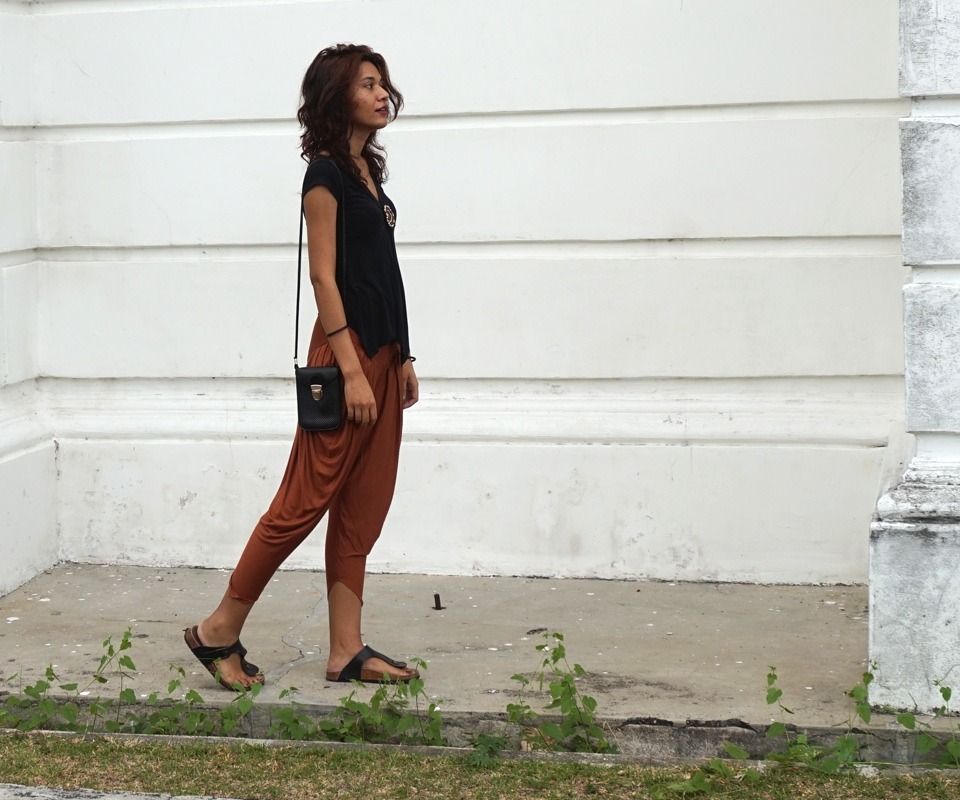 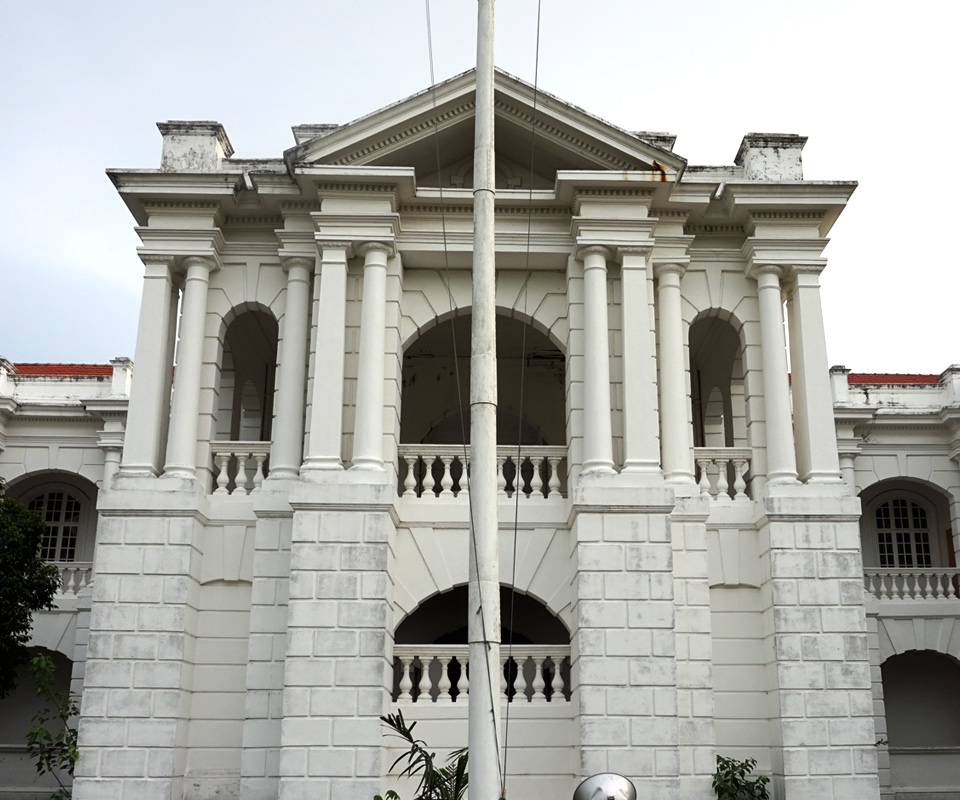 So, what do you think of my uber casual OOTD? Do you like having a backdrop of an old and abandoned building for your photoshoot sesh? I would love to hear your thoughts and comments!