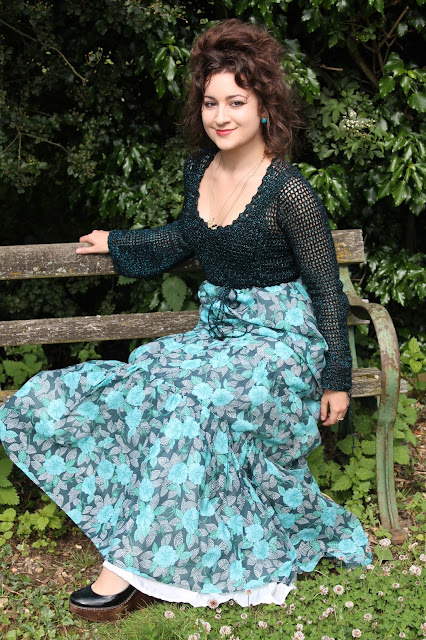 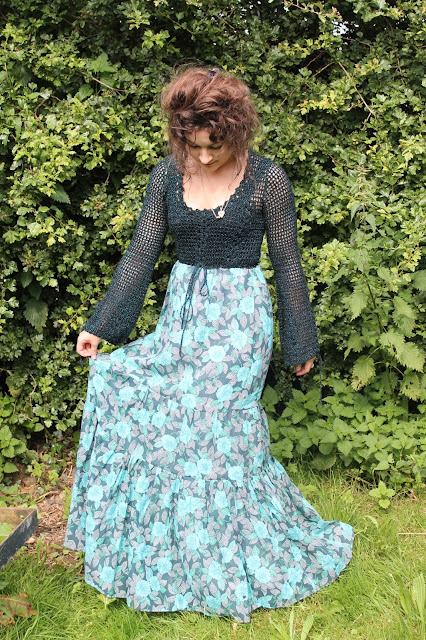 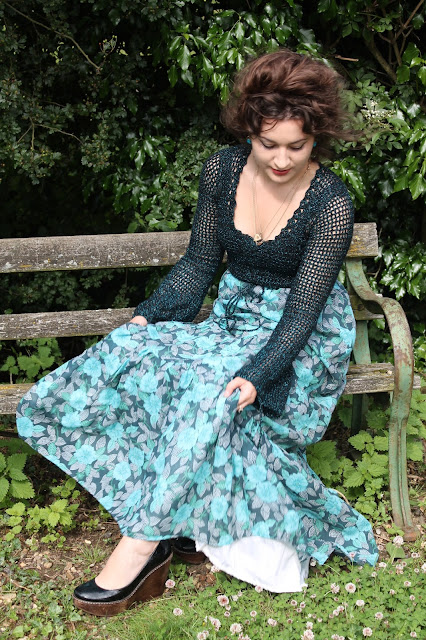 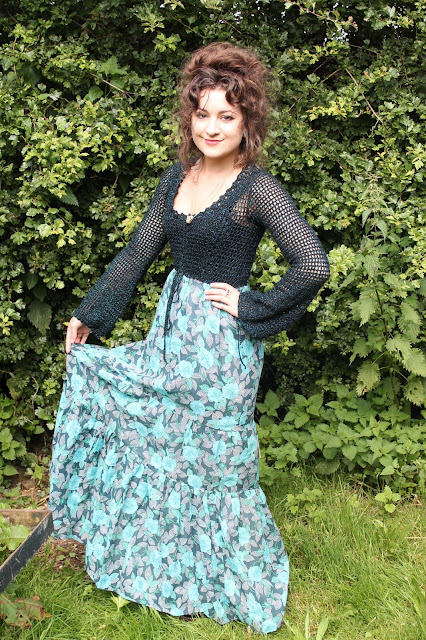 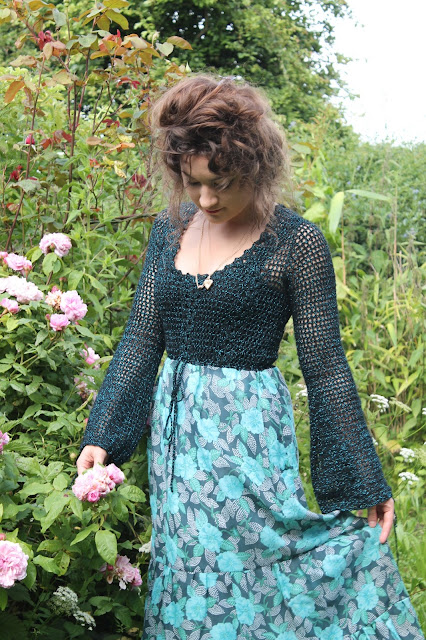 Dress: Vintage Calico Casa Shoes: Topshop
There are said to be certain clues in a woman’s life that confirm that you are turning into your mother. A turn of phrase or familiar facial expression will somehow make their way into our mannerisms and we realise that the transformation is inevitable. Nowadays though, people have started to celebrate the symmetry shared with parents in ways both abstract and physical.  Parents are regularly cited now as sources of style inspiration. In the case of the dress in these photographs however, the focus shifts from the traits passed down through genes and DNA to a story inherited second-hand; petticoated in until very recently. A dress born from an act of creativity which circuits mother and daughter decades after its genesis.

It was upon a warm June evening last year whilst perusing vintage clothes on Ebay that a winding chain of hyperlinks led me to a “Vintage Evening Dress Designed by Jillienne at Calico Casa”. The small black script in the stream of pixelated grayscale was enough to catch my attention. I knew instantly that the dress was one of my mother’s designs. The crocheted bodice, the blue and teal palette, the flowing skirts. Sewing styles are distinctive snippets of character, like handwriting or voices; meaningful to those with the knowledge to decode and identify a connection. I could have recognised it anywhere.
It was back in the summer of 1971 that a sunny haired, sparkly eyed twenty one year old girl first acquired the keys to a high street shop in Northampton. With hard work, a lick of paint and plenty of creative enterprise, Calico Casa was born. A fashion boutique, a hippy emporium, a bespoke dressmaking establishment - people remember it differently according to its phases of development. Gilly, as my mum was known to her customers, had been part of the first wave of people beginning to holiday abroad in sunnier climes. Having lived on the Ibiza sands for a year she returned to the Midlands with a seed of an idea and youthful energy to buoy her plans. Apart from Chelsea Girl or Biba, it was a tough task for young women to find accessible fashion outlets and assert their individuality. The high street giants of mass produced clothing didn’t exist and internet shopping hadn’t even been dreamt of. Seventies bohemia was far from modern day ubiquity; it was alive and kicking.
With this in mind, my mother decided to open her own retail outlet creating beautiful, affordable creations. In just a couple of years, Calico Casa was thriving, boosted by the word of mouth and praiseworthy recommendations. Often three generations of women would come in to visit Mum to place their orders together, side by side. Gilly was rarely seen without her trademark navy calico skirt lapping at her ankles; nicknames ‘Mrs Blue’ by her team of machinists. Together they designed ruffled gypsy skirts and boleros for fun loving city girls. Strictly no turtle necks or bell bottoms; Calico Casa creations were light, bright and romantic; they were carefree.
Maybe it was the years of history hanging on its hem or personal affiliation seamed in the frothy skirts but when the ebay parcel finally arrived and I wriggled into the dress for the first time, I realised the true transformational quality of clothes. It is forty years old now or thereabouts, and still as perfect as the time when Scott Mackenzie sang about wearing flowers in your hair.
The knowledge that someone wore and loved this Calico Casa dress makes me smile as much as the joy of owning a tangible piece of family history does. I imagine that once, a young woman, perhaps the same age as I am now, swished along the city streets as she shopped or danced under an indigo sky at a party. The Calico Casa aesthetic was built on femininity and independence, not unlike the style and character I aspire to nowadays. As I wear this dress the memories are layering over old ones. I like to think that writing about my discovery adds to the palimpsest; a continuation of words and fabric that overlap with my mother’s and multiply as the dress begins another lease of life.
We use cookies to improve user experience, remember your preferences, and analyze website traffic. By continuing to browse this website, you consent to our use of cookies as outlined in our Privacy Policy.