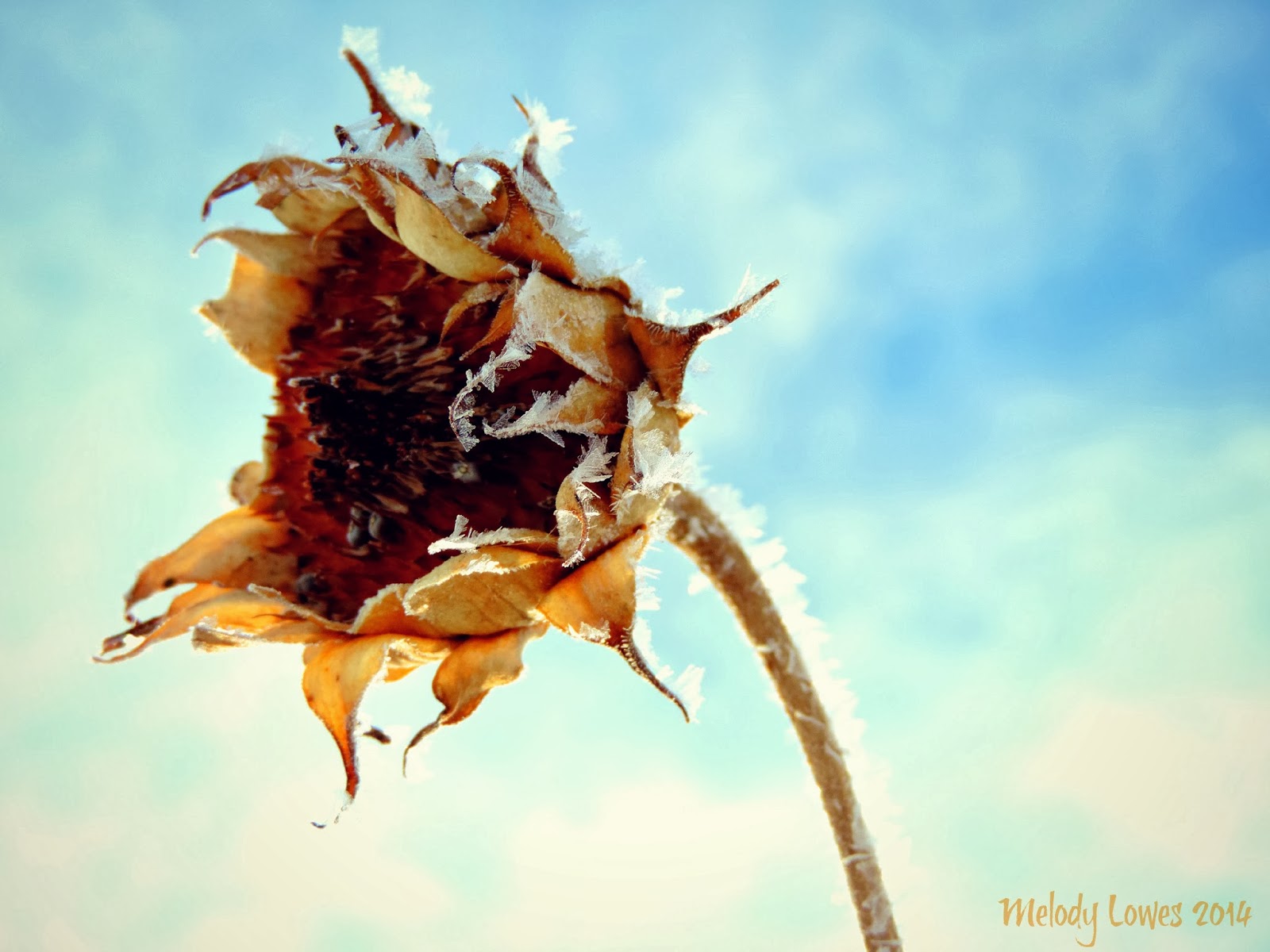 Have you ever noticed how easy it is to become frozen?

Her petals are brittle. Her seeds are frozen in time. Her stem has been reduced to a stiff husk, a parody of itself when green.

And that fluffy white stuff? That innocent-looking feathery froth covering her?

These little white lies afflict us all, come wintertime. When growth stops and troubles begin, it's hard not to let the frost have its way.

It starts legitimately enough. Tiny little white flakes, having every air of legality, form when drops of moisture can't take the cold. 'You deserved it,' they whisper as they cling to your leaves. 'You'll never get anywhere at this rate.'

'You just don't measure up,' Frost chides. 'If only you were a better mother/daughter/friend, this would never have happened. It's all your fault.' The temperature drops by degrees as one by one, the white lies sink down into their new home, until a layer of permafrost wraps us in a guilt quilt. Discouragement unchecked freezes into depression, and the lies become a blizzard of negative thinking.

'I'm too fat to be loved. Nothing will ever go right for me. If I just had a new house/better car/different spouse, I could get on with life.' On and on the white lies of winter drone to our spirits, until we can't distinguish the frosty voice from our very own.

But hidden deep within this little frozen sunflower is a seed. One seed, wrapped in its black and frozen husk. One seed, waiting for the warmth of the sun to set it free to become what is was always meant to be.

Within you is the germ of something magnificent, hiding beneath the layer of white lies you have allowed in. What can set it free?

The best antidote to the frost, to the white lies that threaten to choke our souls, is the Truth.

Truths such as these:

You were designed for a purpose.

Everything that is unjust and wrong and stolen in this life will one day be put right by a God of infinite justice.

In the midst of a tough winter season, you have access to the Son, who alone can help you melt the frosty lies that cling to your soul and set you free...

So what are you waiting for?