Living Life as a Teacher Is Noble Enough

Wow, you know as a teacher you just can’t turn it off. I was just in Walgreens picking up pictures, and as I was walking in, a little one-year-old decided to walk out through the open door. I scooted out and followed him and took his tiny hand as his alarmed grandmother was grateful I brought him back. She said, 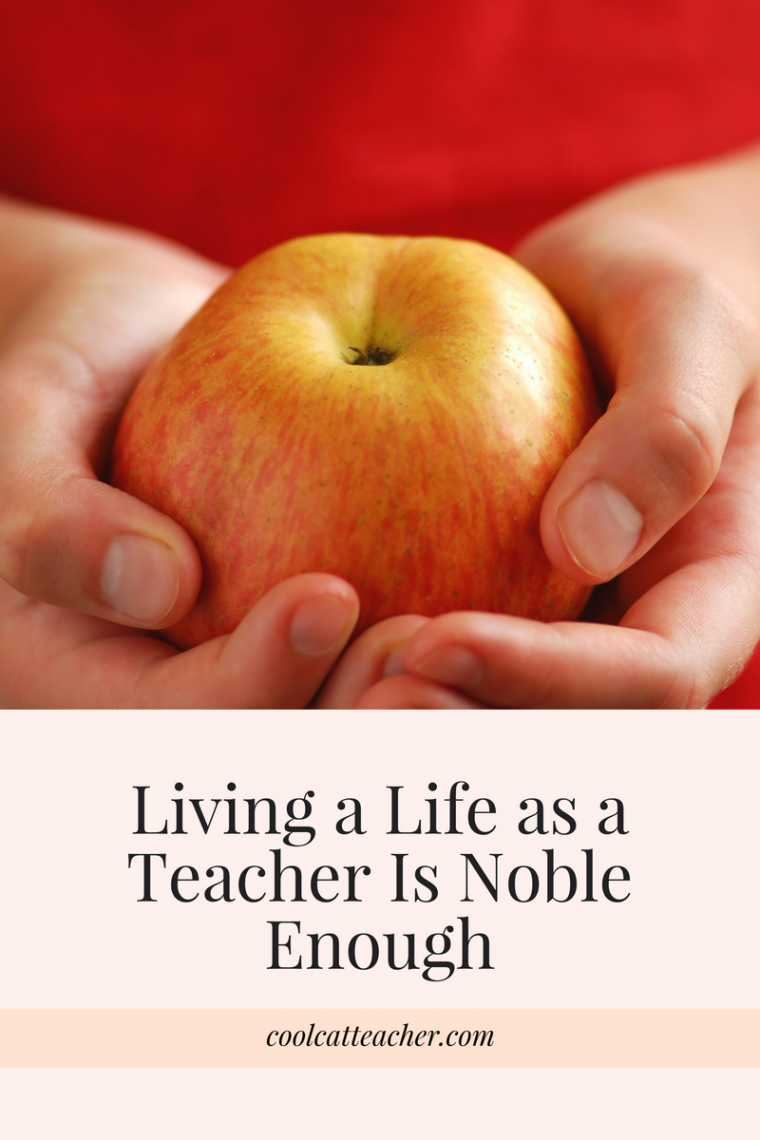 “He just runs away all the time. That’s all he does.”

I totally understand that. I had a “snatch and grab” toddler too. That’s what we called my son John when he was little. We used to joke that on vacation our most commonly used sentence on the trip was,

But, as I was thinking about it, I just realize that you can’t turn it off. As a teacher, there’s just something in you when you really inhale this profession and take it for all that is. It kinda makes you a little different than other people.

My Family Was Not Amused

I remember when my kids were younger and we were at an amusement park. We are waiting in line for the bumper cars, and these two little boys started breaking in line. I was not happy about it. So they had cut in front of about 40 people just by walking up and saying,

“Hi, my brother and I need to get to the front.”

So, when they got to me, I turned to them, and I said,

“Get yourself to the back of that line. Why you think you can break? We’re all waiting.”

The little boys looked at me with big eyes, and they turned around and went right back to the end of the line.

Someone looked up at me and said, with a knowing look,

However, it can get you in trouble. I told this story when I gave my 3italk several years ago with the BAMMY Awards, but it bears repeating the story on this blog.

We were at Popeye’s chicken when my kids were little older — one of them was in high school and one middle school and one elementary school. As we were waiting, I was turned around talking to my family. But I usually order first. (Because the mom has to be free to the wipe off the table or do all things that moms do.)

Well, my family knew exactly what was going to happen and was mortified. As I talked, I had my back to the student in front of me. (OK, as I wrote, I even called this young man a “student.” He was just a random teenager at Popeye’s. Again, I can’t turn it off.)

So, back to my story. I was at Popeye’s, and it was my turn to order chicken. Now my family saw this happening in slow motion. And they literally couldn’t stop it. It’s like when you hear them slow down the sound in a movie and they go

but there is nothing you can do, is just too late.

Well, what they saw was that the young man’s pants were not just saggy, but they were down around his knees. And he had on what some people call “tidy whitey’s,” but they were gray, and they were dirty.

And I totally forgot where I was. I just couldn’t help it. There was nothing my family could do to stop it.

So, I turn around I went into teacher mode without thinking about it and said,

“Young man, pull up your pants!”

My oldest son told me that he thought,

“This is how I’m going to lose my mom. My mom is going to get shot or stabbed or have something really bad happened to us because she doesn’t even know this teenager and she’s just told him to pull his pants up. She is a teacher and just can’t stop doing it.”

But, somehow this student, (there I go again), the teenager I did not know turns around. He looks at me with fear in his eyes. I must have used my teacher’s voice and my teacher’s eyebrows because he grabbed his pants, he pulled them up around his waist, and he said fearfully,

My family was shocked. Later, after I realized just what I had done and we could all laugh about it, I told them to never underestimate the power of eyebrows. 😉

You Can’t Leave it Behind

And thus is my argument, we may try to leave it behind us, but we can’t drop it totally. And admittedly, I don’t go around everywhere telling kids not to break in line or to pull up their pants. I am not the manner police by any means – these are just a few examples – like the one at Walgreens – where I inadvertently went into teacher mode. However, it is a reflex.

And I’ll tell you something else…

I’m not sure why teachers have to die for people to realize that teachers are noble.

It makes me angry because the only time people talk about how loving and nurturing and excellent teachers are is when one shelters students and keeps them from getting shot and takes a bullet for her students or when they use their bodies to protect children from a tornado.

Teachers, like many other professions that also deserve our respect, should be admired because of these reflexes. Now, not everybody in teaching has this reflex because not everyone who is a teacher is called to be a teacher.

But if teaching is truly your calling, that nurturing, loving, encouraging reflex is there. It’s the same reflex that talks to a random teenager about where they are going to go to college or helps them on SAT study tips. It’s the same thing that wants to tell adults how to use their computers better. And it’s just who we are.

On a flight last year, an autistic boy was struggling, and the pilot couldn’t land the plane. So, he gets on the intercom and says,

“Is there a teacher on the flight?”

The pilot instinctively knew that a teacher was equipped to help. That if there was a teacher, his or her teaching reflexes would kick in and the child and all of the plane and passengers would be OK.

I wasn’t going to let that toddler run out the door of Walgreens into oncoming traffic any more than any of you would. Some would say it wasn’t my business, but I would reply,

“Teaching is my business. It is who I am.”

So, thank a teacher today.

Teachers shouldn’t have to die to prove their dedication to children, just living life as a teacher is noble enough. 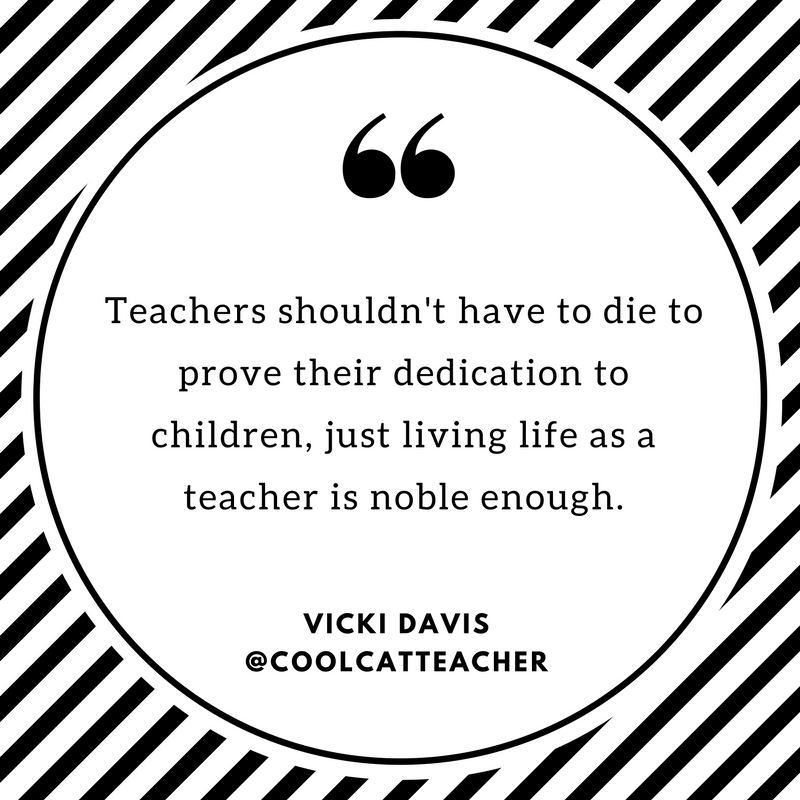