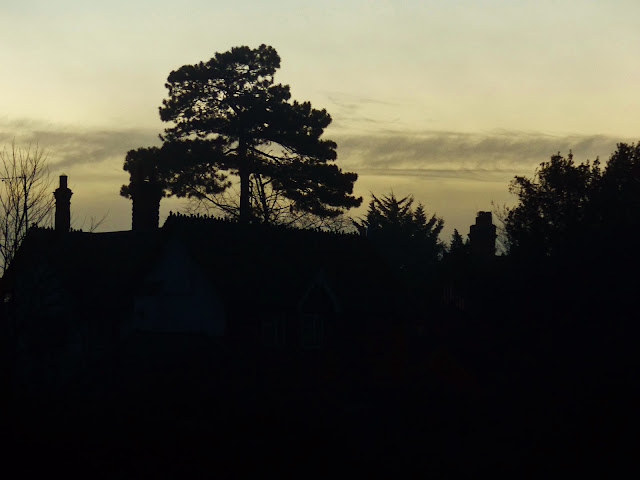 The longer days started well.  Wandering up to Sainsbury's for the things forgotten last time out I noted the rising mist against the slowly rising sun.  How lovely to be out there in this weather.  This however was not the attitude of the workmen unloading their vehicles across at the building site.  A more grumpy tendency was noticeable as they heading into the old school they were turning into expensive flats.  I considered smiling but avoided this as unpleasantness in the morning is unwise. 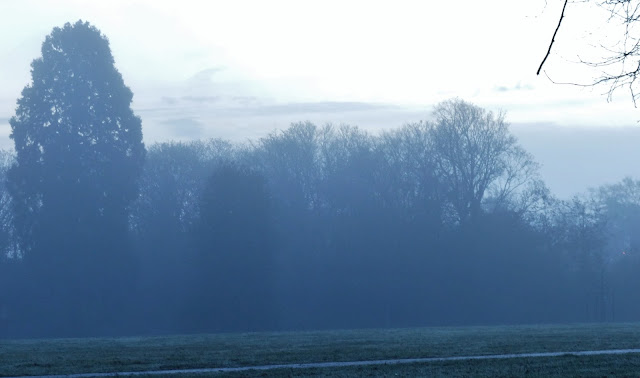 At Sainbury's I obtained lots of things, some of which I went for, and yet again forgot to make use of the reward vouchers, I have about £8 that would have been useful this morning.  I suppose this will be even more useful when January kicks in.  British Gas (overpriced) sent me an email informing me i had won thousands of points on this voucher system.  Hmmm, sounds good.  I was tempted to click on the link to my account but hesitated and went to that through my own link.  Nothing there as yet I noted.  This does appear to be British Gas as they send such things often, it is on an email account in which spam is rare, and my first name is given, however while cheered by a gift I await the points being added (in 10 days) to see if this is genuine.  If not I delete, if it is true then lunch is served! 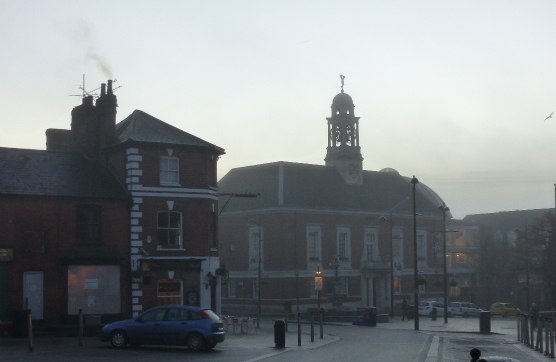 On a serious note I was kept awake last night by the Police helicopter choosing my bed to hang over for what appeared to be hours.  In fact there was a fire in a nearby street which left two dead and house destroyed.  The cause will be uncovered in due course.
This sad incident has revealed much in the town.  Traffic has been affected, it occurred on a main road, and people have been leaving tributes.  Now traffic problems in these circumstances just have to be borne, the tributes and attitudes revealed do not.
It was something not done in Scotland, a Presbyterian nation, the leaving of flowers at an accident spot.  To me it still appear 'Romanish' and even worse synthetic.  People die and flowers, teddy bears and gifts arrive but the victims will never see these, why do it?  It is not done for the victims, it is done for the people leaving the gifts.  When incidents happen people grieve and this is good and understandable.  However you do not know these people and in life may have resented them if you did so why do this?  You do this because you ache, not they.  This is not 'Love your neighbour.'
Photographs of the firemen at work have appeared on the local facebook page.  Many are complaining these ought to be removed.  I object!  Publishing photos shows to us what occurred and those girning appear unable or unwilling to accept reality.  The nation once was renown for the 'Stiff upper lip' and just 'getting on with it,' today we must sentimentalise all events, death, accident, war memorial, you name it.  The minutes silence once rare at football grounds is now compulsory at all events even when the incident is neither local nor connected in any way with the football.  Some events are worldwide but these are few, the death of Brazilian footballers recently was one, but while all mourn these men there is no minute silence for Syria, no mention of the dead in the Congo, no concern for hunger elsewhere.
The emotion is a false one, limited in scope and spurred on by young folks who cannot face life  with 'tough love' and must live in a soap opera daily.  This cannot be allowed to continue.  We all feel emotion at such times but this needs control.  Once footballers stood silently at a minutes silence, now they must place arms around one another,once we faced life's tragedies now we must emote them.  It is not right!  Compassion does not mean removing hard pictures, it means doing something about it. 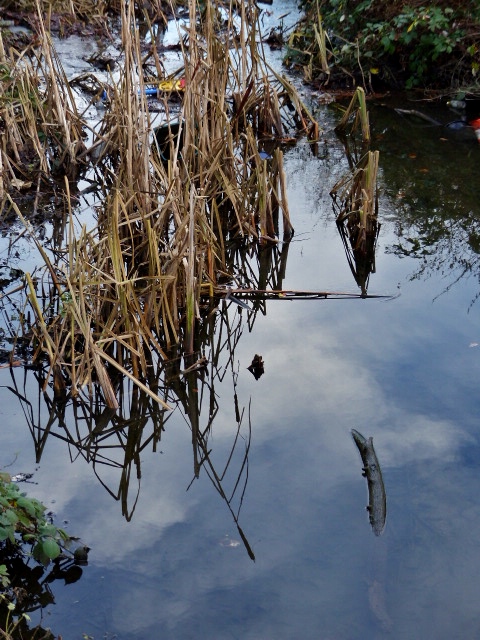 As I crossed the roaring cascading water that is the local river I noted a wee beastie running over the traffic cone helpfully planted near his home.  I could not make out what it was but suspect it was a water vole as I canny think what else would live there.  He was well fed mind.  The ducks appeared to ignore him, they were playing football with a large green ball kindly donated by someone, and I thought that this wee burn could be made attractive if the time and money was there.  As it is several trees were removed and houses built.  Above this section a block of flats now stands and the tenants passed me by dreaming of paying off mortgages in the 2030's if they are lucky. 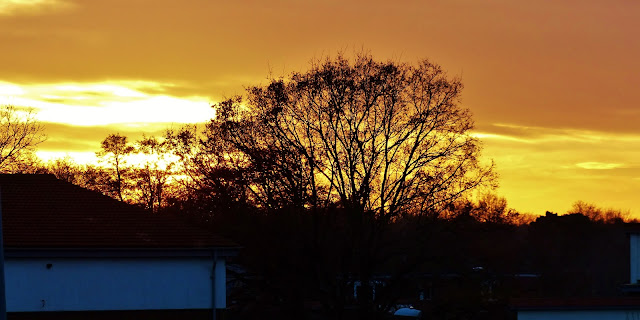 For once I have rendered the sun as it was tonight!  As it slipped down behind the crumbling 1960's estate it gave off such a glow that I had to catch it.  The passing public did not notice this great sight, their eyes were on lesser things like Christmas, evening repast or drink!  How often we miss such sights because small things obscure our vision.