Look Again: The day’s most compelling images from around the globe 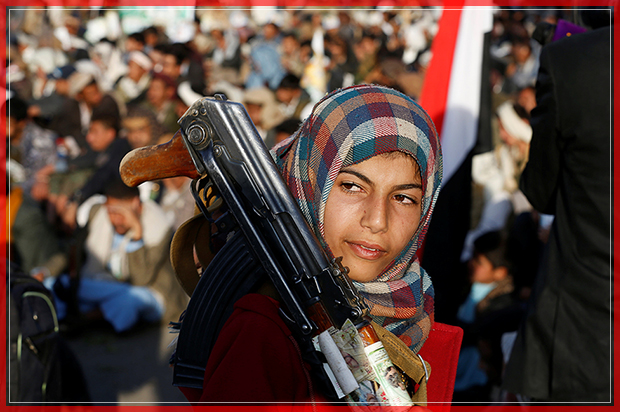 A girl carries a rifle as she attends a rally by followers of the Shi'ite Houthi movement commemorating the death of Imam Zaid bin Ali in Sanaa, Yemen October 26, 2016. REUTERS/Khaled Abdullah TPX IMAGES OF THE DAY - RTX2QLEC (Credit: Reuters)

Camerino, Italy   Alessandra Tarantino/AP
The aftermath of a 5.9 earthquake that destroyed part of a small town in central Italy 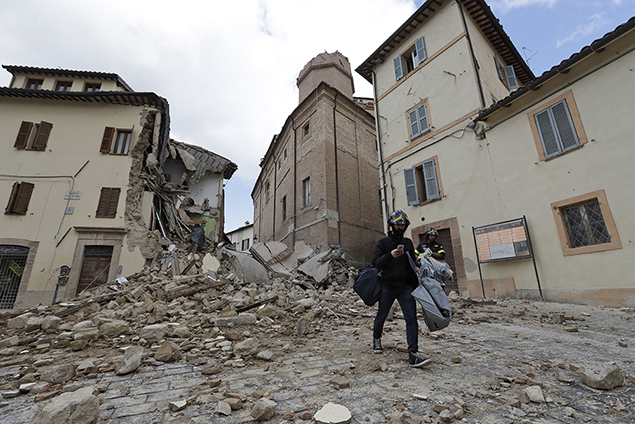 It’s been a very tough few months for the verdant, hilly, and cathedral-rich countryside of central Italy. Here are the ruins of the Santa Maria in Via church in the town of Camerino, hit by an earthquake this week, which is just a few dozen miles north of the epicenter of the August temblors that damaged several towns and killed
nearly 300 people. 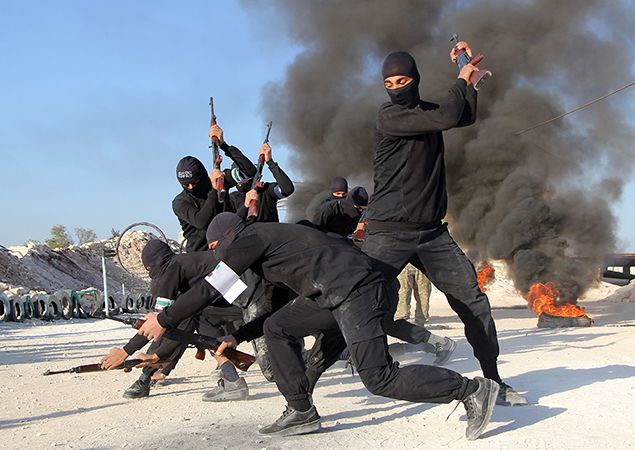 The horrific war in Syria drags on. Hundreds of thousands have been killed, and millions have been displaced. Yet, while the atrocities committed by the Syrian government and allied Russian forces are often emphasized in US media reports, what remain much less acknowledged are the crimes of Western-backed rebels, not to mention what forms of government these rebels have created in areas they have seized. These rebels are control the major city Idlib. Leading Syria expert Joshua Landis described the regime they constructed as Taliban-like, controlled by extremists.

Los Angeles, California   Mario Anzuoni/Reuters
Presidential nominee Donald Trump’s star on the Hollywood Walk of Fame after a vandal destroyed it with a sledgehammer 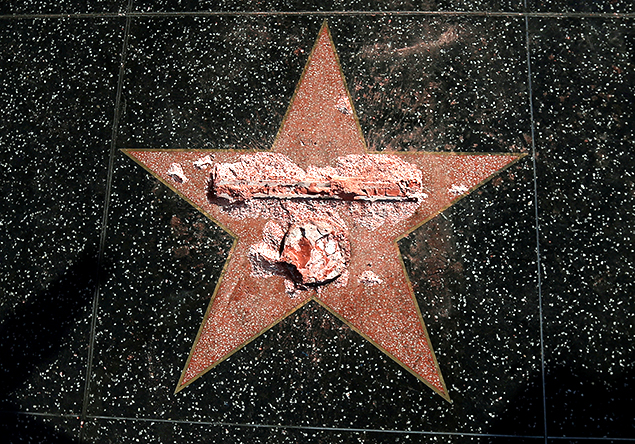 It is with a heavy heart that I must report that James Otis, heir to the elevator fortune and sledgehammer enthusiast, was arrested Thursday morning for destroying Donald Trump’s star on the Hollywood Walk of Fame. Not that Otis is crying too hard about it. He decimated Trump’s star with the full awareness that vandalism is a crime and, in the spirit of civil disobedience, was planning to turn himself in anyway.

It is worth noting at this point that sexually assaulting women, as Trump bragged about doing on a video recorded in 2005 that was only recently released, is also a crime. There are no indications, however, that Trump is planning to turn himself in to await the judgement of the criminal court system.

Sanaa, Yemen   Khaled Abdullah/Reuters
A young girl carries a rifle while participating in a rally for the Shi’ite Houthi movement 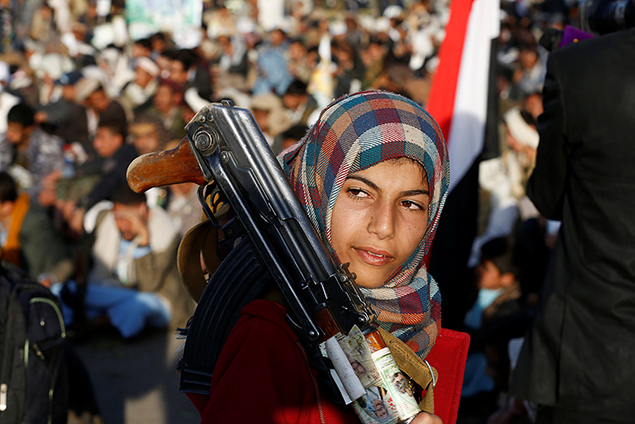 A rally commemorating the death of Imam Zaid Ali provides a brief respite for a young Shiite supporter of the Houthi movement which has been fighting government forces for 19 months. This week, a U.N. peace proposal was presented that appears to sideline exiled President Abd-Rabbu Mansour Hadi.