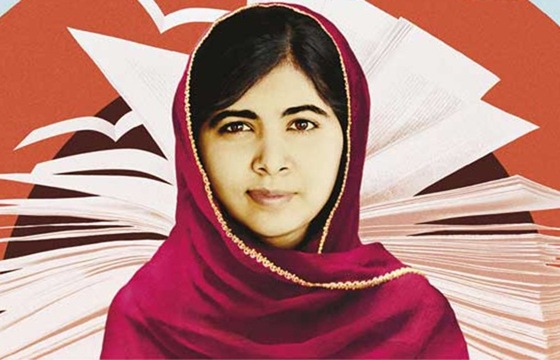 It was a story that resonated around the world. In October 2012, 15-year-old Pakistani blogger and activist Malala Yousafzai was targeted for assassination by the Taliban for her work in re-opening local schools for girls. She was flown to Birmingham, England for treatment and on recovery, went on to work tirelessly for the rights of women and girls. She worked with Christina Lamb on her memoir I Am Malala: The Story of the Girl Who Stood Up for Education and was Shot by the Taliban, notable for its rich insight into the Taliban and Pakistani treatment of women and girls. In 2014, Malala was joint recipient of the Nobel Peace Prize for her work in defending the right of all children to an education.

What people often forget is that Malala is still just a teenager and now she has retold her story for her peers. I Am Malala: The Girl Who Stood Up for Education and Changed the World begins with those fateful words:

After 15 January, no girl, whether big or little, shall go to school. Otherwise, you know what we can do. And the parents and the school principal will be responsible. 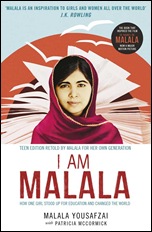 Working with National Book Award finalist Patricia McCormick, Malala takes us from the very first Taliban announcement regarding girls’ schooling, through to her activism, assassination attempt and recovery in the United Kingdom. Targeted at young people Malala’s own age, this retelling is less rich in detail and background but gives the reader more insight into the events as they unfolded, from the public’s initial disbelief at the Taliban’s pronouncement to the dawning realisation of their deadly intentions.

Malala talks about girls being banned from school, of seeing explosions, fear and repression in her homeland and she speaks about it in a format that will be more easily accessible by middle-graders and early teens. We learn that Malala is a teen just like any other. She loves cricket and gossiping with her friends. On the day of the shooting, Malala notes how normal everything seemed.

I was late, as usual, because I’d slept in, as usual. I’d stayed up extra late after talking to Moniba, studying for my year-end exam in Pakistani studies.

The last thing Malala remembered that was was thinking about her exams then darkness.

I Am Malala: The Girl Who Stood Up for Education and Changed the World

is available to buy on paperback in the UK from Amazon.co.uk from October 2015. The book is currently available on hardcover in the US but will be released in paperback on Amazon.com in March 2016. i would highly recommend this edition to younger readers who might have found the initial memoir too advanced to read.