McDonald’s Canada Announces The Launch Of The New ‘Big Mac(R) Bacon’ But Is It Still A Big Mac?

McDonald’s Canada Announces The Launch Of The New ‘Big Mac Bacon’ And asking Canadians, if you... 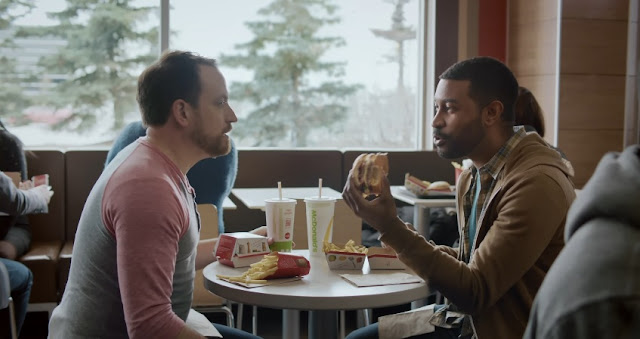 McDonald’s Canada Announces The Launch Of The New ‘Big Mac Bacon’
And asking Canadians, if you put bacon on a Big Mac, is it still a Big Mac?

McDonald’s Canada has announced the first change to the Big Mac since it’s arrival in Canada 50 years ago: for one month they’re adding three strips of Canadian bacon to the restaurant’s most iconic sandwich.

Since the Big Mac is such a legendary product and changing the recipe is a big deal, McDonald’s and creative agency Cossette are rolling out a campaign to ask Canadians “Is a Big Mac with bacon still a Big Mac?”

Days before the official launch, McDonald’s rolled out teasers online and out-of-home with tongue-in-cheek questions to spark conversation and suggest, “If you can answer these, you’re ready for the next big question… Stay tuned.”
A billboard along the Gardiner Expressway in Toronto asked, “Is a tricycle still a bicycle”?
A video on Facebook asked even more questions such as “If you’re in an empty room is it still empty” and “Are a pair of monocles still monocles”?
Videos were also teased on Snapchat and Instagram Stories showing the first Big Mac Bacon being prepared.
To officially announce the Big Mac Bacon, a TV spot and online video launched showing two friends in a McDonald’s restaurant comically debating whether you can change the Big Mac recipe. The spot ends with the hashtags #NotABigMac and #StillABigMac to encourage debate online and see what Canadians really think.

The national campaign is in both French and English and will run until February 20.

The 60-second TV spot will also run during the Super Bowl in Canada on February 5.