The Messiah We Need 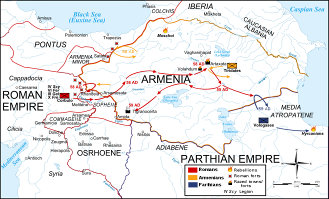 Tiberius was Rome's absentee emperor around the time the Han Dynasty was getting back to business-as-usual, after Wang Mang's brief takeover. I mentioned him before: Wang Mang, I mean. (December 27, 2015)

Meanwhile, Phaedrus was retelling Aesop's Fables in Latin, and Pontius Pīlātus was prefect of the Roman Province of Judea.

That part of the world had been under Roman control since the Battle of Philippi, Armenia wasn't a Roman province yet, but it wasn't the force it had been during Tigranes' reign, and that's another topic.

Tigranes, Tiberius, and Wang Mang, were well-known folks in their day;1 at least in their homelands. Two millennia later, not so much.

Pontius Pīlātus is another matter. He's mentioned each year around this time, when something like 2,000,000,000 folks pay at least fleeting attention to a Nazarene's progress from top-of-the-polls celebrity to executed corpse. 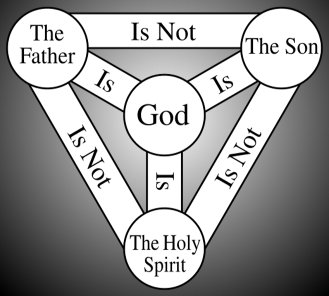 That's because Jesus of Nazareth is one of three very important persons.

Abraham's descendants learned, eventually, that the Almighty was serious about this:

I think God is one, too.

However, I'm a Catholic: so I acknowledge God the Father, Son and Holy Spirit.

But I don't understand how the Trinity works. Not on an operational, nuts-and-bolts, level. All three were at our Lord's baptism — you can read about that in Matthew 3:13-17 — I talked about the Trinity, tefillin, and metaphor, last year. (March 8, 2015)

Again, I don't understand how that works; but I agree with Peter.


"8 When Jesus went into the region of Caesarea Philippi 9 he asked his disciples, 'Who do people say that the Son of Man is?'

"They replied, 'Some say John the Baptist, 10 others Elijah, still others Jeremiah or one of the prophets.'

Today is Palm Sunday, Holy Week's kickoff. We've been leading up to a really long Gospel reading with this sort of thing:


"5 Jesus spoke to them again, saying, 'I am the light of the world. Whoever follows me will not walk in darkness, but will have the light of life.' "
(John 8:12)

"So Jesus said (to them), 'When you lift up the Son of Man, then you will realize that I AM, and that I do nothing on my own, but I say only what the Father taught me.
"The one who sent me is with me. He has not left me alone, because I always do what is pleasing to him.' "
(John 8:28-29)

"If I do not perform my Father's works, do not believe me;
"but if I perform them, even if you do not believe me, believe the works, so that you may realize (and understand) that the Father is in me and I am in the Father.'"
(John 10:37-38) 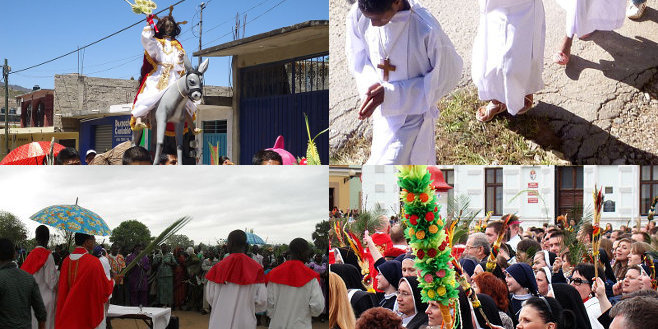 Today's long Gospel reading, Luke 22:14-56 starts with the Last Supper and ends with the women who had come from Galilee with our Lord resting on the Sabbath — after spotting the tomb his body was in.

The short version, Luke 23:1-49, isn't particularly short. It runs from the council of elders accusing Jesus before Pilate to our Lord's death.

So why did our Lord go through all this?2 It's like God told Abraham: "...All the communities of the earth shall find blessing in you." (Genesis 12:3)

Jesus may not have been the Messiah folks expected, but our Lord is the Messiah and Redeemer God promised after the first of us made that disastrous choice.3 (Genesis 3:19-15; Catechism, 397-410, 528) 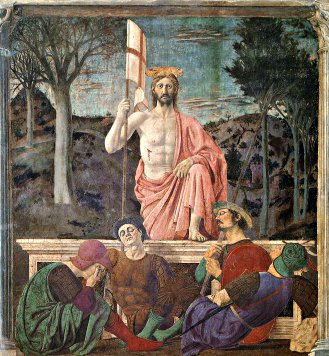 Our Lord wouldn't stay dead: which is why, two millennia later, we're still celebrating — and passing along wonderful news.

And that's yet again another topic:

1 As a writer, Phaedrus wasn't important the way civic leaders are, but the poet Martial and writer Avianus mentioned him: and his stories lasted considerably longer than he did.

Phaedrus made an important contribution to the current iteration of Western civilization, although it wasn't until fairly recently that we worked out where at least some source material for "Anonymus Nilanti," a collection of Latin beast fables, came from.

3 As I've said before, often, Adam and Eve aren't German. It's become increasingly obvious that we've passed down accounts of how we lost harmony within ourselves and with the universe for a very long time: