Sunday, July 19, 2015. It's been an interesting few weeks for the family. Among other things, my son-in-law and son have been designing and programming an industrial robot for Spiral Light Candle. That brought me and the other Sauk Centre Gills to North Dakota earlier this week. It's not quite 'life in Sauk Centre,' but — I'm a proud in-law/parent.

Meanwhile, back in Sauk Centre, the downtown mural on Sinclair Lewis Avenue is getting closer to completion. 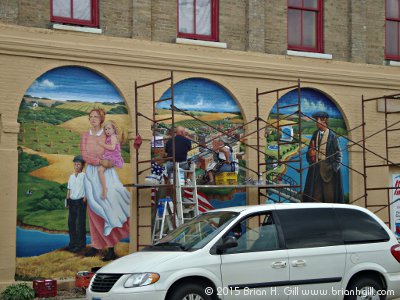 Work in progress: the mural on Sinclair Lewis Avenue, at the corner of Sinclair and Main. (July 15, 2015) 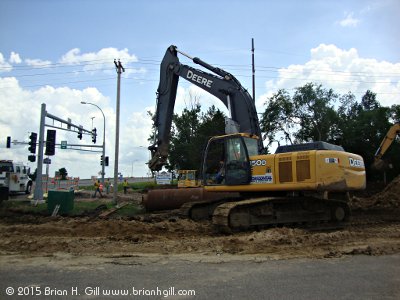 It's an old joke. Minnesota's four seasons: fall, winter, spring, and road work. There's something to it.

Sinclair Lewis Days is over now. The parade route went by our house twice: which took a bit of coordination, letting an  outbound unit through the intersection while a returning one waited for its turn. It worked out fine, though. 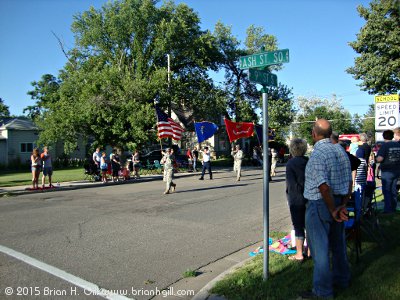 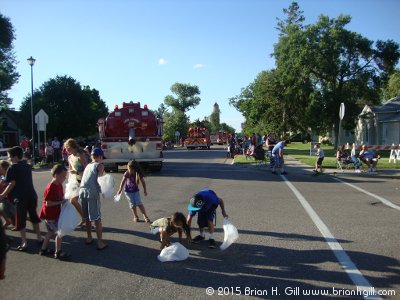 Someone observed that the kids running out before another unit came, to pick up candy, reminded him of chickens going after seed. I see his point: and they were having fun. (July 18, 2015) 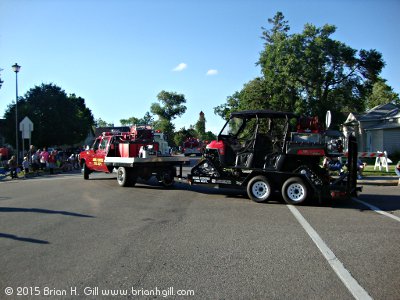 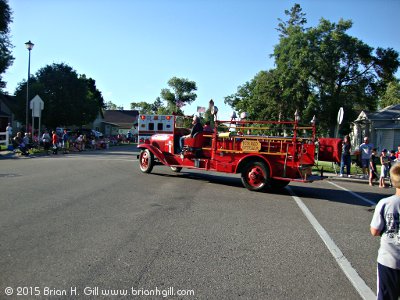 I've got more photos from the parade: but will spread them out over the next few weeks: along with pictures from the county fair. That's the plan, anyway.