blogcatalog
Ramblings #321
I am a creative. I write the stories that run through my head, with that neat program on my Ipad I pretend to make music riffs, and I have some canvas and as soon as I remember to buy that paint...and those brushes...and maybe a smock, I'm gonna paint something. Oh, and the movie. But I'm also fairly well versed in business, so I realize it's not JUST the talent, but also packaging and marketing. Which brings me to this....

Seriously, who is responsible for trailers in Hollywood? Which editor? Because I watched the whole of the new Eddie Murphy movie in 2 minutes, and while it looks very good, a little over saturated with emotional  treacle and using what looks like the old Magical Black Person trope, but still good. The trailer however under cut the entire reason for seeing it, because you can practically see the whole thing. A lot of the dramatic tension just gone. 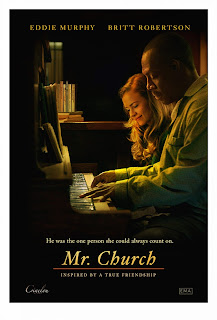 You don't believe me? Here is what I gathered from the TWO minute trailer - A mother is dying, and her ex (or possibly just the daughter's father) arranges for Mr. Church (Murphy) to come and cook for the family. The little girl initially hates him but comes to love him. Mother slowly deteriorates. Daughter gets accepted to college and daughter hates mother for dying too soon. Mother dies. Daughter thinks her life is over as well, but Church gives her the money to go to college. She goes to college, at some point she gets pregnant and comes back to Mr. Church. Something happens, perhaps a complication or an accident, but an older Church comes to the hospital and gets her, giving her a place to stay. She defends her relationship with the older black man, one that is entirely paternalistic, by explaining to some unknown potential antagonist figure that she now knows that after the money her mother had ran out Church for some reason (possibly love) somehow supported them. Mr. Church then helps the daughter raise her own child, for which he is grateful. Mr. Church has some secret he wants no one to know about.

This is two minutes of trailer. Two minutes. See for yourself.

Explain to me why I now still have to go see this movie? I like Eddie Murphy. I've thought of him as a grand untapped dramatic talent after his terrific Oscar nominated turn in Dreamgirls, so I'm happy to see him in something that gives him a chance to stretch. But after the trailer, my entire impetus for maybe seeing this film is over. I know most of the story now, with the only mystery is what the character Church is hiding. I know the mother dies, the girl gets to go to college, she gets pregnant and has a baby, and Church doesn't die .... unless the whole thing is a flashback at Church's funeral.

Can we please stop this? This give us all the high points deal? Unless the trailers are going have SPOILER ALERT pop up after the first thirty seconds, the idea of giving away the entire film in the trailer just seems silly. Sure, I can watch the same movie over and over, but a film that I'm seeing the first time should still have a little leeway to surprise me, some dramatic tension. I don't know this one will still be able to do that.

I will reiterate an idea I proposed some time ago: A person creating a trailer should only be allowed to use footage from the first thirty minutes of a film, with the exception of a film involving a huge battle finale needed to show scale and scope - BUT the battle footage used cannot contain any named character. If the first half of the film isn't engaging, or can't be cut so that the trailer is engaging, then perhaps the film ought not have been shot in the first place. But that's just my opinion, and I'm not really anybody.

Barkeep. Wine. I feel erudite and critical of minute details and other silly crap like that. Something Scandinavian. Yes, a Scandinavian wine. Or Boone's farm.