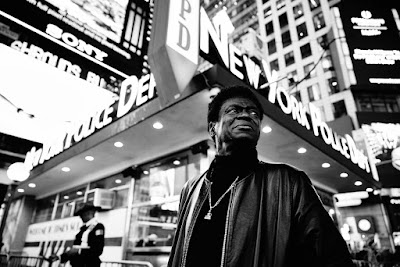 I can't think of any other genre that gives me 'the feels' quite like soul music.  Sometimes it appears as if these musical artists will burst unless they get something off their chest...and music is their only outlet or valid source of communication.  I don't know about you, but I can certainly relate.

Fortunately, there is still a market for soul music, or really any genre for that matter if you look hard enough.  Whether you need a cathartic cry or a new hook to groove to, look no further than some new tracks listed below.

1.  Changes - Charles Bradley
At 67 years old, Charles Bradley proves that it's never too old to follow your dreams.  With three albums under his belt, Bradley is just now finding his voice.  Even if that means covering the Black Sabbath single "Changes," and making it entirely his own.  This version will make you ask, "Ozzy who?"
2.  This Is Where We Came In - The James Hunter Six
Hailing from Essex, England, James Hunter knows how to capture the true essence of blue-eyed soul.  With a new album, Hold On!, released on the prized soul label Daptone Records, you know you will hearing a lot more from this sextet.
3.  Get You Back - Mayer Hawthorne
Longtime favorite of mine, Mayer Hawthorne has released his fourth studio album, Man About Town that harks back to his first album.  Need more crooning to go along with your swooning?  Be sure to watch his noir-influenced music video trilogy.
We use cookies to improve user experience, remember your preferences, and analyze website traffic. By continuing to browse this website, you consent to our use of cookies as outlined in our Privacy Policy.