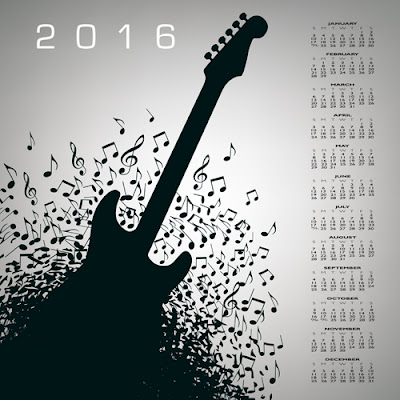 I hope they all rest in peace.

From a personal perspective,  I have consolidated my collection with new recordings by some of my favourite artists but have also discovered a new artist in the genre of Progressive Metal and he has blown me away with his raw talent.

The year started off with Steven Wilson releasing an extended player to keep fans ticking over while he works on new material. The album is called 4½ and contains previously unreleased songs that didn’t quite make it on his last two albums. The song Happiness III, in my previous post, appears on the album so I won’t repeat it again.

Next, Progressive Metal giants Dream Theater released a colossal new album called The Astonishing and it is truly astonishing because it is a huge rock opera featuring 34 songs lasting well over two hours. Here is something called The Gift Of Music, which even features a gospel choir:

Dutch Symphonic Metal band Delain also released a new album, with the strange title, Moonbathers. The final song on the album is a beautiful song called The Monarch that wouldn’t be out of place as part of a movie soundtrack:

I also revisited a Progressive Rock band from Poland, called Riverside. What is sad about this band is that now, just as I have completed my collection of their albums, I discovered that their guitarist Piotr Grudzinski  died of a cardiac arrest at the young age of just 40 years old – yet another sad loss from 2016. Here is a song called Egoist Hedonist:

And now to my discovery; Devin Townsend. I have actually seen him live once as lead vocals for the legendary guitarist Steve Vai way back in the late 1980s. What I didn’t realise at the time was that this fiery young Canadian is a prolific and extremely talented multi-instrumentalist with the ability to write a wide range of styles of music, from ambient rock to extreme Progressive Metal with everything in between including, bizarrely, country rock (which I’m not that keen on to be honest). Most of his songs are brilliant, weird, funny and epic.

Here are a couple of songs from some of his albums I have bought this year. First, March of the Poozers:

The next one is called War:

However, there is one album that he released way back in 2009 that is my absolute favourite. I love every single song on the album. The album is called Addicted! and is amazing. Here are a couple of songs. first, the title track, an amazing heavy metal song:

Devin Townsend’s back catalogue is immense and I shall be dipping into it more in 2017.

And if you didn’t believe me about country rock, here is an example:

I’m looking forward to 2017 and hope it is a great year musically as well as for everything else.