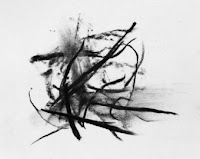 "I was thinking, are you hearing what I'm saying?"
"If you got to the point I could tell you you could tell me if I was hearing anything anything at all if there was a point."
"It's just that you don't look like it like you're hearing me."
"Why not? What am I looking like that doesn't look like I'm hearing you besides you're not getting to the point if there is one?"
"Well, to begin with, you look like you're staring off into space."
"I am staring off into space. It's on my screen at the moment."
"Are you looking outside our galaxy again?"
"And what if I was? Are you going to tell me what is so worth hearing?"
"I was thinking about what my boss said the other day or it might have been the person in the next position above or below them."
"Why would I be interested in what you were thinking about? Decisions and action mostly action is what merits my attention that and actual water with not so much urine in it or the other stuff that gets in there or when the smoke from the burning mounds of bodies starts to lose that really putrid edge to it."
"They said something as they were leaving and locked us in the last time about attitudes and I tried not to make it about me, but, and this is where I get to what I was thinking about I mean really thinking about and when what is between my thoughts the sharp daggers that poke holes through the top of my brain and I notice how when I get something done something that has an appearance that might get their approval and I know it's not because I did anything with my musings or thought differently or more in line or applied any of their nauseating rhetoric it was because I let it go my voice that silence disguised as what might have another sit down next to you when they wondered why you were alone it was a muffling a reticence masquerading as a human with its face to the wall knitting together some bloodless clump of decades together that can be erased in seconds a browning banana peel the limb that once reached for the trap its teeth chattering our name connected with a device not recognized."

Bedtime pressed into milk
past its expiration
who is drumming?
setting on fire those
who stood one behind the other
going back to the start
start over
bare feet naked
and stepping to the rhythm
of the racing heart
fell out the window
of the plane
asleep and the powerful
clouds and the powerful
ripped the sleep
out of my eyes
kept them closed
nothing between them
remained
but returned to annoy