My Favorite Song from Moana – We Know The Way 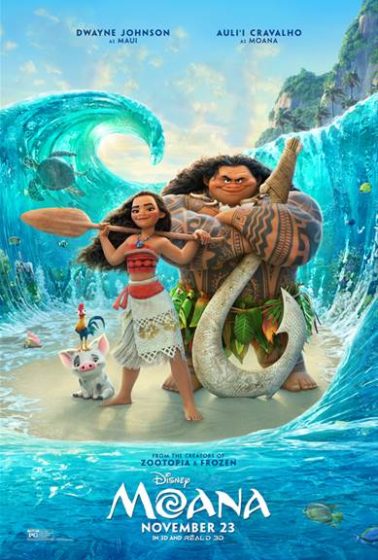 Of all the songs from Moana I am most impressed by the song “We Know The Way”. It is a beautiful song and I have the full clip of it below. The song is written and performed by Opetaia Foa’i and Lin-Manuel Miranda.

The MOANA original motion picture soundtrack, the two-disc deluxe edition and the digital deluxe edition soundtrack are available wherever music is sold and streamed. More about Moana below.

MOANA stars Dwayne Johnson (voice of “Maui”), newcomer Auli’i Cravalho (voice of “Moana”) was directed by Disney legends Ron Clements & Don Hall (“Aladdin,” “The Little Mermaid,” “The Princess and the Frog,” etc.) with music by Lin-Manuel Miranda (of “Hamilton” fame). But there is another main character in MOANA that was sometimes difficult to work with…