Honestly, I never knew what to expect from my first time in the USA trip.  I had mixed emotions when it came to this trip.  Anxiety started when I was processing my visa and was getting a schedule in the US embassy.  I was there thrice before I got my visa.  It was some technical weird thing that my DS file number was not in their records. They asked if I had a printed copy of my DS file (the entire thing!) I said I did not because it was not a requirement.  Because of that I had to reschedule my interview dates. I did not have to pay again because I did not get an interview at all.  It seems like three times a charm and I was approved and the story of how I got my US visa approved was told here.

A week or two after I got my US visa, I also got my US trip  tickets and itenerary. We had a lot of things to do on the trip.  It was a California mall tour for Organique Acai formal launch in the USA.  I was there with Regine Tolentino and Ricky Lo and ABS-CBN TFC crew.

My first glimpse of USA soil was of course, the Los Angeles Airport.  It was a surprise to see how easy it was in their immigration.  There was very minimal human intervention, they will only asssit you if you ask help.  Scanning your passport for the immigration interview was by machine.  Then you pass by an immigration who will manually stamp your passport for your US entry. Plus take your photograph.

I did not had a hard time with my luggage as well.  When I am about to exit the airport an airport customs officer just asked me one question.  Probably he went through my declation papers and saw that I declared I have pastries with me.

” Do you have chicharon?” he asked
“No,” I said.
“How come, most Filipino visitors I know bring those yummy things with them they arrive,” he smiled.
“Nah, I have other Filipino favorites like pulvoron, piaya and hopia,” I said.
“Alright. Have a pleasant visit. Welcome to the USA!” he said.

When I found the person who will pick me up at the airport.  I told him what the airport custom officer asked me.  I was told that if I said I had chicharon they will confiscate it.  Unfortunately, they disallow the entry of meat and poultry products and chicharon is classified as poultry product!  Good thing I didn’t bring any and not create a scene in there!

While we were on our way to our first destination, I made a mental note of my observations which you can read on that link.

My first time in the USA was a work and leisure visit although it was price I did not expect to get at the big launch of Organique held in Manila.  It was supposedly to visit the plant but unfortunately the timing when my visa is expering did not coincide with the production month so instead we went on a mall tour and the grand launch. Work in the morning and do whatever we want in the day was our itenerary.

I am glad that a PR friend who organized the big Philippine launch was in California the time we were there.  Rochelle Romero of PixRepublic with her husband Mon and friends became my tour guide and night time buddy when I was there.  I love them to bits.  They are so kind and warm and took real good care of me taking me to places they know I will enjoy. 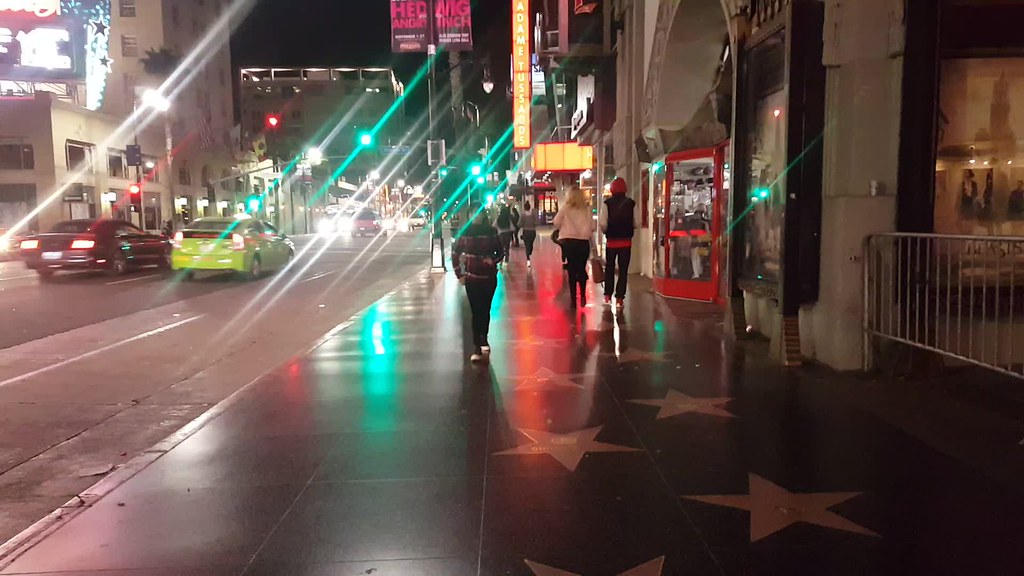 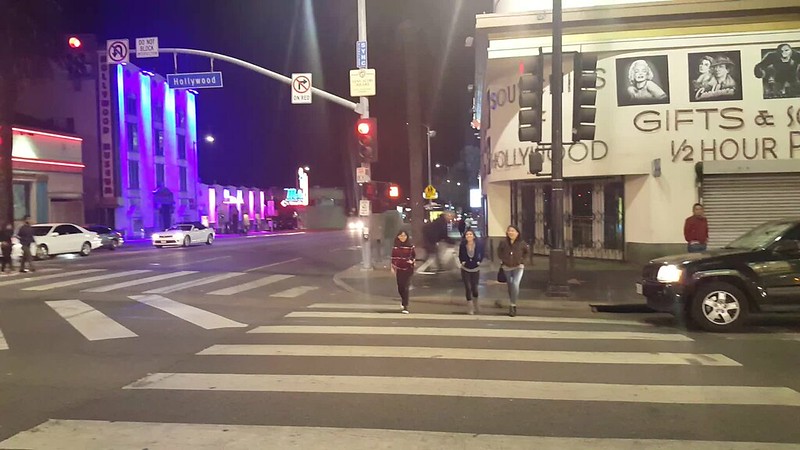 Hollywood was our first stop.  But first we had dinner at Hot Wings, one of the most famous chicken wings stop in LA.  We had 75 pieces of hot wings shared by just the 5 of us!  Yummy! 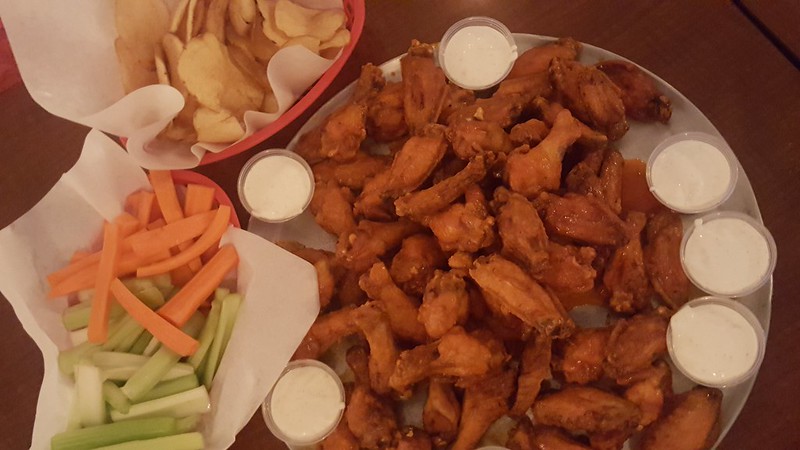 Here’s the entire vlog of my first time to #DiscoverLA from airport airport : Watch!

Of course, I did not miss the opportunity to be in Hollywood, walk the walk of fame, the red carpet stairs all the way to the Dolby Theater, pose with a favorite “star” and the Chinese Theater.  I even crossed the Hollywood Street.  I was such a fun experience even if it was night time and another instance I was there it was raining crazy!   Did you know that rain happens sporadically in Los Angeles and the time I was there was the first!  How lucky can I get! Haha! 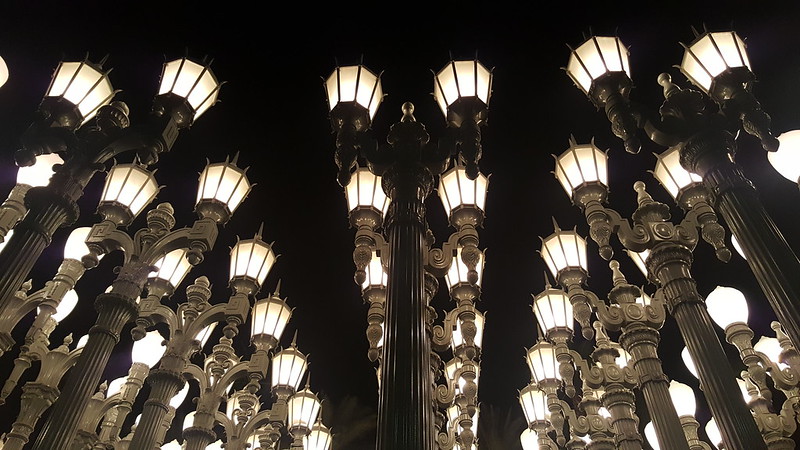 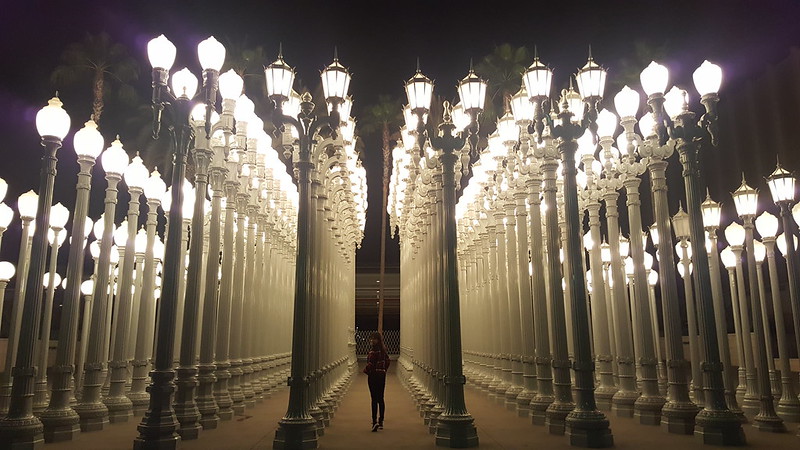 < It was way past midnight when we arrived in LACMA. There are road closures for repairs while some street were getting dressed up for the Holidays. I was there third week of November 2016. It was a good timing to be at LACMA late at night especially if you are there for the beautiful, LACMA Urban Lights. They called it a sculpure made of more than 200+ steel pole lights. It was used as a location for the movie 'No Strings Attached’ staring Aston Kutcher and Natalie Portman. The director of the film called the artwork “an extraordinary beacon that lights up a desperate part of Wilshire that felt almost abandoned at night”. The LACMA Urban Lights was also featured in the Tori Amos video Maybe California and the film Valentine’s Day.

It was understandable why a lot of tourist visit the place and get photographed in there. It looks magical. The steel cast iron light poles are beuatifully crafted . No first time LA visitors would want to miss this place. Tip: Be there late at nigth when the crowed dies down and the Urban Lighs are turned on. 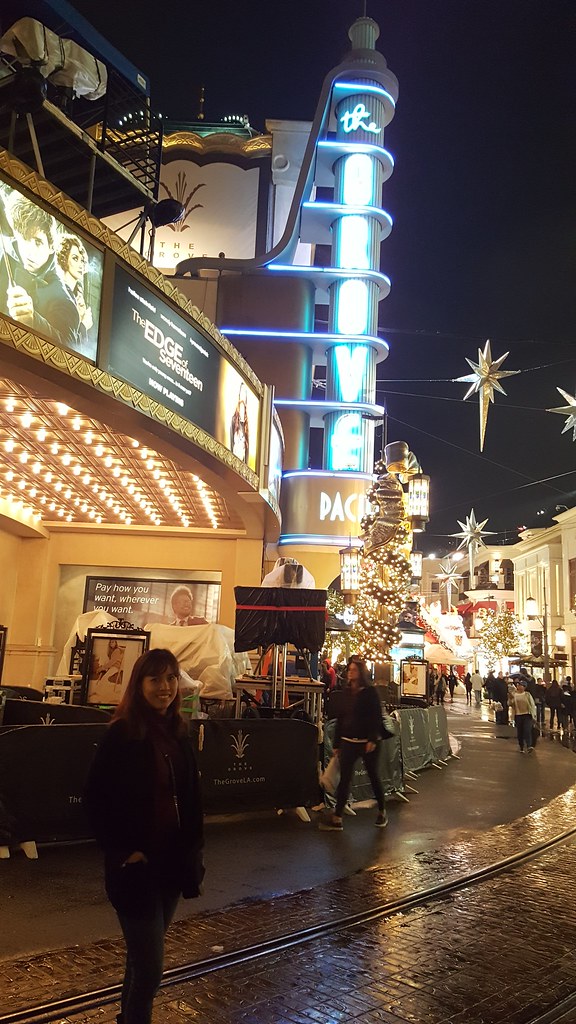 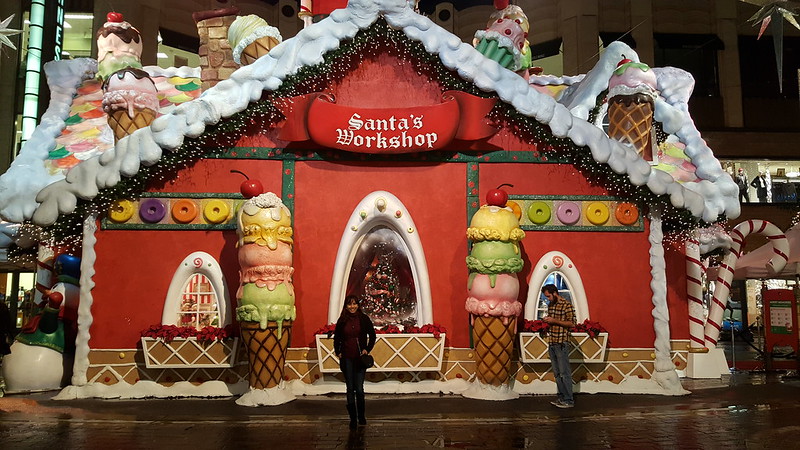 One of the most popular high-end shopping mall in Los Angeles which features trendy retailers, restaurants & a theater amid a bustling promenade. According to my friend Nikko Panti, who took me around the place, Manny Pacquiao was banned from going here because of the lewd comment he made against the LGBT community.

Near the Grove , are popular go to places in LA like The Farmers Market and the famous Umami Burger where we had dinner and tried their best selling burger. 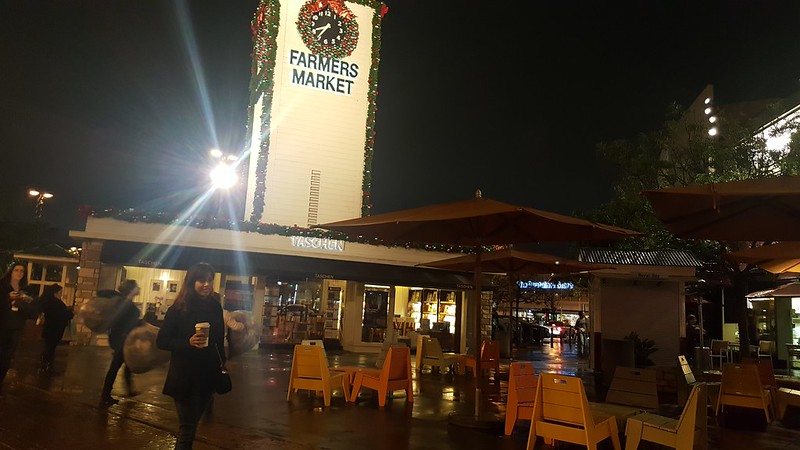 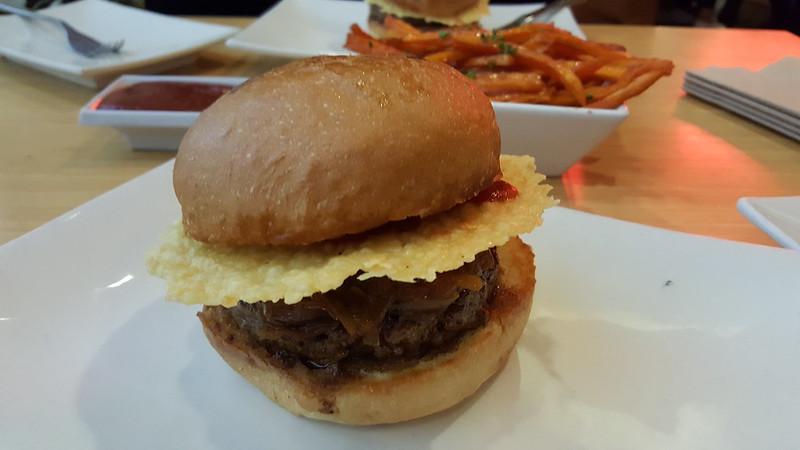 After the trip the the Grove we went house shopping in Beverly Hills, Rodeo Drived! It was raining hard and all we can do was go drive around. Good thing Nikko had a car! You can’t live in LA without a car, like anywhere in the United States car is essential! At Beverly Hills we passed by what I thought was a city hall was the City Jail! We shopped houses while passing by and had this joke of knocking on one of the houses and pretend I’m girlfriend of the owner or sort. Haha! Fun times!

In LA, the higher you go the mountains the more expesive the property becomes. Going up we passed by Madonna’s house (that’s all I remembered haha!) Too many beautiful homes of the rich and the famous Hollywood celebrities live there. Manny Pacquiao has a property in LA too, we passed by it and it stretches a whole block! 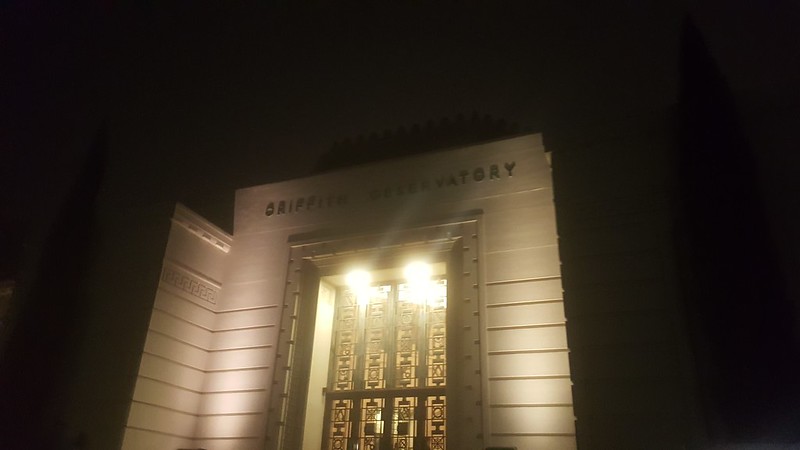 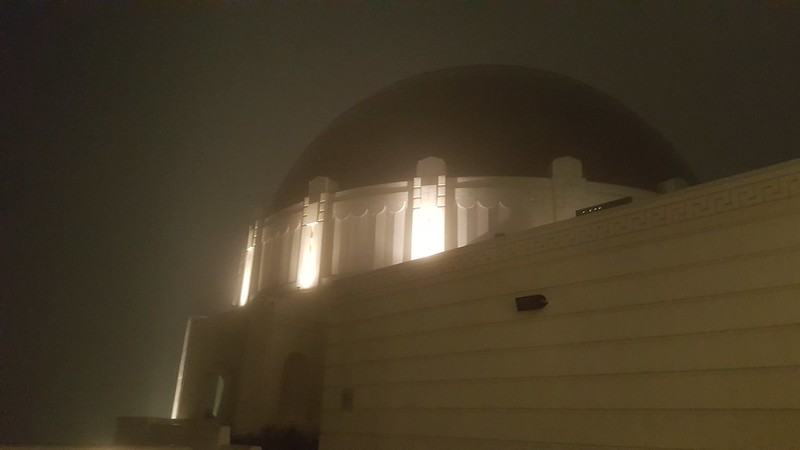 Going up we headed to the Griffith Observatory . It was a foggy night with almost zero visibility. Freezing cold out there as well. The observatory is a popular tourist attraction with an excellent view of the Hollywood Sign, (but it was too foggy so we didn’t see a thing huhu!) But inside the museam was an extensive array of space and science-related displays, love it! Entrance is free since opening in 1935 in accordance with the benefactor’s will, after whom the observatory is named – Colonel Griffith J. Griffith.

Americana at the Brand at Glendale California 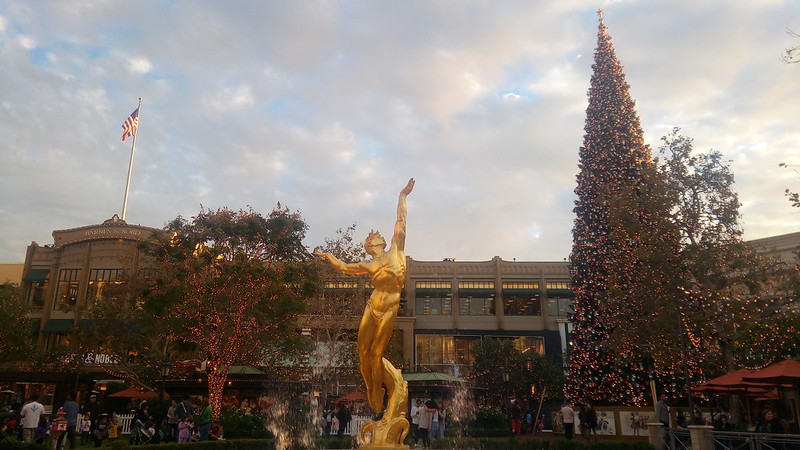 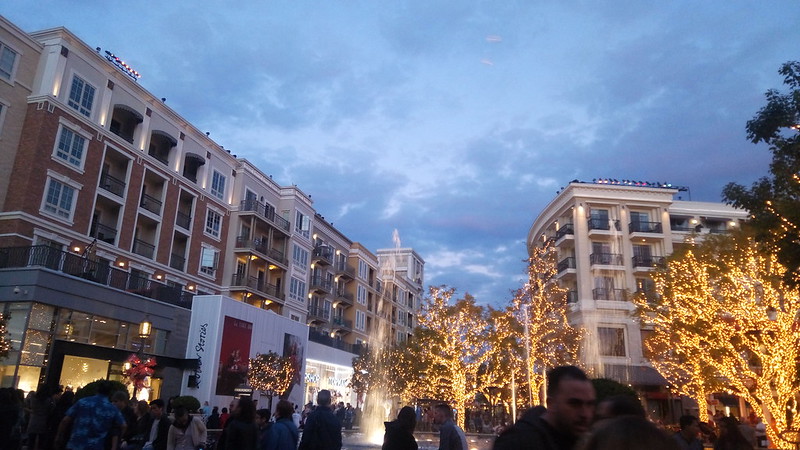 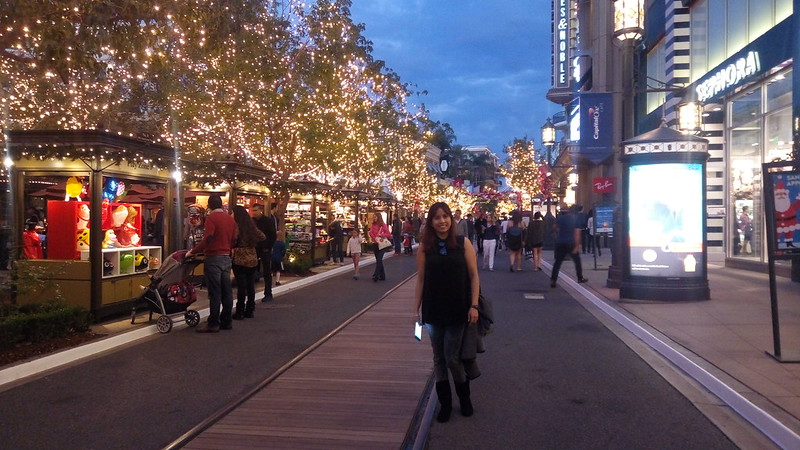 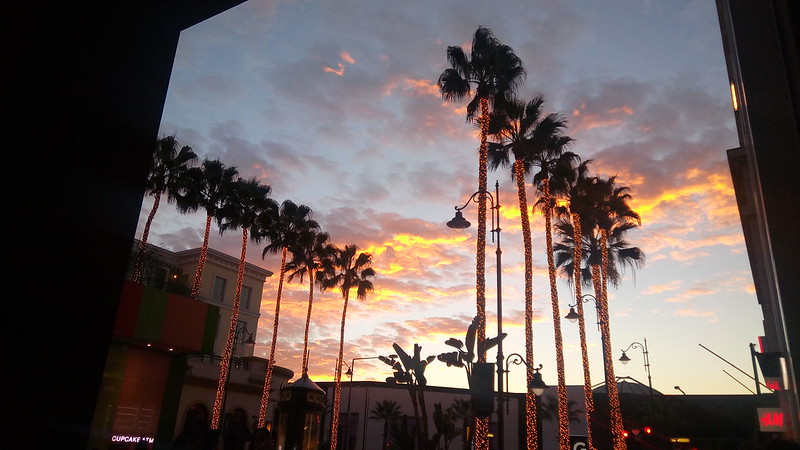 The Americana at Brand is a large shopping, dining, entertainment and residential complex in Glendale, California. My timing there was perfect as the place was already adorned with Christmas decoration! It was my first time to see the most ginormous Christmas Tree that is all real not plastic like what we have here in the Philippines. I was mezmerizing and the place made me feel like a child again. I was there with the ABS-CBN crew and we dinned alfresco at the center. It was a perfect weather that day. They also had free wi-fi connection so I was able to go FB live when I was there.

Shopping. I did not go shopping in LA it was too expensive there as the sales tax are high. Plus we only visited high-end shopping centers and I did not want to spend there as I will be going to a state where there’s no sales tax at all (Oregon) a few days after California. Plus, I really don’t go shopping much when abroad as I want to explore sights visit popular places . I can do shopping anywhere we almost have all the brands they have in there so why bother. It wouldn’t be good for my check-in luggage I would have to pay double to get my stuff back in here.

If you are interested to watch my entire #DiscoverLA California trip, you may watch this vlog I made. You can see the Filipino shopping malls we visited like the Island Pacific and American Seafood (a place where you can shop mostly Filipino Asian foodie goodies) . They even have carinderia style eatery!

For this trip we stayed at Comfort Inn & Suites at North Hollywood. You can see how my room looks like in the video as well. Across our hotel was a dollar superstore! I also stayed at Holiday Inn LAX before I went back home to Manila. I have a strong feeling that it was the receptionist of this Hotel who copied my card details and used it for a shopping spree before Christmas, swiped about Php20,000 off my accoun andt and I still have to gotten the funds back yet (my card skimming story here). Huhu!

I was able to try Uber in the USA as well from the airport, going to the airport and going to a one of the malls in Van Nys California.

Of course my trip is not complete without exploring the airport. It is huge and extensive but sadly unlike other international airport I visited, there is no place for you to standby in the airport to sleep or lounge around . As you know I do my sleeping in airports series as well. LAX has been strict and does not allow such places since the 911. There’s not too many chairs and restaurants , it was like NAIA Terminal 3 but with less restaurants and things to do while waiting for check in for your flight! But once you are in the place is huge , a lot of shopping places dinng areas and all. They have prestige dinning lounge you can see it in the video.

Anyway, in general, my first time to #DiscoverLA experiene was surreal! Never in my wildest dream did I imagined I’d go in the US for free and visit these places. I am so thankful and blessed to have this opportunity. It was a short and sweet visit and I can’t wait to go back and explore it extensively. I have not seen the famous California West Coast beaches! Honestly, after this trip I wanted to go back in the US some more and visit other states especially New York (But I’ve always wanted to see New York since Sex in the City)!

How about you, have you been to LA before? Which other places in LA or California would you recommend me to see the next time?