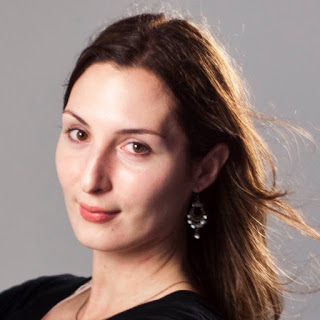 My thoughts are the things dogs dream about
when they whimper in their sleep.

Even my diary is scared of me, irked by my compulsion
to empty this warped head on paper, capture its rebels

in the jaws of endless yawning parentheses, tell the story
of how I became strange: I was 11 and thought myself

that these soaped-up limbs were someone else’s, that a mad
Lynchian midget had cleaved them right around the knee

and then left them, severed and floating, in my soapy water.
Years later, the same boyfriend who told me I cried

in my sleep had a different theory about my legs—he swore
that, when crossed, they looked like folded bird wings.

He imagined them exhausted from aerial sojourns,
flying trapezes following the mad law of motion.

But even he had no idea how far out I could spiral, like tonight,
at that hour when to call it mental illness would be too easy,

when I call friends up to ask them if I’m still alive,
stiffened with over-thought, ready to faint or levitate,

prone to bizarre incidents, I became convinced
that the thing clinging to the bathroom mirror

was a tiny dragon wing, and that if I ate it,
my poetry book would get published.

Maybe I turned out this way because my mother uses
phrases like, “Go put a button on your cheek

and hang a piano from it,” or because I once ate Cheetos
on the toilet while listening to heavy metal.

I know things are getting grim when I start deconstructing
cheddar things and googling “how to tell if I’m dead,”

so I tried to make my delirium into something I could serve
at a dinner party, but it still reeked of loneliness and nobody

wanted it. All I could do was take night’s madness
and put it in a blender, let the choppers go at it,

silver with rage and other panics, until it reverse-rained
the mind slop I drain into Tupperware daily—

tufts of rat fur and Chinese finger traps, the last unicorn
carved up and served to tourists, my own inner Lynch movie,

complete with a mall and that ice cream for astronauts,
and beneath it all the eye of the blackbird,

avian filmmaker of my interior,
paralyzed by its own Blue Velvet.