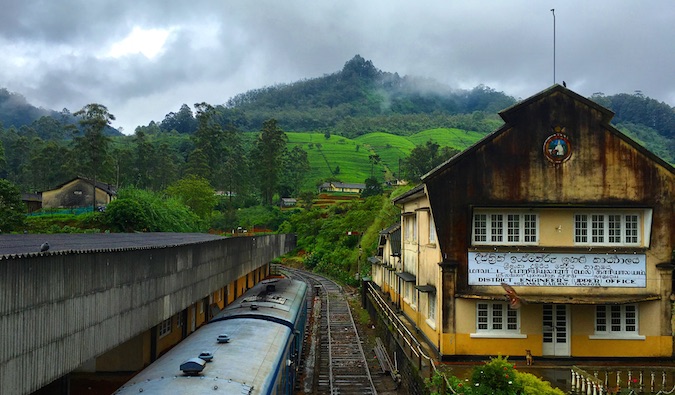 Sri Lanka — a jewel–shaped country in the Indian Ocean — was an unexpected surprise. I loved every bit of it: the verdant landscape, the delicious food; the crumbling, overgrown ruins; the abundant wildlife; and (especially) the welcoming locals who took hospitality to the next level.

Traveling through the country is relatively easy, if just a little chaotic, with slow and overcrowded buses moving along clogged roads where lanes are mere suggestions, and trains packed to the gills with people hanging off the edges. English is widely spoken, though, so once you get used the chaos, it isn’t too difficult to get around.

But there are a few things you should know before you visit to avoid getting scammed, overspending, and, like me, missing some of the scenic trains! 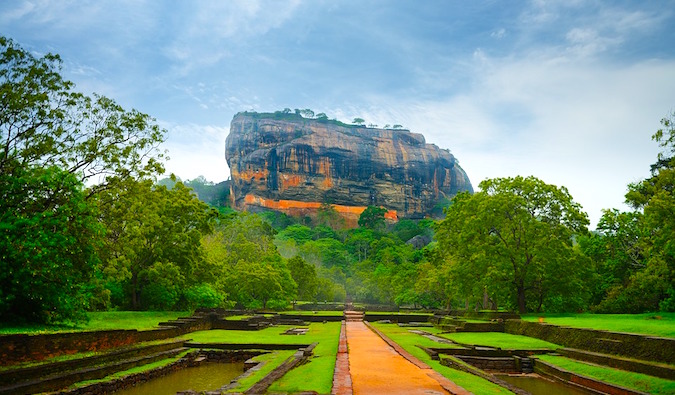 Overall, I would say you couldn’t need more than a budget of $30 – 40 USD per day. The country is very cheap, especially if you stick to delicious local or Indian cuisine (the food is so cheap there’s no reason to grocery shop and cook your own meals), avoid the overpriced Western style restaurants, travel second class and on buses, and don’t go crazy with the accommodation. Ever though I was on a budget, I didn’t go as low as I could (dorms every night, only Sri Lankan food, minimal activities, etc) and still found it was hard to break the bank. The expensive days in which I took a tour or decided to try some fancy restaurant were balanced out on the other days I didn’t.

Here is a list of prices to help you get an idea of costs:

Some favorites: For accommodation, I really liked the Kandy Downtown Hostel; Palitha Home Stay in Sigiriya; and Galle Fort Hostel in Galle. For restaurants, besides the bulleted list above, I would also recommend the Ministry of Crab. It’s an expensive seafood restaurant in Colombo but it’s delicious! Sri Lankan crab is famous worldwide and they have gigantic ones. It’s not cheap but sometimes, you just have to treat yourself. While I didn’t go out much, if you find yourself in Kandy, the Slightly Chilled Bar is a popular meeting spot and has wonderful views of the city (and the sunset). 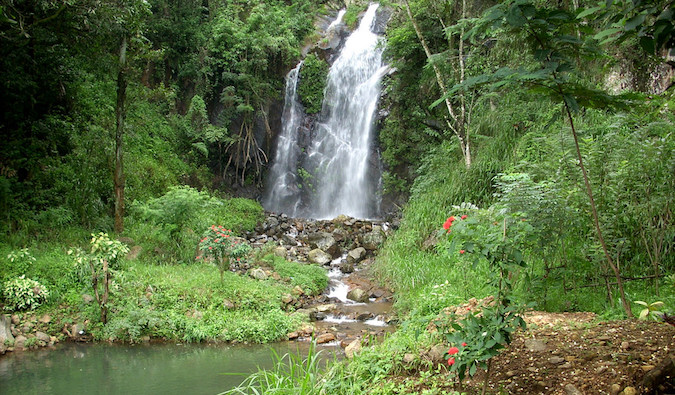 Most travelers focus on the southern half of the country, with its hiking and beach towns. After decades of war, the north has a legacy of destruction that has yet to go away.

Though I originally had planned to explore only the south due to my limited time there (just two weeks), I was offered the opportunity to talk to a member of Parliament in Jaffna up north and learn about the Tamil war, so I rearranged my route thus:

I was glad I did. Seeing the north gave me an added perspective on a portion of the country without hordes of other tourists. In fact, in my time up north, I saw only four Westerners.

And though Sri Lanka may look like a small island, there is a lot to see and do there! More than I imagined. Anuradhapura and Sigiriya both have amazing ancient ruins. Kandy is filled with hiking treks, a big Buddhist temple, and a butterfly garden. Nuwara Eliya is known for its hiking, Tissa is the gateway to Yala National Park (which has elephants and leopards), and Galle is a beautiful old Dutch fort town. 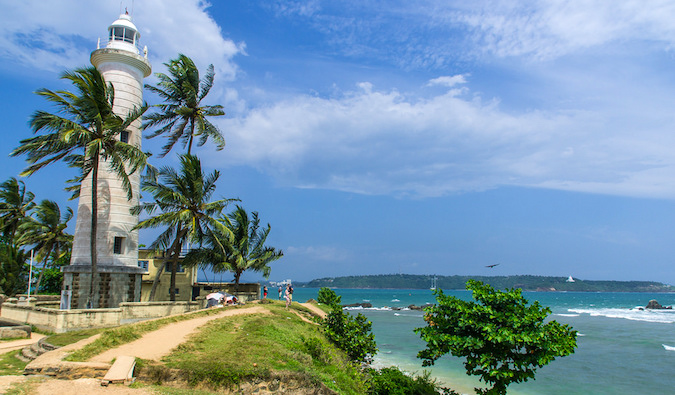 Even though I covered a lot of ground in my two weeks, I still missed many places, including Ella (more hiking), Arugam Bay (beaches), and most of the southern coast (more beaches and nightlife). I raced through the country and crammed too much into such a short period of time. I wouldn’t recommend going at such a breakneck pace.

If I had to do it all over again, I would break Sri Lanka into two parts — the north/center and the south — and focus on one of those regions. There’s simply too much to do, and travel around the country is too slow to try to cover so much ground in a limited time.

If like me, you only have a couple of weeks, I would suggest just one of the following routes:

(Note: This route is kind of quick too so if you’re pressed for time, you could cut out one of the beach cities.)

If you have a month, you could do both of these routes plus add in one or all of the coastal towns of Arugam Bay, Negombo, or Trincomalee.

One thing to know is that once you’ve done the major things in a city, there’s very little reason to stay. For example, Tissa is the gateway to Yala National Park. Tour operators run most tours in the early morning (a higher chance of seeing animals) so if you took one of those tours, you could be on a bus moving on to your next destination by lunch time. There’s really not much else in the town. The same could with Jaffna. Tick a few boxes and then move on. Galle is more a day trip from a nearby beach town than a place to spend a few days. There was so little to do there I just went back to Colombo instead of staying the night. Sigiriya and Dambulla can be done in two nights (though I added an extra night because I liked the family I was staying with). Nuwara Eliya, Ella, Kandy, Arugam Bay, Trincomalee – those places have more activities and are worth spending a longer time in.

****
Sri Lanka is an easy country to visit, and with a few tips, you can travel there with ease. This is a very budget-friendly country, even if you go nuts on the attractions and tours. I didn’t spend a lot of money, averaging just $35 USD per day. (Any expensive days will be balanced out with the cheap days where you just walk around, hike, or sit on the beach!)

Looking at the map of Sri Lanka, you might say, “Oh, it’s not that big. I bet I can cover a lot of ground in a short period if time.” You could, but you won’t “see” much. It will be too much of a blur.

Sri Lanka may be small but it packs a powerful punch. Take your time to see this land of jungles, waterfalls, monkeys, delicious food, and lovely people!

P.S. – Today is the deadline for the FLYTE Summer 2017 Program application! If you are a teacher or know a teacher who wants to take their classroom abroad (and have it paid for), head to our website to learn how to apply!