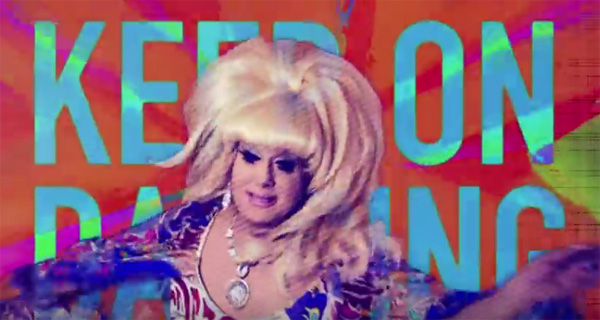 HOUSE OF WALLENBERG TEAMS UP WITH YO MAJESTY AND LADY BUNNY

PROCEEDS FROM THE NEW SONG WILL GO TO THE PULSE ORLANDO FUND, SUPPORTING THE FAMILIES AND VICTIMS OF THE RECENT NIGHTCLUB SHOOTING

Swedish artist, DJ and producer Petter Wallenberg (aka House of Wallenberg) has teamed up with Jwl B from queer rappers Yo Majesty, and drag superstar Lady Bunny on a new song ‘Keep on Dancing (Until We’re Free)’. The track has been recorded specifically for the Pulse Orlando Fund, in support of the families and victims of the massacre at took place at Pulse Nightclub on June 12.

Petter Wallenberg said: “Queer clubs used to be safe spaces where we could be free. The Orlando shooting changed that. Now when we go out we find ourself prepared for the worst. But its important to not let fear win. As our song says, we need to keep on dancing, loving and fighting. This is our tribute to the Orlando victims but also a manifest for everyone’s right to be free.”

Jwl B said: “I’m from Florida and I lost friends and family from the gay community in the Orlando massacre. I felt I had to do something positive to bring happiness and create a fund raiser. I say to all my angels that lost their lives that we’re gonna keep on dancing until were free.”

Lady Bunny said: “The gay community has remained strong in the face of discrimination, bashing and AIDS. While the shooting at Pulse was grim, it renewed our desire to bond together and fight. A big part of our spirit comes from a club culture in which we gather to dance and celebrate the freedoms we do have. That will never die!”

EVEN MORE BUNNY NEWS!! The hardest working drag queen in the business!

And another new collab came out yesterday, The Samba Is Wating
Nova Fronteira
Rhodes To Rio EP
DJ Spen’s Quantize Recordings is going for the Gold with this all new release from Nova Fronteira! Musician and producer Michele Chiavarini shows his passion for Latin music, highlighting styles of Brazilian origin. He provides listeners with an eclectic blend of musical sounds including House, Jazz, Electronica, Brazilian and more. The project started in early 2000, with the release of several dance singles through Dave Lee’s Z Records. The release of the acclaimed album “Full Fronteira” in 2003 was followed soon after by a few sporadic releases. Nova Fronteira is now back on the scene with a purely Latin EP to celebrate the Rio Olympics and Latin Music!
In this smoking release you’ll get four songs that sizzle with the heat of summer and will keep you sweating all night long!
“Samba Is Waiting” featuring vocals by Lady Bunny – This leading song is full of incredible instrumentation and sweet, bouncy vocals by the one and only Lady Bunny.
LISTEN HERE: https://www.traxsource.com/title/654631/rhodes-to-rio-ep 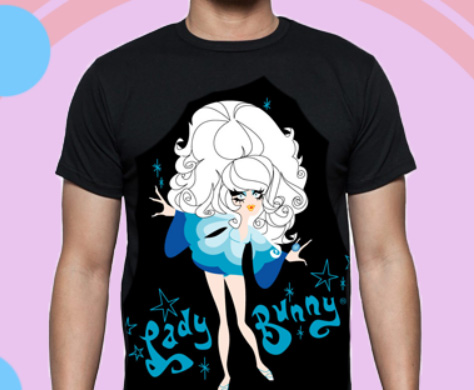 Purchase and download other Lady Bunny from her site! Check out the hot new t-shirts too!