No Scrubs: How Women Fought To Become Doctors

blogcatalog
No scrubs: how women had to fight to become doctors | Farrah Jarral | Life and style | The Guardian 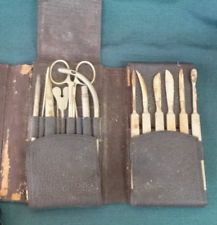 Women have always been intimately involved in medical matters – and not only through their familiarity with the act of expelling oversized babies from undersized pelvises. In the Middle Ages and beyond, women worked as midwives, nurses, apothecaries, bone-setters and surgeons. Yet, as the study of medicine became formalised, women were increasingly excluded. Henry VIII made a point of this in his 1540 charter forming the Company of Barber Surgeons, forerunner of the Royal College of Surgeons, in which it was decreed “No carpenter, smith, weaver or women shall practice surgery.”

By the mid-19th century, more women were demanding entry to medical school. The British Medical Journal at the time declared: “It is high time that this unnatural and preposterous attempt ... to establish a race of feminine doctors should be exploded.” Men expressed concerns that exposure to gore might pose a risk to delicate female health, apparently oblivious that women deal with blood on a monthly basis.

The first world war allowed women to take up posts in hospitals that would ordinarily have been occupied by men. But despite their competence, female physicians still faced major career obstacles in the interwar period, including discrimination on the basis of their marital status. In 1948, the educational reforms that came with the inauguration of the NHS required that a “reasonable proportion” of medical students were female.