North London Waste Authority has today announced the launch of “Save Our Stuff,” a digital TV adv... 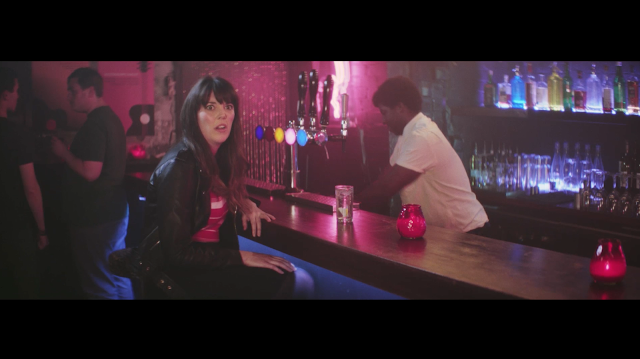 North London Waste Authority has today announced the launch of “Save Our Stuff,” a digital TV advertising campaign aimed at getting Millennials to recycle more and “not throw away useful stuff”. Created by advertising and content agency Therapy, the activity is built around research that shows existing recycling messages aren’t resonating amongst this demographic.

According to industry figures, Millennials are the worst of all age groups when it comes to recycling – those aged 16-34 are the least likely to say that they recycle all they can. And when it comes to the reasons why, these are complex. Many millennials are renters in the city, moving from borough to borough and therefore encountering different collection systems each time they move. Information and advice about recycling can also be confusing, as can the information printed on product packaging.

The first element of the three year campaign, the Save Our Stuff video, focuses on a quirky future scenario set in a world without recycled materials and the benefits that are lost as a result. The clip features a young male from the Netherlands trying to get the attention of a girl in a bar. Having explained that Holland ran out of recycled plastic three years ago, he can no longer get decent trainers and now has to wear wooden clogs. He gets shut down immediately. The shot is followed by the message: ‘Stop throwing away plastic. We need it for making trainers and stuff’.

The video will run on Sky TV, using AdSmart targeting to ensure it reaches the homes of consumers in the target north London boroughs. The content will also be pushed out as online video pre-roll and via social media advertising to maximise exposure and sharing amongst young people in North London.

An online microsite hub at saveourstuff.co.uk will also support the campaign, providing interesting content as well as further information on recycling in the different boroughs. Along with the YouTube video the links to the hub will be distributed via dedicated social media pages including: Facebook, SaveOurStuffUK; Twitter @SaveOurStuff and Instagram @SaveOurStuff.

Therapy won the brief with North London Waste Authority last year following a competitive pitch process. This is the agency’s first TV project, formerly known as Media Therapy, since it re-branded as Therapy in November of 2016.

Cllr Clyde Loakes, Chair of North London Waste Authority, said: “With recycling rates dropping for the first time in the UK – from 44.8% in 2014, to 43.9% in 2015 – raising public awareness around reuse and recycling is more critical than ever, especially among younger residents.

“We set out to get young North Londoners to take an interest in recycling, following research that revealed that traditional messages weren’t cutting through with this group of adults. Through ‘Save Our Stuff’, we will reconnect with young people by offering a completely new and original take on the recycling message, inspiring them to use resources sustainably and responsibly.”

Royston Reeves, strategy director at Therapy, added: “Recycling communications can become its own worst enemy. It can all too easily be seen as contextually irrelevant and as a result become a sort of cultural wallpaper to young people. Save Our Stuff looks to resolve that.

“We knew we needed to create a campaign that would jettison that baggage and inspire young people to recognise the value of the materials that they are throwing away.”