Not Everything New Is Bad 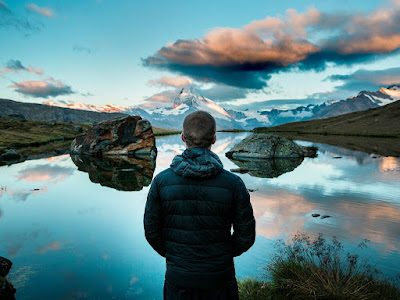 This US election season has brought to the surface a profound change in the placement of self-righteousness in society. Not so long ago, the average Christian was categorised as the self-righteous one. Not so long ago, it was the average Christian who was telling others that they were less than. When you thought of the word "Christian" you associated it with the word "self-righteous". And that was just ten years ago.
Fast forward to the year 2016 and the US elections has brought to light a truly profound shift in the way it once once! Today, the average Christian is just someone who thinks they really, really need to go to church because otherwise, they're not going to be good enough for God. A truly profound change in such a short time. Now, when you look at the average "liberal" today (self-described liberals), you are looking at an individual who, more often than not, sees him/herself as the better person out there on the street, out there in the mall, on Facebook, in school, at work, etc. In their minds, they are the better people. This is a gigantuan leap from the state of society just a decade ago.
Today, the average liberal is unwittingly embodying the very traits they perceive others as "less than", for having. Meanwhile, the average Christian is just trying to get things right with God, in order to be "worthy enough". And so as you can see, the shift of the placement of this characteristic of self-righteousness has taken a very dramatic turn!
Somewhere along the way, during the past decade, Christians realised that Jesus was actually the guy who was friends with tax collectors, prostitutes, and generally "bad" people. He wasn't friends with them because he was having sex with the prostitutes, conniving with the tax collectors, or was "generally a bad person"; rather, he was friends with them because he saw past what others could see. He looked at the hearts of the people; not the words, not the facade, not the face that they presented to others, to the public. On the contrary, the Pharisees (the religious leaders of Jesus' day), were the ones who judged people according to their outer actions and words, rather than according to the inner fuel of their hearts. And somewhere along the way, the self-righteous Pharisees of old incarnated into the average liberal of today. How did this happen?
There was a burning hate for the hypocritical ways of the average Christian, once upon a time. They disapproved of homosexuality, then they went and got caught in homosexual scandals, themselves. So on and so forth. This kind of two-facedness, coupled with condescending comments about the lifestyles and the choices of others, caused people to hate them. But faced with the error of their ways, they began to see that they were just as bad as the everyday sinner, and if anybody needed Jesus— it was they who needed him!
Who then, stepped into the Pharisees' shoes? The liberals did. The ones who once hated the Pharisees; became the Pharisees. Now, everyone else is a lesser human being. Everyone else is a "racist", "fascist", "bigot", and generally "disgusting human being." Liberals have given Pharisees a new name and a new face. The average liberal, that is. I am not saying every single person with a politically liberal mindset is so. I am describing mainstream, here. There are always those who are not mainstream, and thank God for them. The average liberal, during the US elections, made daily comments and innuendos on social media, putting down conservative values, putting down and mocking traditional families, traditional thought process and traditional ways. It was not even about Clinton and Trump, anymore. It was about everybody who was different being lesser human beings. Everybody who didn't hold liberal values was lesser for it, was hilarious,  was a joke. When you do that, you put down and you belittle someone's mother, father, uncle, aunt, sister, brother, grandfather, grandmother... it became about "my right to protect my family" vs. "your right to shove a liberal candidate down my throat."
Where is Jesus in all of this? Jesus has always been a Centrist. There in the middle. Not a conservative, not a liberal. Just a radical. And that's, well, that's radical!
Speaking of "radical", we have seen a rise in radical leaders this year. President Rodrigo Duterte in The Philippines and President Donald Trump in the USA. We have also witnessed radical actions that were taken, such as Britain exiting the EU. People and circumstances that are so far outside of our mindframe, so far outside of our circumference of acceptance, that we have to stretch our minds like play dough in order to be able to grasp WHAT is exactly going on! It's actually called neuroplasticity. Yes, it is an actual term.
There's only one word that can describe what we are all going through and what we have been witnessing, this year: radical. It's been a radical year. Some people feel overwhelmed, some people can literally not mentally handle it, some people are afraid, some people are angry... the world is changing and some brains have more "plasticity" than others. And that's okay. I want you to know that you are going to be okay. What you need to do is understand, get ready to treat your brain like play dough, don't harden yourselves to the changes that are occurring because that only makes it harder. There's something new, embrace it. Not everything new is bad.