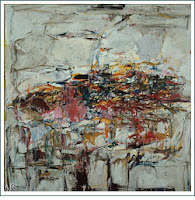 She signed her name and looked at it for as long as she could until they took the paper away and promised to get them a copy as they stood up and put down their reading glasses and left her alone in the office staring at a desk bare and empty after the paper had been taken away and they shut the door behind them behind her and she listened for their footsteps fading into some copier room somewhere in the suite sticky with expectations and bursting with silent gaps inflated into erect vegetables slumping in the corners of his associations ready to be fired at her just poised for interruption to prevent her from speaking her what was it again? Questions disguised as window cleaner you know to make the world a spotless puzzle until the edges of the pieces begin to wear away into what the wall has become where the commode lid rubs against the back of your mind.

Get up get up fight sleep sleep fight with the conversation with yourself that used to be with someone else who had the last word which reverberates along the banks of your wheezing sickness called a job employed to listen to people trying to look better or worse than they really are flat-lining skeletons coated with shit and pushed about by gas the existence that got away from the void.

A series of 5 or 2 minute-long vignettes of combinations of professions paired off and tied to mattresses of varying degrees of discomfort and are threatened with their choice of a six-figure penalty to the wallet, a three-pronged spear to the chest, or a double-sided steel brush to the face to fight in their sleep. Proposed matches for the first season would be between "You'll never amount to anything" vs. "Everything that craps out of your mouth depresses me"; "Take this expression and simplify it to the sharpest point that will cause you the most harm" vs. "Say not what I throw away, but do what comes out of my ass"; and "You'll have to start completely over" vs. "Go to the end of the line." Have a feeling it will be renewed for another season.

I Am the Decomposer