My last 5 or 6 posts have focused on the Nevada STEM Underwater and Aerial Vehicle Computer Science Institute (NSUAVCSI) grant I wrote and am now facilitating. 18 middle and high school teachers started out learning a bit of computer programming, then the ethics, safety, educational uses and how-to’s of aerial vehicles, and now underwater vehicles.

Beyond teaching and facilitating the institute classes and activities I’ve begun doing visits to the participating teachers’ classrooms. I’ve waited until now so teachers had time to be trained and then begin utilizing the Parrot, Phantom 3 and OpenROV 2.8 robots with their students.

This week I visited Mike Imari’s class at Dilworth STEM Academy Middle School. Besides science classes Mike teaches an elective called “Aviation and Drone Tech.” He has also received a grant of his own which will provide several models of aerial drones for his students to build and fly later. He’s still not sure when his will arrive so he signed up for the NSUAVCSI to not only get training in utilizing robots in student learning, but to have access to the Institute robots now.

His students have already been programming 6 of the Parrot drones from the grant he checked out, but during my visit the class was involved in several other activities. Some students were finishing up a research project on drone safety and the laws governing drones. 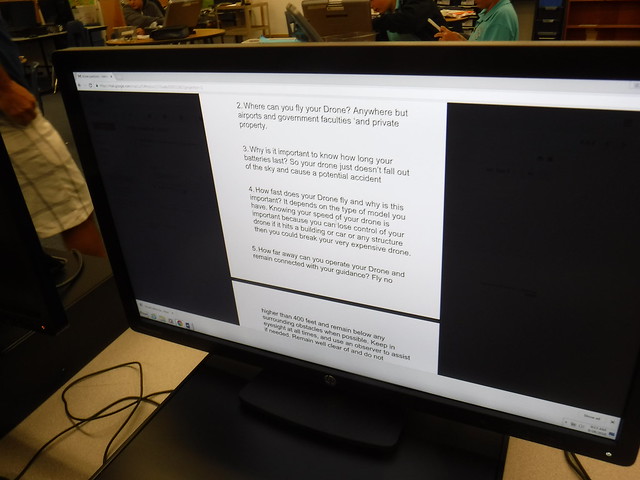 Others were utilizing the ncLab computer programming courses the grant paid for to learn not only programming, but 3D printing as well. 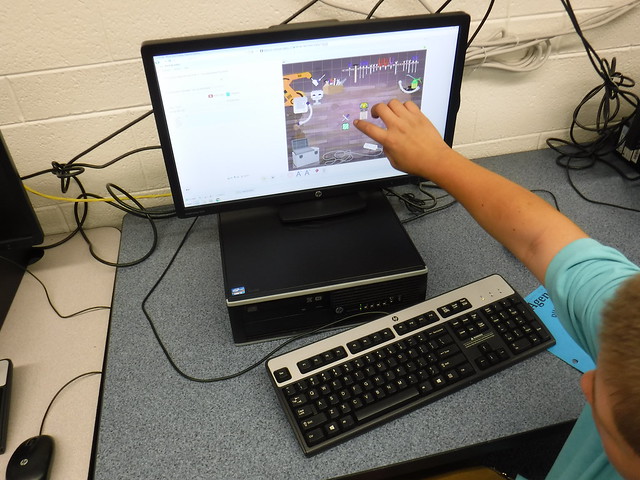 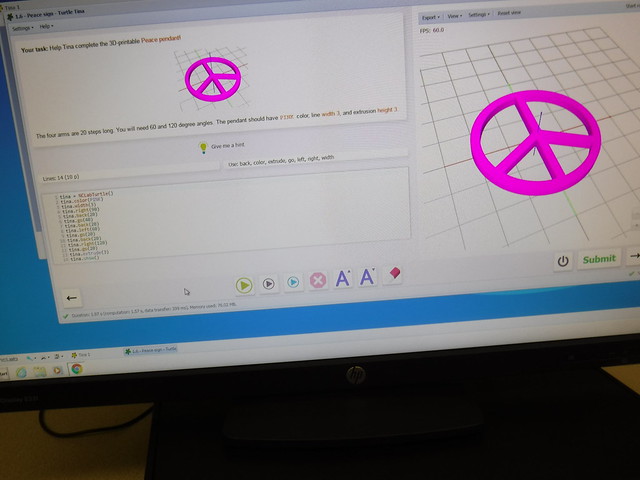 One of the resources available are RF 7.5 flight simulators that allow you to virtually fly different models of drones. It really is a great way to learn to fly them by stick without the “messy” learning part that might include crashing and breaking expensive vehicles before flying a real one. One of Mike’s students was practicing his skills that day. 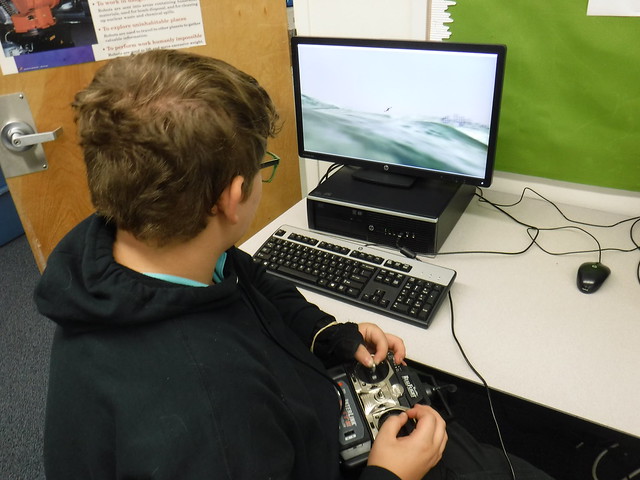 Still other students were busy building their own model aerial vehicles that cannot actually fly and other devices to learn “making” skills. 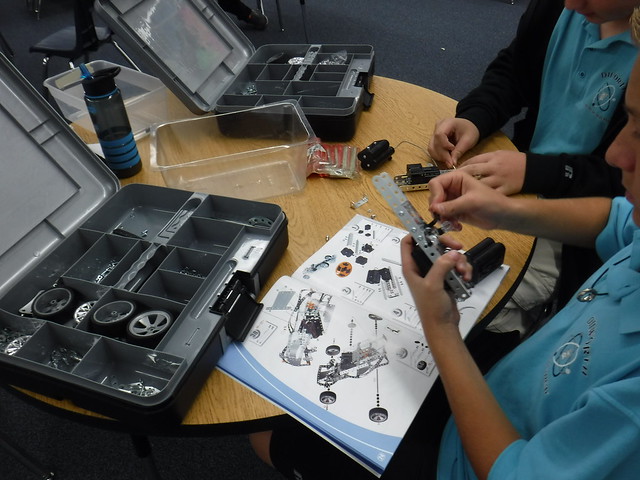 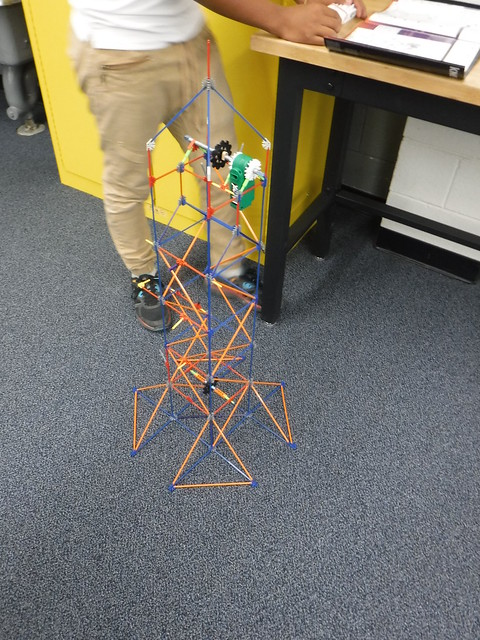 We recently received prop guards for the 19 Phantom 3 Professional quadcopters available for checkout, so Mike is planning on checking some out in the next few weeks. This news was just what his students wanted to hear.