blogcatalog
I am very pleased with the news that both of the nurses who contracted Ebola in Texas have made recoveries. It has become apparent that health care workers, and nurses in particular, are the individuals most at risk during outbreaks of infectious diseases such as Ebola.
There has been  much discussion in the literature of infectious diseases concerning the course of a hypothetical large scale outbreak of Ebola here in the USA as opposed to what has actually been seen i Africa. The speculation is that the mortality rate would be a great deal lower here for several reasons:
1. Hygiene. The limitations on the supply of clean water make a western standard of hygiene difficult, if not impossible, most places in Africa. This makes handling of patients far riskier.
2. Nutrition. A well nourished person has an immune system far more capable of fighting off Ebola.
3. Co-morbidities. The presence of other disease processes would make Ebola more likely to be fatal. Take for example Malaria. It is estimated that at any given time, 30 to 40% of the population in west Africa is carrying Malaria.
4. Cultural practices in caring for family members who are ill and in dealing with the dead make the spread of Ebola more likely in west Africa than here.
5. The supportive care (IV hydration, parenteral nutrition, etc) available to an Ebola victim here is vastly superior to west Africa. Supportive care gives the body a better chance of overcoming the virus.
The medical people in these discussions are estimating that the mortality rate would be in the range of 20 - 30 %. Still a very scary number, but nowhere near the 40 - 60% that has been seen in Africa.
Another concern is that many health care workers would simply not show up for work in the event of a major outbreak. The level of risk in west Africa is actually greater than in front line infantry engaged in combat. Nurses are not soldiers, and have not signed on for those sort of odds of survival.
Food for some serious thought. It does not have to be Ebola. There have been outbreaks of influenza  with similar morbidity and mortality, the Spanish Flu that broke out just after WW1 for example. 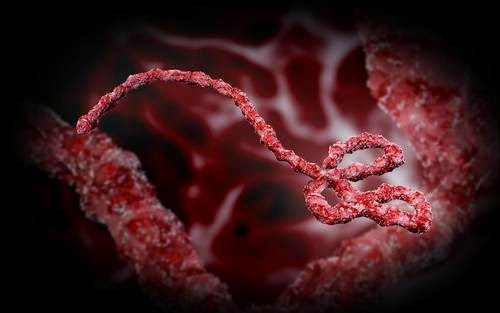 While you are here, please scroll down and read a sample of the Book "The End of Shift Report". Thank you for visiting!