On Having A Mind Of Your Own 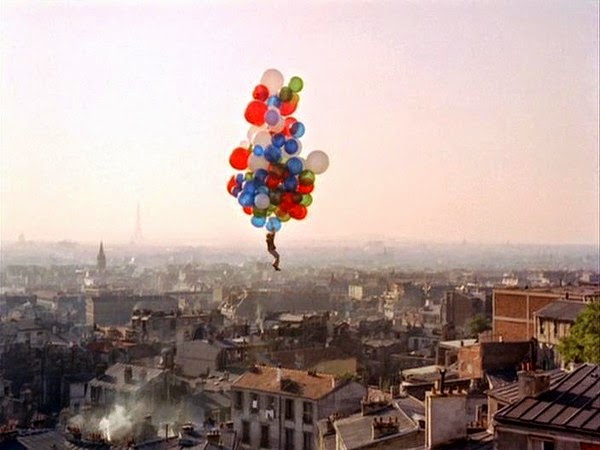 The early hours of last Friday were not unusual. I awoke groggily, listening to the sound of rush hour traffic crawling down Commercial Road, the patter of rain, the shouts of schoolchildren filled with Friday anticipation. In some senses, a day like any other. Apart from this was the morning after the General Election.

I hadn't stayed up to see in the results. The new dawn brought the possibility of fresh hope.
But it wasn't to be – one glance at my twitter timeline was enough to bring me back down to earth. Passing Sainsbury’s, the newspapers were awash with mawkish adulations from broadsheets. Getting on the tube, I was greeted with ‘Our Sweet Victory’ on the front of the Metro. It was all a bit too much to stomach at 9am.
As I tried to make sense of what happened – and what’s to come – recent experiences, both mine and those belonging to others, started to assemble in my mind.
What does it mean to live under a strained NHS?
A doctor’s appointment interrupted TWICE by a desperate nurse who had run out of vaccinations for the babies she was inoculating that morning.
“I’ve got eight babies left to vaccinate and no medicine!” she cried, as my doctor fell to her knees to scrabble to the back of her fridge – aptly labelled RESERVES.
Picture going to the pharmacy and being told to come back in two days when your prescription (promised uncertainly) might be in stock. That’s happened to me recently.
What does it mean when people talk about the ‘creative industries’ suffering?
A recent conversation with a jewellery student whose degree course, BA Jewellery and Metalwork at Middlesex University is being scrapped – despite winning prestigious accolades such as New Designers Best Stand in 2013. She is one of the last students who will complete their degree in 2015/2016. There are significant educational cuts to creative arts looming on the horizon; the slow suffocation of traditional skills is just the beginning.
What does it mean, when people talk about the impending welfare cuts upon the disabled?
A blogger whose adopted children will face the pain of hateful SAT resits that seek to root out "mediocre failures"; a mother whose disabled daughter will bear the brunt of austerity legislation; a heartbreaking profile of a mother who can't afford the heating to keep her brain-damaged son warm.

"We’re distorting philanthropy; we’re beginning to see people who have needs as failing, lazy, not worthy of support".
It’s hard to know quite what to do when things like this happen.
I’ve heard a lot of talk about how things are going to affect ME, I, the individual. We need to start thinking of others, with immediate effect.

Even before we start to think about how to counter negative impacts on the vulnerable, we’ve got to change the frequency of our mentalities – to compassion. At which point, I’m going to flag up the most utterly selfless, dedicated and generally wonderful individual Camila Batmanghelidjh, who delivered a ‘Thinkbomb’ on the theme of philanthropy last year at an event I coordinated.

"We’ve stopped being in the experience of being with another human in a compassionate way. We’re distorting philanthropy; we’re beginning to see people who have needs as failing, lazy, not worthy of support. If, the moment we see need, our response is “that’s a lazy person”, we’re distancing ourselves from that human being, and not being able to imagine that their need is genuine. We become punitive, sanction driven, moralistic, and we generate a greater power discrepancy. In that process, we keep ourselves supposedly morally elevated, and them morally diminished. In this gap, we create separation; and attack our own ability to be in community in a compassionate way".
Obviously, anyone with any semblance of a humanitarian conscience would look upon the vulnerable in society and try to extend a helping hand, in whatever way they could. So too, are there many people, who, driven by tyrannical self-preservation, would not. But I’m not going to discuss those people.
Camila’s point is that by shunning our compassionate, innate instincts, those “failing lazy, unworthy of support” people become faceless entities on which we project our own faults and misgivings. Our capacity to empathise diminishes when we stop giving people faces, stop giving them names, stop listening to their stories.
It's vital to cultivate an awareness of people in need. It strengthens our sense of empathy when we humanize, and generates help for their cause. There’s a way in which we can achieve this awareness too. We need to take an active interest in people; and start seeing that homeless person as someone who once went to school, perhaps had caring parents, or didn't, who probably had the same aspirations as you, once upon a time.

One thing I like about creativity is that it really is as much of a way of thinking as anything else. Happily, this means that anyone can adopt a creative mentality, regardless of whether you have an affiliation to traditional creative industries or not. Creative concepts and solutions emerge in the gap where we start believing in our abilities to change things; enabling a freer, imaginative way of thinking – and feeling - to flourish. Let’s open our eyes and sharpen our senses, and become receptive to the needs of others; people whose troubles, hopes and fears may never be visible, until we start to ask.
We use cookies to improve user experience, remember your preferences, and analyze website traffic. By continuing to browse this website, you consent to our use of cookies as outlined in our Privacy Policy.