blogcatalog
It was  January.Days were  cold and nights  were colder . Rains were  spoiling the paint of front yard walls .Sometime when sara looked at walls she found them so tangled  and  scary she thought as if it is her  barren heart with so many  complex conditions.Still she could not find out what is the reason behind her restlessness. 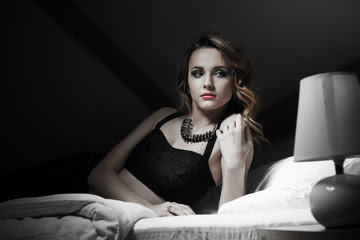 image source google  including all images below

Sara  and Robin were living like two strangers who travel  in same train sit so close to each other exchange their thoughts   over various topics just to time pass.Robins gentle and calm behavior was still unable to touch Sara's heart  that was felt by Robin .

Sara  controlled her emotions strongly and remain normal and carefree.But  deep inside her heart  something was raising
so tiny as a first tiny leaf comes out from ground grabbing itself out of the shell of strong seed.The day when she sent letter to her mom and sister she faced mixed feeling of peace and anxiety. In the night  when Robin was asleep she looked at him for long ,
she felt as Robin's face  has kind of magnetism which  is attracting her sight so strongly as she was unable to resist  his attraction.For the first time of  her life she felt herself free from the cage of fear
fear of being close to her man .

She  wanted to  lay beside him but what if he awakes ,  and this thought made her chocked and she immediately removed her eyes from Robin's face.She put her hand on her chest and felt the beat fast.She  turned towards the wall side and closed her eyes to get some sleep  but  that night she dreamed all about Robin his  handsome personality his  so attractive smile  his  huge shiny mesmerizing eyes that capture one's heart .

In her dream she lied beside him put hand over his strong chest and slept with a peaceful smile on her face . 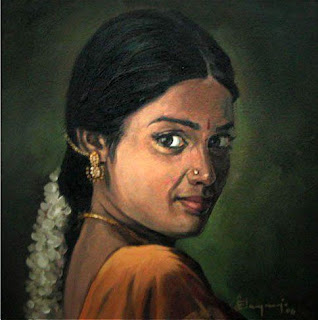 Next morning  when she woke up  her dream was floating in her awaken eyes  but  her  thought could not reach Robin.She  made breakfast and they both had it together .There was little talk about  Sara's  mom and sister who were  coming  tomorrow ,Then he left for office .

It was routine that  after  him  Sara  used to  bear the sharp cold eyes and words from her mother in law and  humiliating behavior  in kitchen  when she get near to Sara . But strangely Sara never gave her any importance she was of opinion that  women  limited to houses mostly  are same  they  pity on themselves and instead of doing something to improve or empower they use their energies  in negative way the  make  foolish  plans to take  each other down and don't let go any chance to pull each other's leg .

Though Sara was far younger in age then her  mother in law but  she was far  mature  then her when it  come to  way of thinking and behaving .She never  complained Robin about it and she felt that  because of it her M in law was getting more crazy.Good thing was that she was  quite normal in front of Robin  and Sara was  fine with it without knowing that some day she will blast  finally. 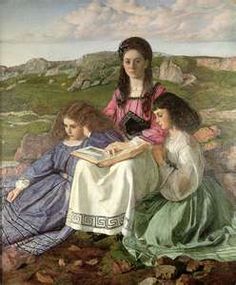 Next day  Sara  's mom and sister  arrived ,Her mom seemed terrible though Neena was fine .Sara  was glad that because of Robin  her loved ones were out of trouble.Sara put their luggage in side room and made the nice food .They had evening tea together and Robin  meanwhile  asked Neena  to get ready to restart her studies as he will arrange his admission in Girls high school  little far from house.Neena  showed excitement and thanked Robin for his concern.

Soon  within few days Neena  became  a popular person in the whole big family .She was so beautiful in looks and vibrant in  life style .Everyone liked her even Helda  smiled in her company ,The youger sister of Robin  Elina  was also in same school with Neena and she idealized Neena for her approach of life and fashion and style in living and wearings .Robin's younger brother  Teddy was also inspired by her cheerful personality .

She used to laugh much and loud ,she enjoyed life and took it light  she never regret that her two years of study were wasted or back home they had to face numerous problems  .She was person who live in moment and keep eye on future.Her personality had many complexes .She belong to a poor broken family and it was fact undeniable .But she decided to be  rich and successful person who gets what ever he want and stands above from where all looks so tiny and worthless . 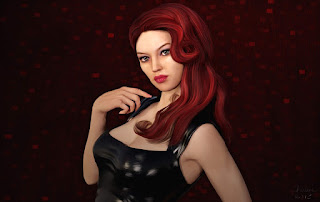 These were the reasons that to be center of   everybody's attention  was the first  step of her planing it gave her   an alcoholic kind of joy.She remained unsatisfied till she did not get the attention of everyone around it was insult to her.