Only A Sixth Sense Can Decipher ‘The Seventh Son.’

blogcatalog
Once again, a mystical youngster is poised to save the world in the perplexing fantasy romp, The Seventh Son.
ON CONTINUITY 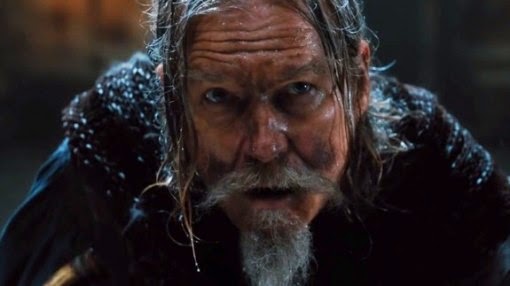 ARTH VADER (AV): While this oddly named fantasy film owes its original story arc to a book called “The Spooks Apprentice” by author Joseph Delaney (an equally off-putting title if you ask me), the story chronicles the coming-of-age tale of the seventh son of the seventh son (whatever that’s supposed to mean) and quickly morphs into a poor man’s Van Helsing–type ride through the lore of monsters, witches-turned-dragons and all kind of other super-natural thingies. Mind you, dear reader, I have not read the book but the premise, from the other reading I have done to validate it, is that the screenplay is pretty darn close to the source material. Did you read the book, Pontificator?

THE PONTIFICATOR (TP): I did not read the book Vader, but the  idea is as old as time…the world (being represented by a very small actually area) is besieged by witches and demons and the aging lone hero must train a successor to take his place and keep the world safe. Been there, done that…so the only thing that really makes this unique are the actor’s approach to the material.
CASTING, DIRECTING AND ACTING 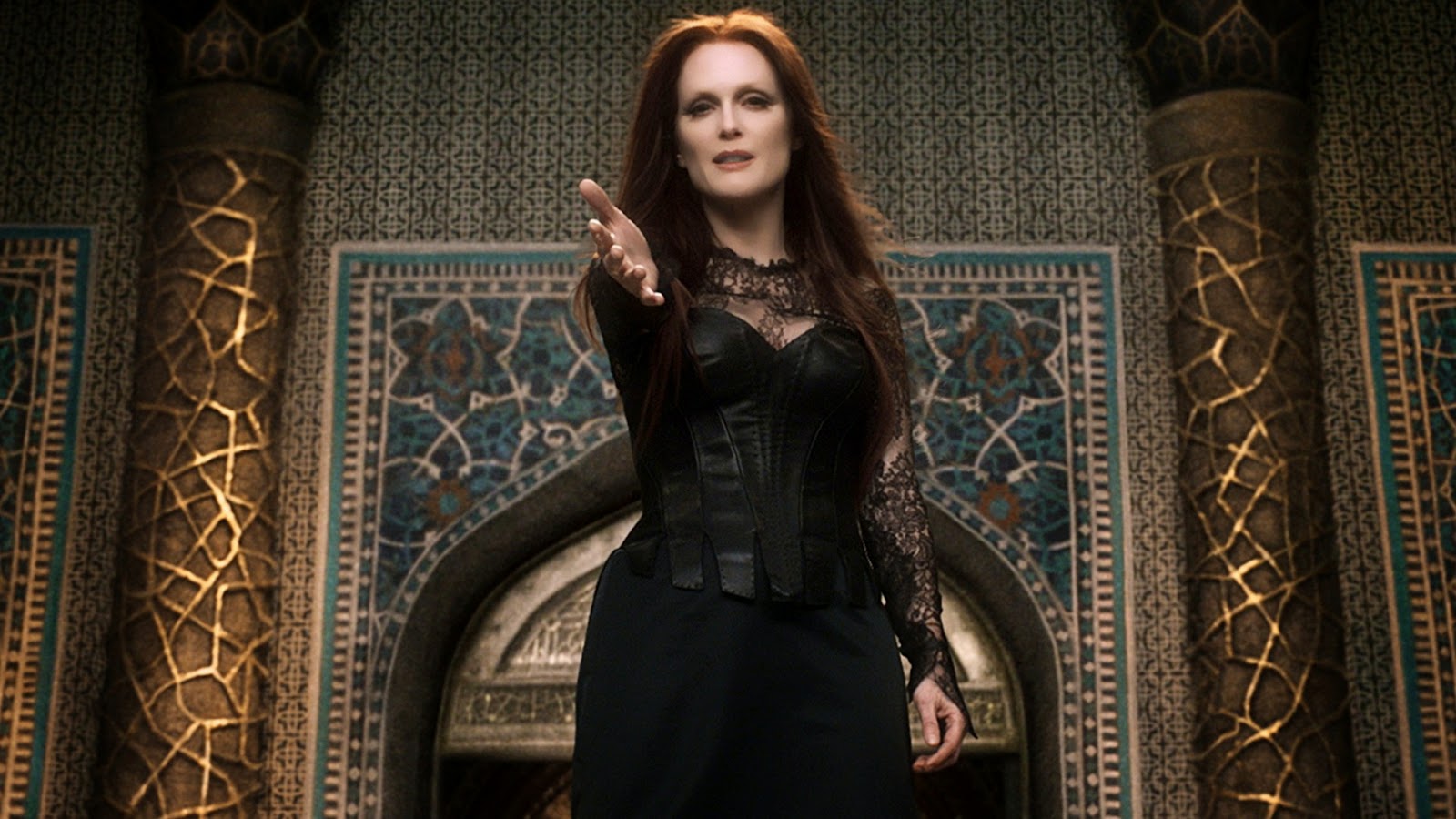 AV: The household Hollywood names like Julianne “I just won an Oscar” Moore and Jeff “Anything’s Better than R.I.P.D.” Bridges, delivers that much sought-after star power bump to a film that might otherwise succumb to its own mediocrity. The direction–for me–was all over the place, camera work was deliberately methodical. Talking heads, to side angle, to (unnecessary) helicopter shots the story-telling and the imagery was a hot mess. The acting was a solid “meh” save for the performances from Moore and Bridges. There won’t be any Oscar noms for this one unfortunately, Pontificator.

TP: Indeed not Vader. There were a lot of stars in this film, but the script did not allow them to actually use their talent. I think Jeff Bridges really made the most of his part and it was a pleasure to see him really get into his character, I absolutely loved his delivery. Julianne Moore was adequate at being evil, as was Djimon Hounsou and Jason Scott Lee (I hope this isn’t his attempt at a comeback). Antje Traue is always a pleasure to look at, but I liked her better in “Man of Steel.” Ben Barnes…being the main character, really did nothing for me and just added to my wanting to see more of Bridges. 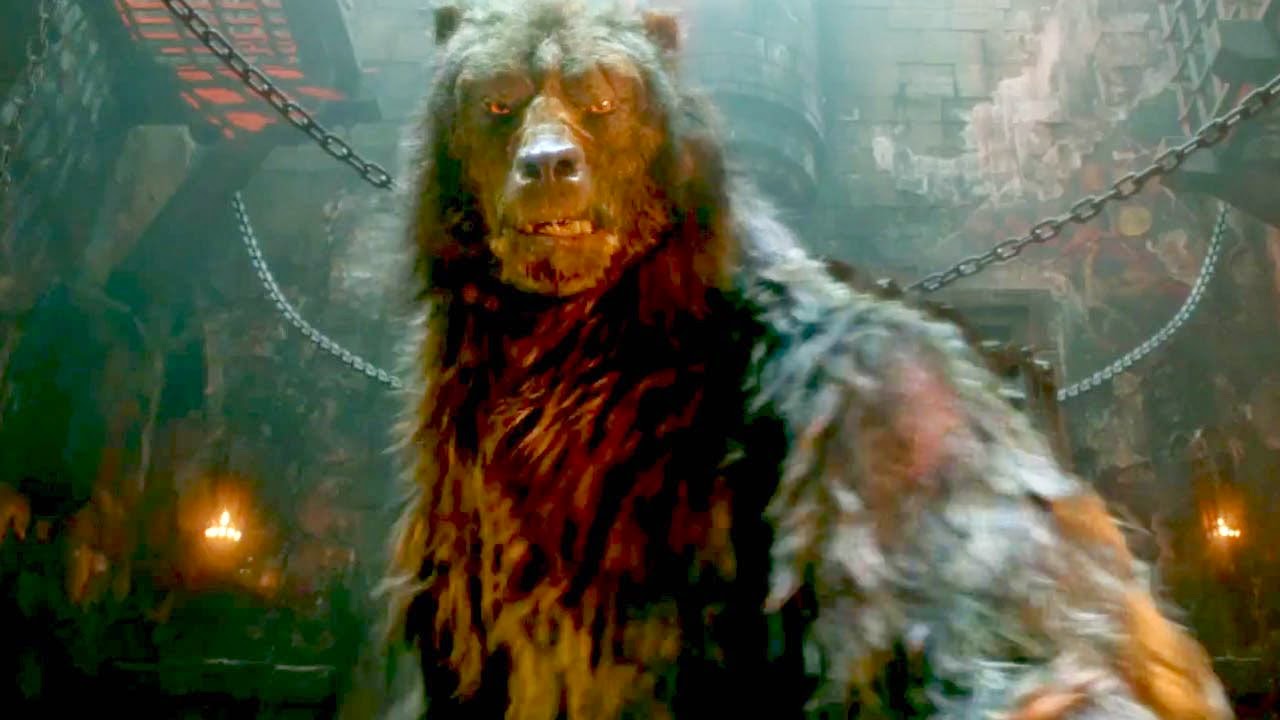 AV: The effects in the Seventh Son are ‘Ok’ at best. Mostly clean, the effects are good at first but the sky shots of the city were clearly hurried CGI work and the monsters appear onscreen in varying levels of polish. Its hard to create a fantasy film these days without serving up a healthy dose of visual effects but movies these days need more. The visual effects need to help tell the story, not carry it. Unfortunately, films like The 7th Son are not about telling a quality story, regardless of the source material, but rather it hopes to wow us away from the fact that all too often, the story is FUBAR. Thoughts, P-Man? 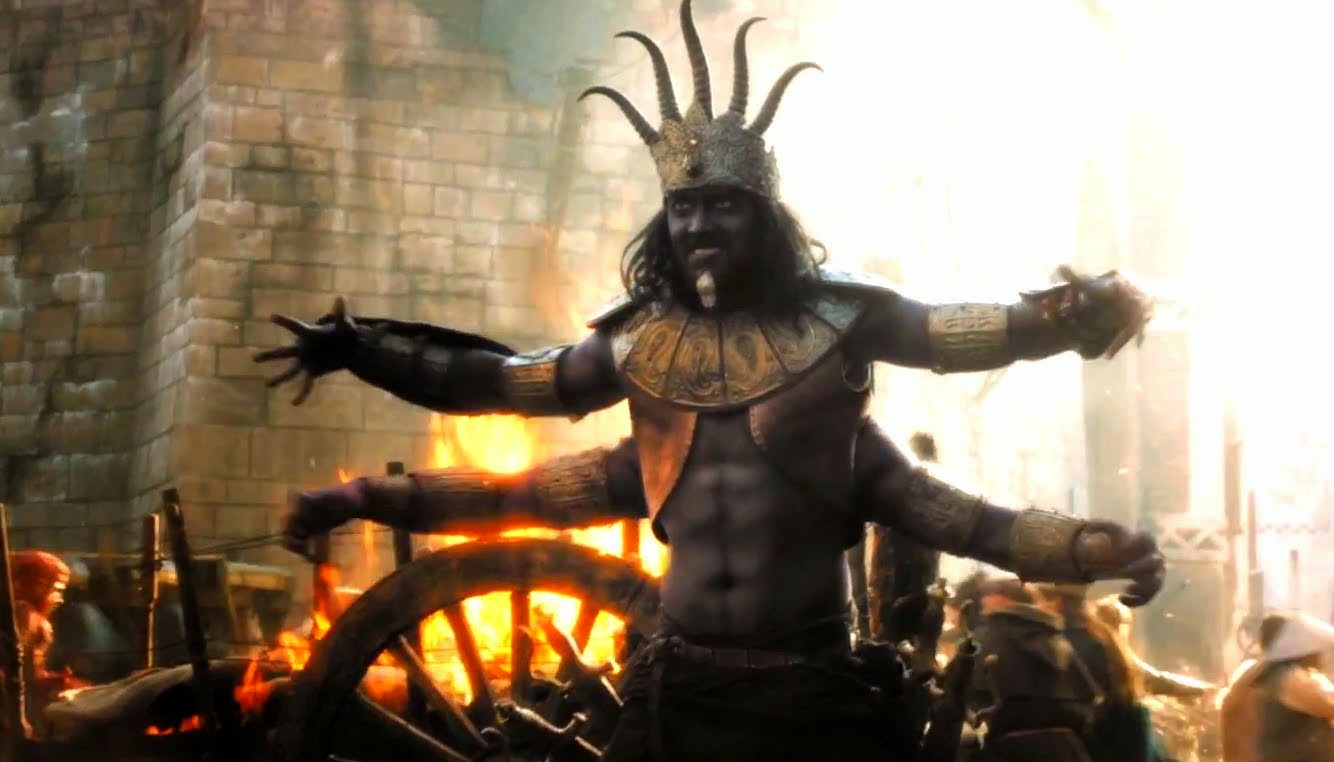 TP: There was no new ground broken here, although it was very fun to watch this film in IMAX 3D. I don’t think the film utilized the medium to the fullest, even though there were moments when the action seemed to pop off the screen. With such a sparse script and acting, more effects could have certainly been used to help elevate the film.
TAKING A CLOSER LOOK 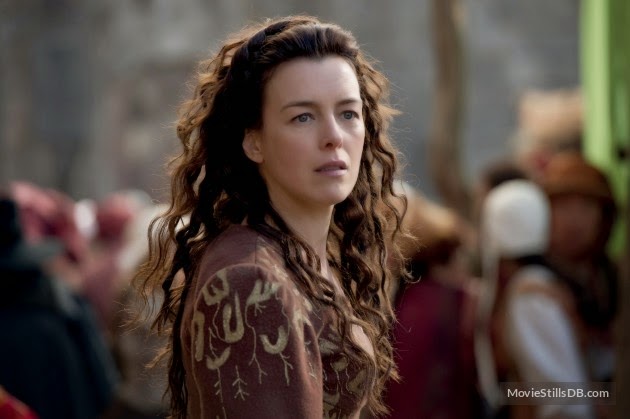 AV: To be fair, I didn’t hate this movie (makes you want to run right out and see it now, right?). I went in with the lowest of low expectations, and was mildly entertained. This movie makes little connection and even less sense. Even its title is barely addressed in the film. While the dragons, witches and other supernatural adversaries look great, they fail to elevate the story or the experience. There was a reason this movie was supposed to debut over a year ago and didn’t. Whatever the problem they identified either wasn’t fixed or was so big it trumped other issues like poor acting and shoddy storytelling. And poor storytelling should be the cardinal sin of any film. Seventh Son simply rambles on in a world of McGuffins that are so uninteresting, we simply accept it and move on. 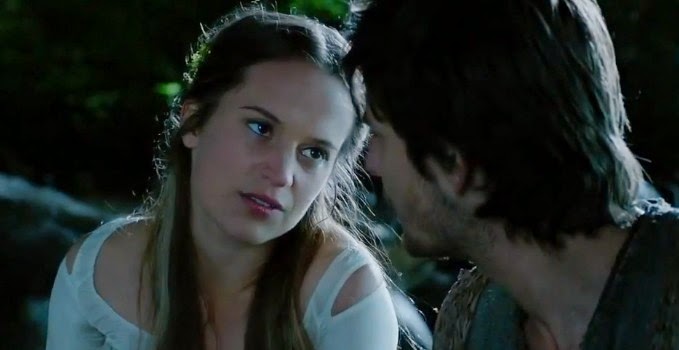 TP: There isn't much more to look at in this film. The story was something very familiar in that good has to overcome impossible odds to defeat evil and the torch must be passed so that this responsibility is always met. I didn’t see any deeper insights besides that, and “love can overcome anything”….yawn. I suppose attaching big names was an effective tactic to get people to come to the theater (have to check the box office results to see how effective), but such a tactic falls short when you only deliver and alright film with a subpar story. Yes, there was some decent action in the film, and Bridges is looking and moving well as he gets older, but in the end, I’m looking for more. 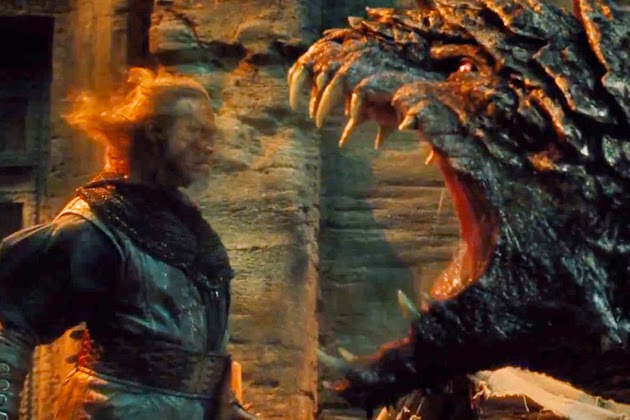 AV: This movie ended with the pretense ‘this is just the beginning’. The narrative pretends like this is all just getting started and to that I say… whatever. The film’s climax left me totally indifferent and while I would entertain returning to another installment, if this film or series is never heard from again, well, let’s just say there won’t be a whole lot of tears shed.

TP: They could certainly do another film…but Ben Barnes is not capable of carrying it. Having Bridge’s character ride off into retirement pretty much spells the end of this story for me…unless they bring him back, and then we are right back where we started…and there is really no need for that.
RATE IT! 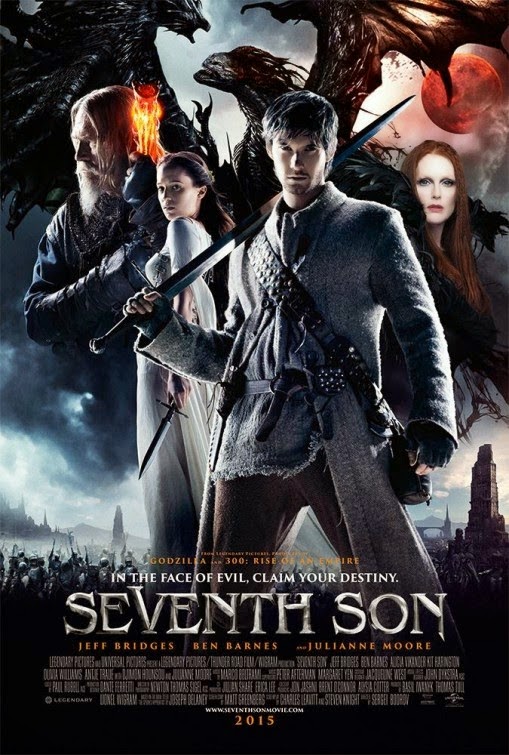 ARTH VADER rates The Seventh Son: Given the breadth of films due to release in the coming months, this film is, at best, small potatoes. Even blockbuster A-Listers can’t save this dull fantasy romp from itself. The non-sensical story, thin plot, plastic characters and yawn-inducing acting make this movie ideal for a lazy Sunday afternoon watch when you simply don’t want to get up from the couch. That said, Seventh Son is granted only three (3) busted blocks in the grand old ‘swing-and-a-miss’ Hollywood money-grab style.

THE PONTIFICATOR rates Seventh Son: If you have nothing better to do with your day, then go see this film…it’s certainly better than doing nothing at all. I enjoyed the effects, the action, and Bridges. I didn’t fall asleep even though the cliche’s in the film are to yawn for. In the end, this film eradicated five (5) evil busted blocks in it’s attempt  to entertain me, and save the world.