When I posted The Final Frontier last week, I didn’t include a detour near the start of the route described, partly because it didn’t seem like an integral part of that route and partly because on my only previous attempt to follow it I’d been forced to put my foot down in a couple of places to avoid falling off my bike. However, on Sunday I rectified this failing, and here I present a photographic account of the narrow path for anyone who wants to try it.

The start of this exciting detour comes a short distance after the main route turns off Sha Tau Kok Road, just after the first speed bump on this unnamed road. Look out for the small impromptu shrine on the right of an obvious side road and the sign ‘yau lee’: 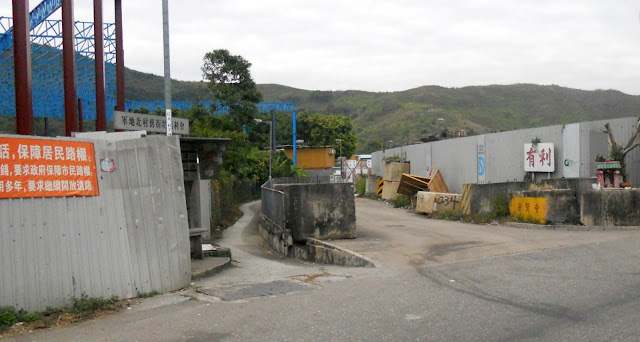 The first corner is easy enough: 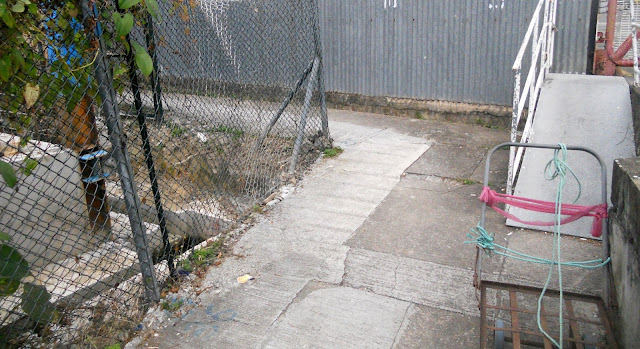 …and so is the way ahead: 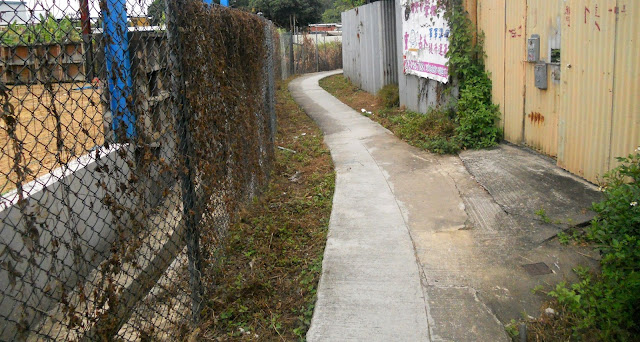 …but the next corner is slightly trickier, mainly because you will need to make sure that your front wheel doesn’t go over the far edge: 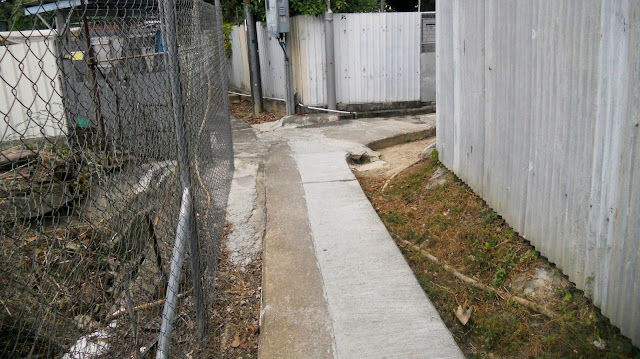 Take the right-hand option in this next photo: 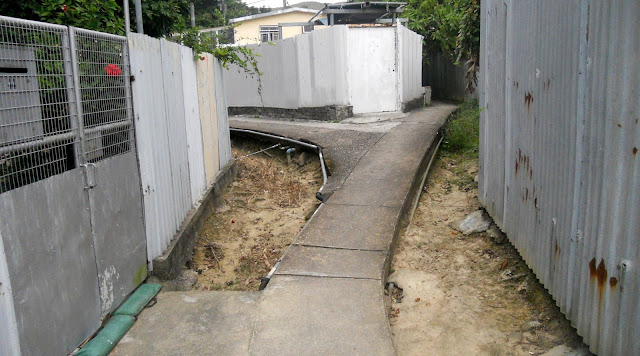 This leads to a section between two corrugated iron fences: 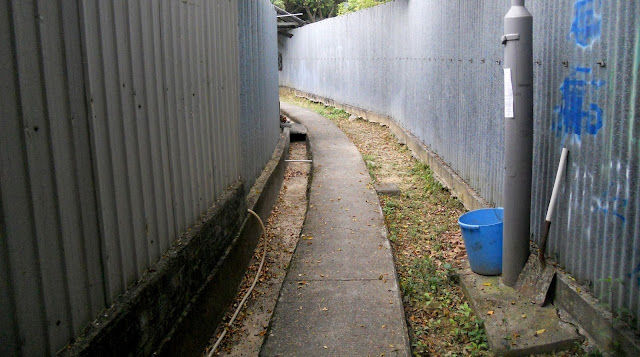 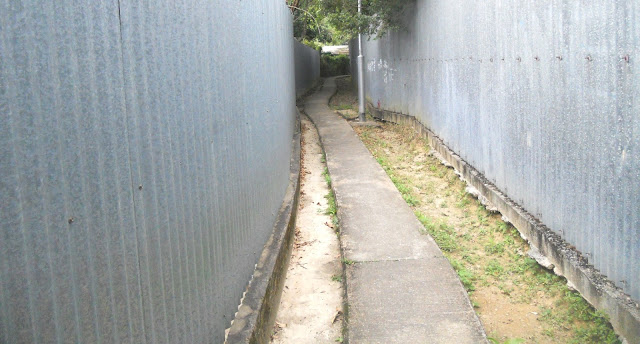 Ignore the possible left turn in this photo: 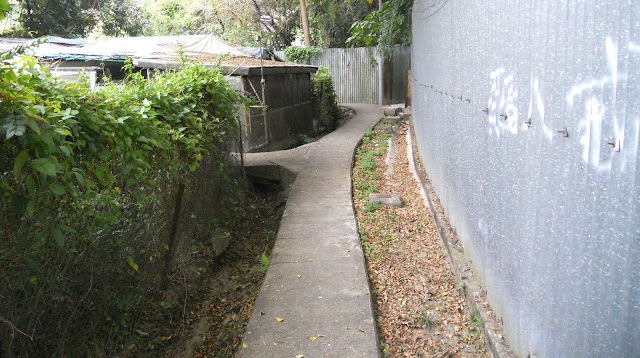 …which leads to a straight (and straightforward) section: 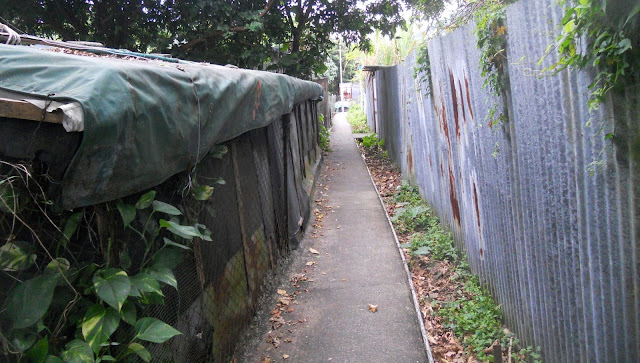 However, the corner at the end of this is probably the trickiest on the entire path (notice the purple flowers on the inside of the corner, which I think would make a fine addition to an English garden): 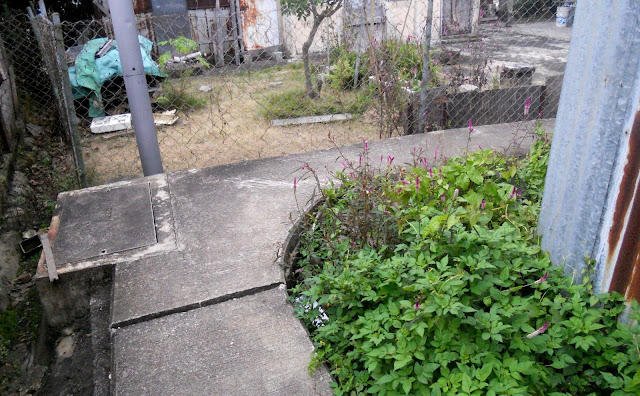 But this is followed by more easy stuff: 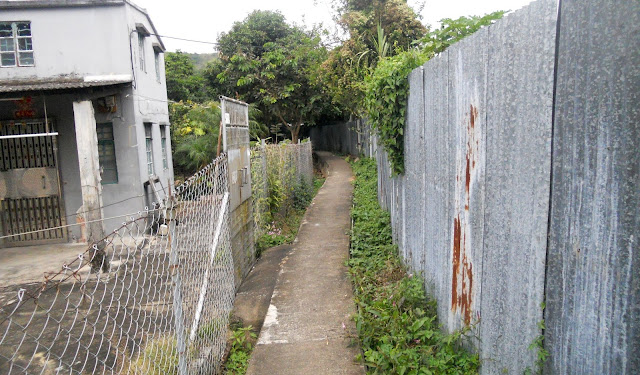 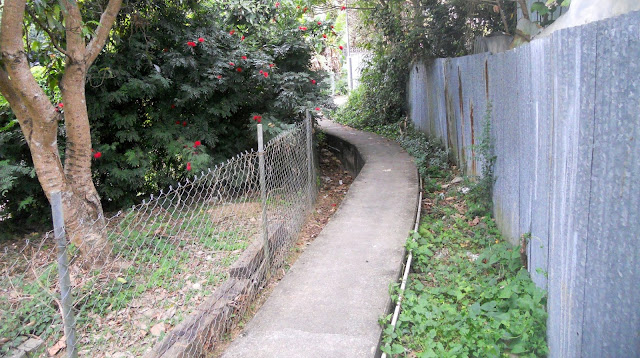 Note the guard rail on the outside of the next bend. There is a sheer drop of about 3m off the side of the path at this point. 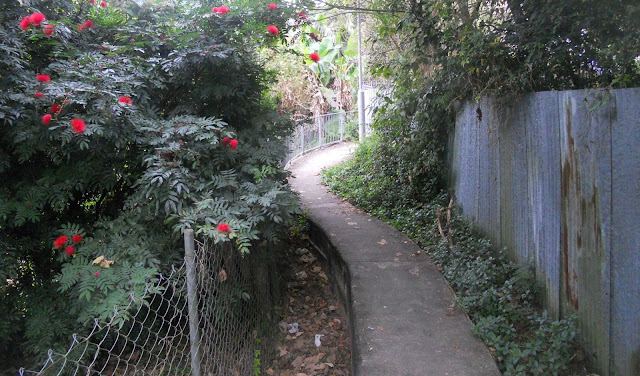 The red flowers on the bush on the left don’t actually look like flowers. They look more like red pom-poms! For reasons that I don’t understand, there are a lot of flowers about at the moment, which makes cycling in the countryside even more enjoyable at this time of year.

There is also quite a severe drop off the side of the path as it swings around the concrete wall on the right (I had to put my foot down here on my first attempt): 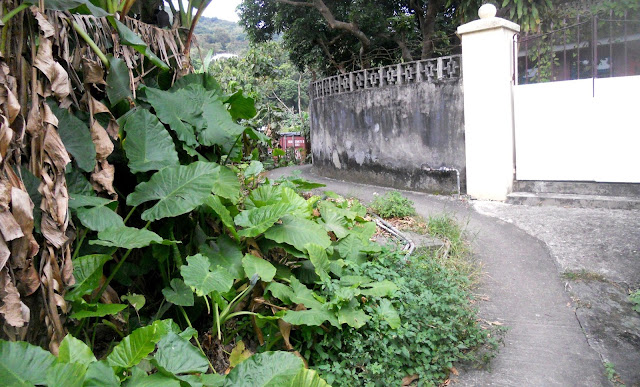 And the last obstacle is a short but steep down-ramp. Make sure your brakes are in good order: 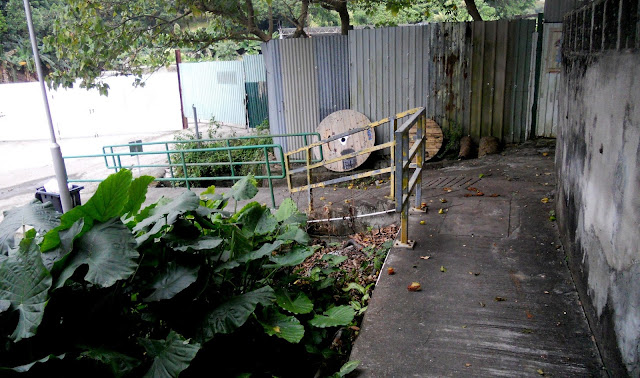 You’re now on a rough but regular road, which you can follow back to where you started, ready to resume the main route.