Peeking In My Oldest Album 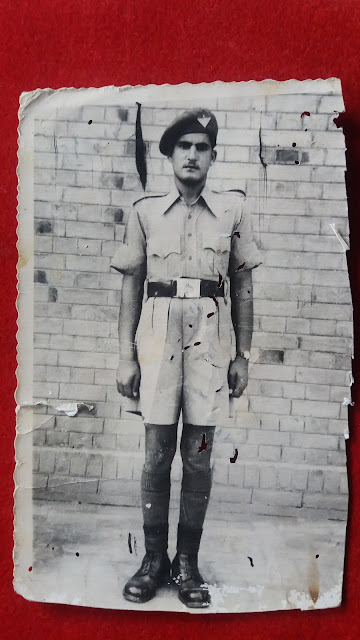 This  is  my  father when he was 16  years old and joined police force .Later  when  my  one  elder  brother  died and my parents moved to my maternal  town  my  father  had to leave this job and earned fame and respect in the field of watch making he had owned his small shop near  Islamabad. 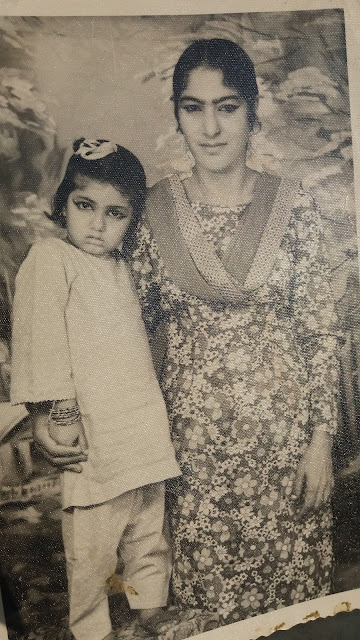 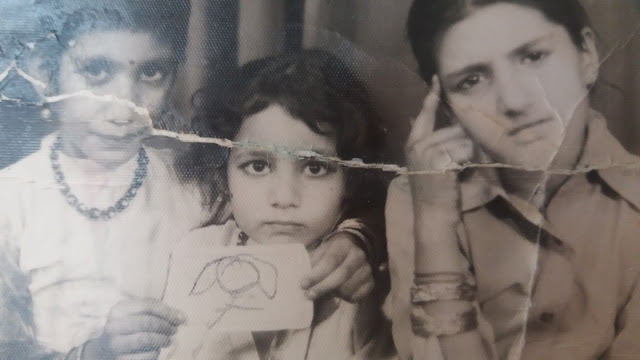 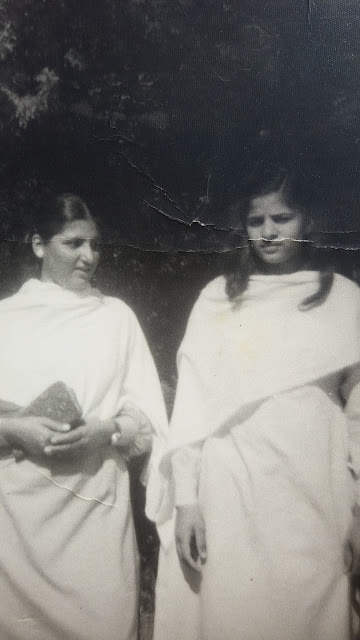 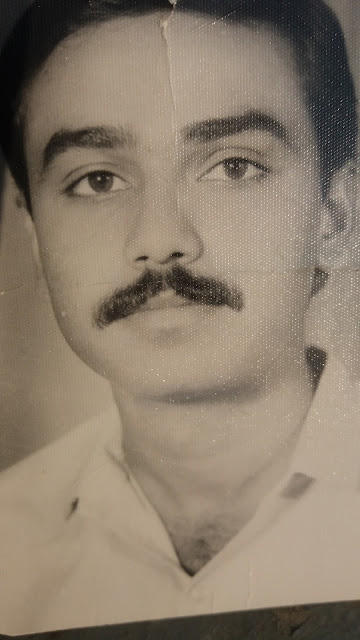 My  husband when he was in collage .
That time  in village arrange marriages were  common .My  heart  hopped  for  him among  five proposals and i said yes to my parents for him .He  was   a clerk in town planing department .After  marriage  he  did his masters and switch his job .Now  he is a shorthand instructor  in govt commercial collage. With  this  single job and limited earning he supports his mother .He  helped his younger brothers and sisters in studies and marriages .He  also supported  our  eldest son  for his studies until he got scholarship.He supported me in my B.A and masters.He  bought 5000 square feet land and made separate house  for us.He  is very responsible in his all belongings and relationships .
He brought me in his city but took  great care of my feelings.I love him so much. 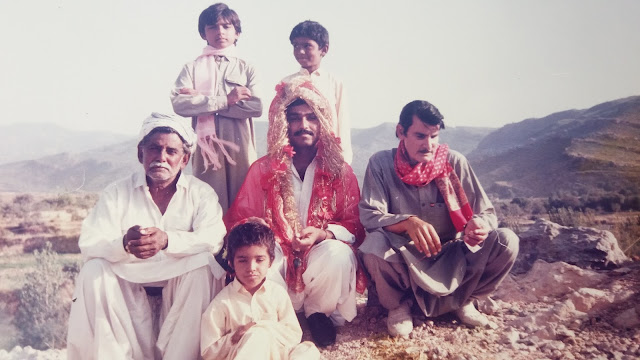 Groom [my husband] on wedding day .He brought his parents and other family members for  this [on left my father in law][on right my father] our house was on hill top and they are siting outside the house here.[1991] 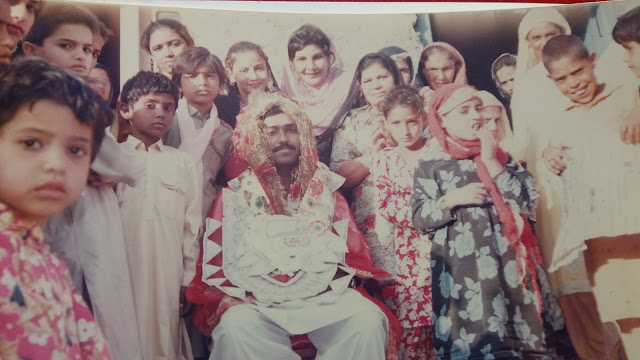 Groom surrounded by both family members [The thing worn on head is part of  local  tradition ,it is called SEHRAA] 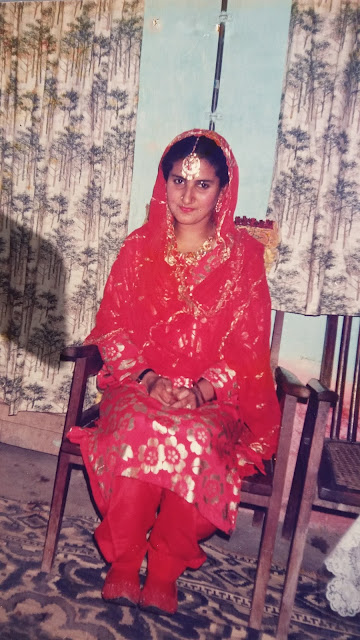 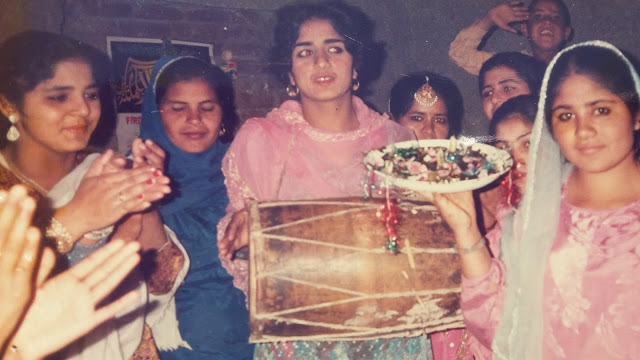 My  cousins and friends celebrating the moment by singing and beating drum which was also part of tradition.[1991] 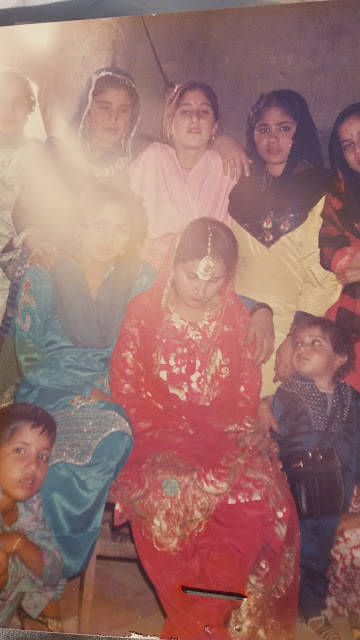 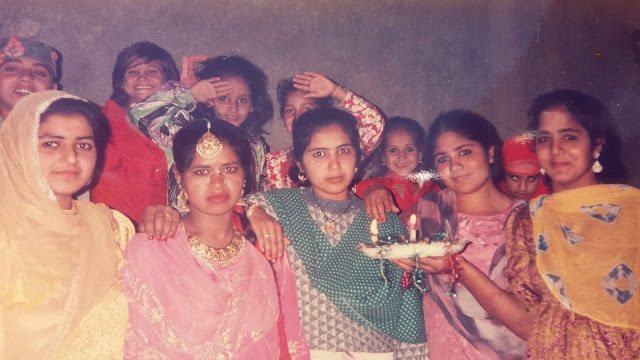 All of  these have grown up kids like me and living happily in different cities[so much memories of those beautiful times when we swung sung danced and played together] Life seems an illusion now. 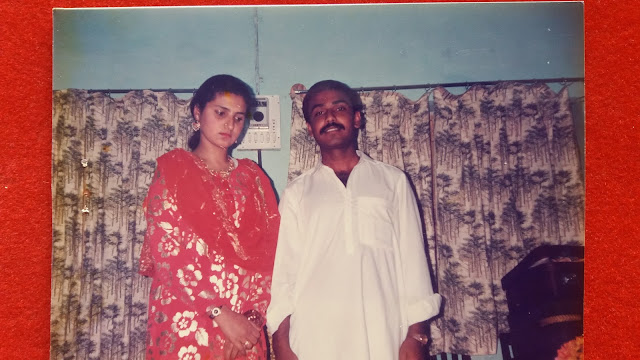 This was taken when we arrived after 22 hour train journey and crowed was waiting to see bride from far city.i was so nervous and sad though my mom and sister came along and stayed for tow weeks with me. .[1991]. 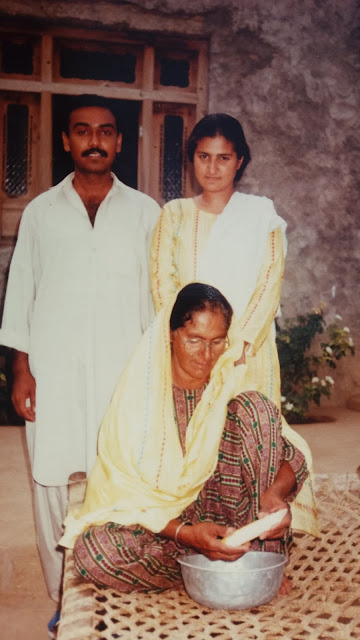 After six months my husband took me to my village to meet my mother as i was missing her so much[this time she was suffering with t.b from which she survived soon.here she is peeling corn to cook them in sand as in winters eating warm popcorn was common there. 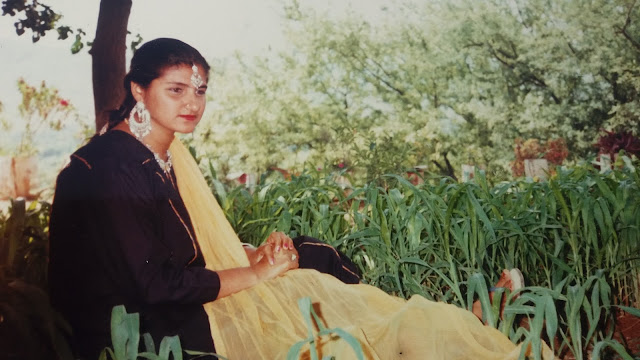 This was my mom's garden area in huge front yard where she used to grow vegetables .my hubby insisted me to wear jewelry and sit there for shot as he used to complain about my carelessness about my appearance . 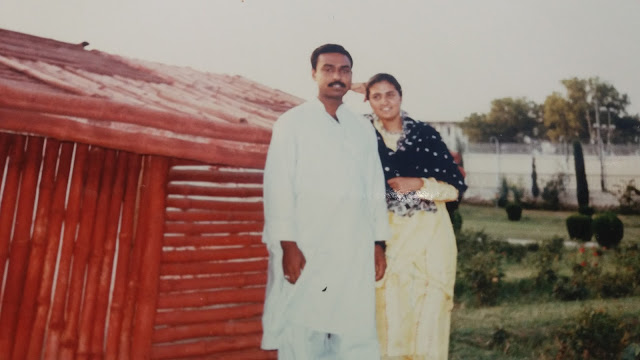 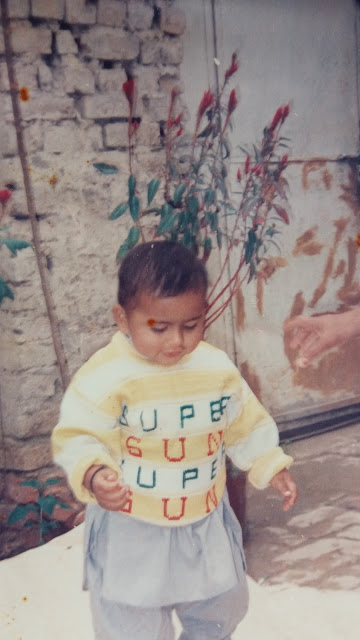 My  first  child my eldest boy Ahsan is taking his first step here [1994]
After him for ten years we waited for our second child .finally [below] 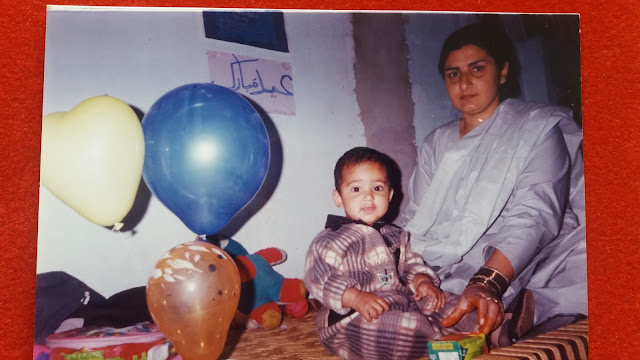 My  second son Asad came to finish the loneliness of his elder brother [2003] He is in 9th grade now and naughtiest kid in the house.this is our old house where i came after marriage and spent 16 years with in laws . 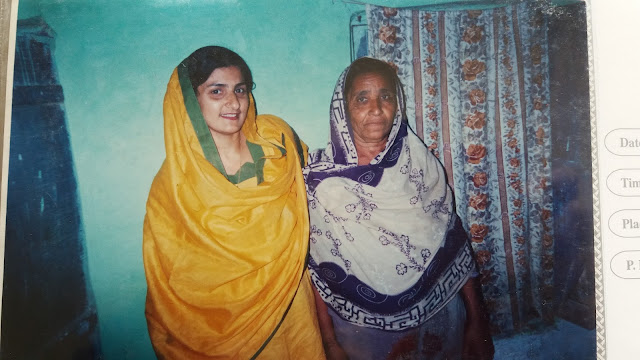 With my  mother in law.[she is tough loving though but moody][2007] 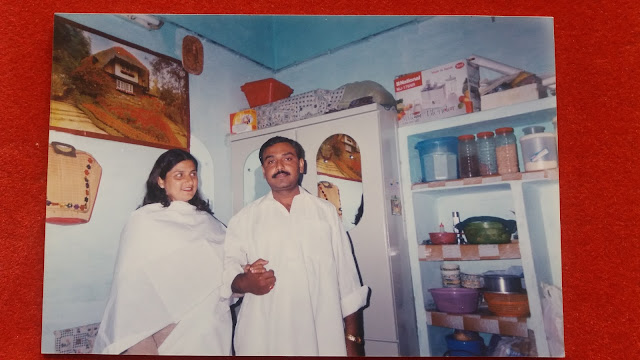 Here i am pregnant with my second child .it is our previous home [2002] 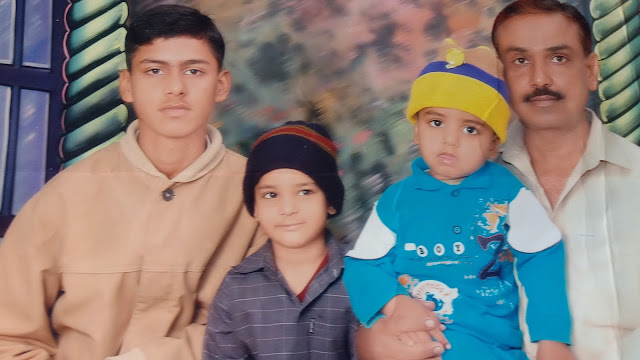 My  precious family .May God keep them always under his Blessings.amen.

hope you liked my old photos friends.
wishing you all a very beautiful life .take care .