A perennial question ... and a perennial response (Hexagram 36, CONCEALMENT) 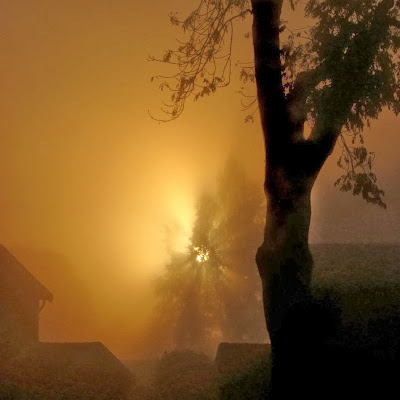 "Thirty-six," I thought, "Again." ~ Reader, do you ever notice how one hexagram arises again and again in response to your queries? Do you wonder if somehow, your soul is asking the same question over and over, seemingly disguised as other questions? Is it possible that the oracle is prodding you into an awareness that you haven't yet, can't yet ... won't yet see? Does a singular hexagram seem to replay a theme for you, as if it's a song whose melody you keep forgetting; a theme that might underscore all the currents of how you live day to day?

Are you snuffing out your own light, or protecting it? Is someone else attempting to darken your life, your volition? Remember this:

Sun in the mouth of day,
Moon in the teeth of night --
Taste everything, they say;
Swallow nothing but light.
(Robley Wilson, "Envoi")

There is the setting sun, whose light falls away from our eyes, every day. Night is a natural, cyclical concealment. All is dimmed, for a while.

There are the lights that we turn off every night, in accordance with Life. Night has come; we rest; we sleep.

Look at the darkness, giving birth to the sun.
(Kahlil Gibran)

Then there are the forms of protection, our deliberate dimmings: 1. Natural, as a plant in seed. The husk is hard, impenetrable, so the living can begin within. Intentional obscuring for the purpose of later revelation. 2. Self-protection, for good or ill.  One is in hiding: concealed, eclipsed; protecting the core; veiling the light. 3. So we don't forget: sometimes to be in hiding is simply to play hide 'n' seek: it's a form of play. 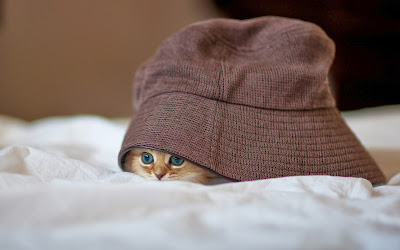 Every fire needs to be put out, eventually, so it doesn't consume what contains it.

Jack Balkin (The Laws of Change) : "Anyone who thinks that the sun will never rise again has lost touch with reality. The same is true of your situation."

Think of Carl Jung's two psychological shadows. One, he thought, was entirely natural, operating in accordance with natural laws (as in the sun's course through a day). The other shadow ... This, he believed, was self-created. Some know it as the monstrous shadow. It is our shame; our concealment of being. This is the shadow that we must work with, deliberately.