Camelot & Vine is a book to pull out of a beach bag and enjoy beneath a big umbrella while sipping on drinks with tiny umbrellas...it's an utterly indulgent reading splurge; silly, charming, romantic, and filled with action...  -- L. Avery Brown


About the Book...
(From the Official Blurb) 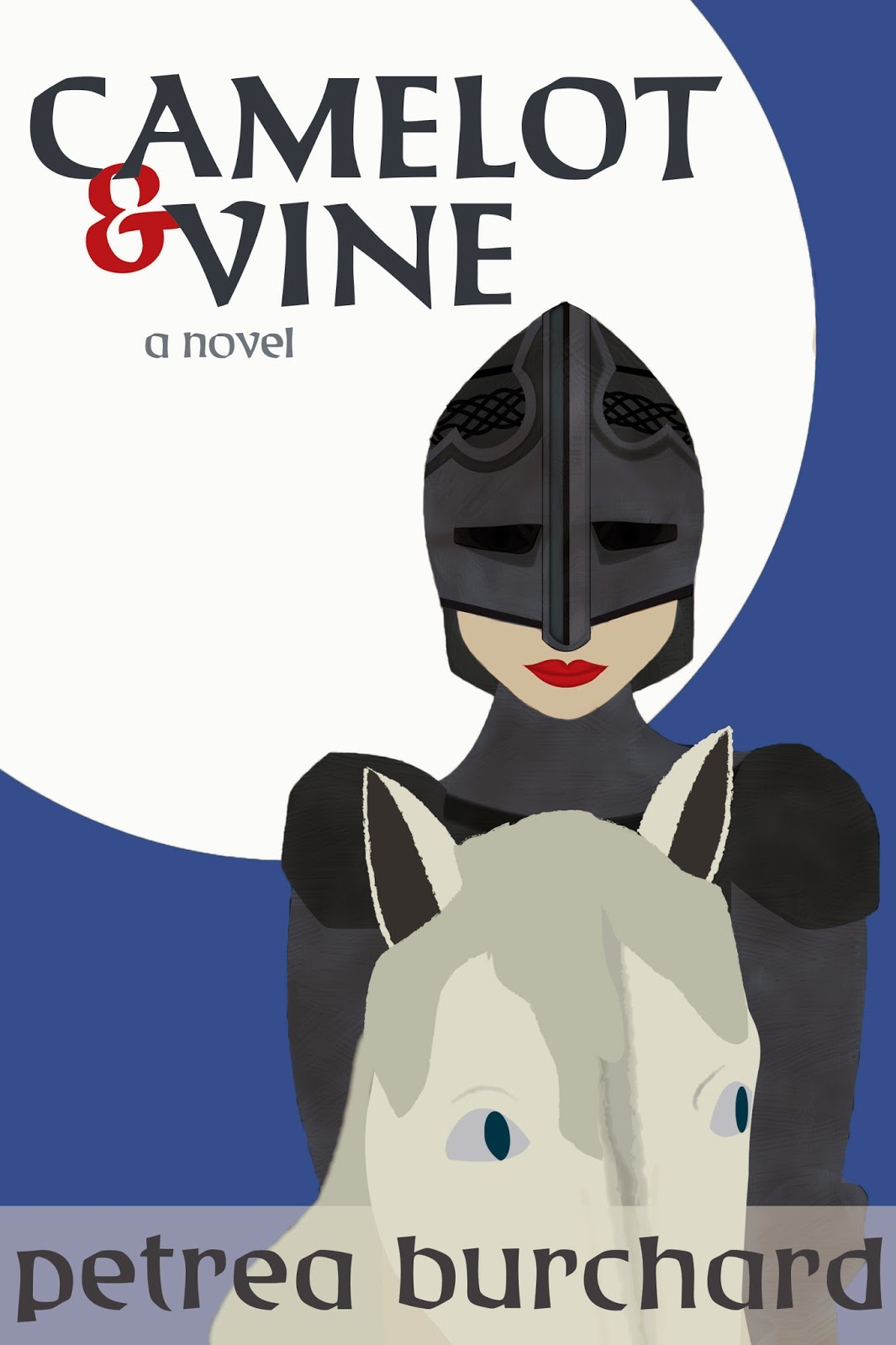 Telling lies is second nature to Casey Clemens, whether she's talking to strangers on national television or to her mother on the phone. Casey's got a cushy Hollywood condo, an efficient cleaning lady and a rich boyfriend. (Never mind that he's married.) When Casey feels dissatisfied she fantasizes: about winning an Oscar, about finding real love or about her childhood hero, King Arthur. It feels like an acting career, sort of, until the day before Casey's 40th birthday when she loses everything she never cared about, falls through a gap in time and lands in the 6th century war camp of King Arthur himself. He mistakes her for a wizard and takes her in. But as she finds her feelings warming to him she also finds enemies. War is fast approaching, and the Dark Ages are a perilous time for an actress with an honesty problem. That is, if she wants to make it back to the 21st century alive. Not that she could if she wanted to. Not that she wants to.

The Hook...in 25 words of less...
A failing Hollywood actress loses everything she never cared about, falls through a gap in time and saves King Arthur's life.