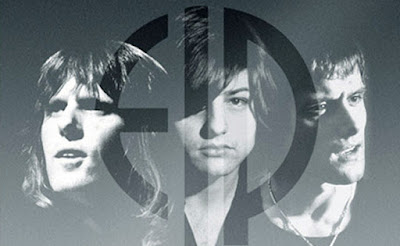 I thought I would start the New Year, as I did five years ago, with a daily series of posts. It will also help me to forget all of the weirdness that happened in 2016, a memorable year, but for all the wrong reasons.

Anyway, enough of that! We are now in the year 2017 and this year will hopefully be much better.

Five years ago, I chose to select a pop song every day in January and talk about where and how it featured in my life at the time.

This time, I am not going to do that exactly. Instead, I am going to endeavour to introduce you to the world of Progressive Rock, my favourite music genre. I can hear you groan, dear reader, as you think “Why? What the hell IS Progressive Rock anyway?”

Don’t be despondent. My aim is to pour forth my thoughts on a number of subjects inspired by the music that you will hopefully give a little go. To be honest, Progressive Rock in itself is a weird genre because many people claim to have never heard of it, but when I mention the bands and artists, they say “Oh yeah! I never knew they were Progressive Rock!”

Take Genesis, for example. They are one of the most famous members of this elite group of artists. You will hear from them in a few days.

I want to start where it all began, way back in 1977. The very first record I ever bought was a Progressive Rock masterpiece: Fanfare For The Common Man by Emerson, Lake and Palmer. I guess the genre appealed to me even back then.

I’ve always regarded myself as a common man. There’s nothing that special about me, really. If you were to meet me you hopefully not think I’m an okay kind of guy. I like to think I’m a nice person and would never knowingly upset anybody.

Yes I rant about people and things but if I genuinely don’t like somebody, I simply avoid them – for their sake as well as mine. I can’t bring myself to be nasty even to so-called foes; it’s just not in my nature.

To be fair, I would prefer to listen to a song called "Fanfare For The Nice Guy" because ultimately I think that nice guys don’t always win. Nasty people exploit and use nice guys – I have been a victim of that in the past when I was a naïve youngster. Such experiences have made me cynical and that is one of my weakness and something I can’t do anything about.

I like to think that I am a good judge of character and when I meet somebody who I think has a hidden agenda, I nod and smile but am very wary of their motives. I’ve met quite a few people like this, mainly through work and usually socially.

For example, at a wedding I went to once, I met a guy who bored me senseless for about an hour, telling me how wonderful he was and how rich he was. He asked me about what I had done, but his sole purpose was one-upmanship; to basically tell me that he had done something better or something more successful. Whenever I mentioned the exploits of friends I knew, he claimed to have friends who were better than them, more famous than them or had made a bigger mess of something.

At the end of the conversation, he wanted to keep in touch – why, I don’t know because compared to his person he claimed to be, I was just a plebeian non-entity. Perhaps he thought that I would become one his army of fans and he would be able to claim that he had common men as friends.

I haven’t seen him since – and I am glad.

Most of the people I meet, I genuinely like, which tells me that most people are fine, most people are nice guys and girls and we’re all common people with normal everyday lives.

I am sure you are too, dear reader, because I like you all too – unless you are a pseudo-intellectual or a keyboard warrior, in which case I shall reserve judgement until I meet you in person.