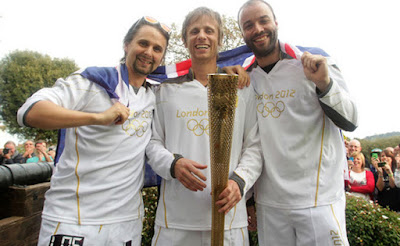 There is one British band carrying the torch for Progressive Rock into the future and are bringing the genre to the masses. That band is Muse and today’s song is one of their classics. It is called Survival and was the official anthem for the London 2012 Olympics.

It’s a great song that illustrates the drive to achieve a sporting triumph and characterises the desire to keep on striving to reach your goals.

When I was a young lad, I used to watch sport and dream of achieving similar goals. I was hindered slightly because my eyesight is so poor that there are certain sports I could only dream of attempting.

Take football for example – or if you are American, I mean “soccer” ( I will try not to rant about the sport that you guys call “football” because, don’t forget, I am endeavouring to be positive in 2017 and not antagonise anybody – besides, you have enough on your plate with Donald Trump!).

To play football, you need good eyesight and I can barely see the other players on my own team let alone the bloody ball. I did try playing football in my spectacles a couple of times, but each time I ended up in pain. One time, the ball hit me full in the face and the frame of my glasses pierced the skin above my eye giving me a nasty cut more reminiscent of boxing.

I tried repeatedly to play without them but failed. One time, the goalkeeper cleared the ball in my direction and I ran forward to where I thought it would end up. My fellow team mates yelled at me – all I could hear was my name being called. Sadly, I thought they were expecting a pass the moment that I plucked the ball from the air, like a professional footballer would do; the truth is that they were yelling for another reason. I looked up into the sky and the ball hit me full in the face almost breaking my nose. I fell in a heap on the floor and the opposition players almost collapsed in laughter.

Another game I tried was rugby, which is more like American Football – but much more violent and with no added protection. 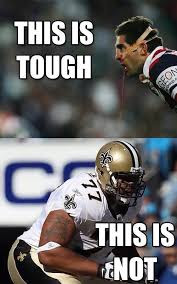 I regarded rugby as legalised bullying and in order to thrive you needed to have good eyesight (fail!), be big (fail!) and be strong (fail!).

I was fast, and could run when the ball somehow found its way into my hands but sadly my other flaws let me down and I ended up breathing mud having been flattened by angry meatheads twice my size and weight.

Cricket was another choice and I could play with my glasses on. The problem was that the ball is constructed in Hell and is a small hard missile hurled at you at ridiculous speeds and, if it makes contact, can cause huge pain.

Athletically, I was okay. I was quite fast and excelled in 100m, 200m, long jump and triple jump. My stamina was also high thanks to trying out cross country running so I was a very competent distance runner, doing well at 1500m and 5000m.

The field events were a challenge. I opted out of trying to throw a hammer, discus or javelin in case I impaled the sports teacher, although at the time I wouldn’t have been too sad because he was a sadistic rugby player (and a complete bastard) who hated me for some reason.

I’ve tried a few sports over the years such as tennis, swimming, table tennis, badminton and hockey but my love was always football and I carried on playing five-a-side well into my late 30’s before finally giving up and joining a gym to keep fit.

Now, in my mid-50’s the only sport that I can excel in is walking – and I love to do that alone with my iPod as a soundtrack.

I would dearly have loved to have been a professional footballer but God had other ideas; you can’t play football if your eyesight is worse than Mr Magoo’s.

If all of the rumours about the afterlife are true and one day I end up facing judgement I plan to ask the following questions:

Why the bad eyesight?

What did I do wrong?

And before you ask, yes I did try contact lenses and I almost threw up over the optician’s suit.

That would have been most unpleasant.