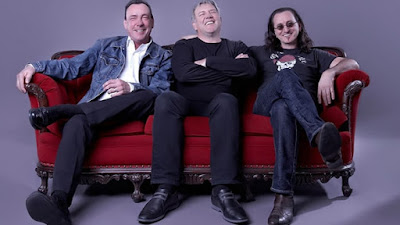 Today’s song is another one by Rush. This one is a recent one called Headlong Flight, which basically talks about how being happy about your life despite the ups and downs that you have had to endure.

As you can expect, in 54 years of living on this weird planet, there have been quite a few ups and downs, a lot of which I’ve bored readers with in the (almost) nine years I’ve been writing crap for the world to read.

In the grand scheme of things, however, my contribution to the history of this plane (or more accurately, the history of humanity on this planet) is in fact so tiny that it is negligible. In two hundred years’ time, my contribution to history will probably only be a footnote in the hobby of a descendant researching their family history. That assumes that I am lucky enough to have descendants at that time. I have two boys at the moment and I would like to hope that they will both produce clones who will also produce clones (etc. etc. etc.).

What will they discover?

With any luck, they will find an ancient blog out there on whatever the internet evolves into and hopefully they will regard my wittering as something they can appreciate, despite all of its flaws.

As I get older, I find myself looking backwards to the past more and more often. There are constant reminders, such as music, television programmes and people dying (as morbid as that sounds) that remind me of times gone by and I am beginning to feel an urge to scribble it all down in a medium other than an amateur blog.

That’s why, a couple of years ago, I started scribbling down a kind of autobiography. As usual, procrastination has been victorious and beaten me into submission so I have left it untouched for at least a year. My main reason for starting it was to hand it down to my lads so that they could remember me when the Grim Reaper knocks at my door.

I didn’t do this for selfish reasons. On the contrary, I want them to see what my life was like before they were born first hand rather than looking at history books primarily because I regret not finding out more about my own family history.

My own family may seem unremarkable in the grand scheme of things but when you dig down there are some nuggets of interest.

These stories are gold and I hate the fact that, as a child, I didn’t interrogate my grandad about his experiences in those tragic times.  I can’t change that now because, sadly, there is nobody around to inform me.

My own life is far less exciting, as readers will agree. Nevertheless, there are some nuggets even in my life that may be of interest to future generations. For that reason, I aim to complete my stupid little autobiography and possibly even to delve into my own family history and write something about that.

Who knows what I may uncover?

I may even find an old book written by an ancient ancestor of mine full of rants about how unfair life was back then.

Now wouldn’t that be interesting.