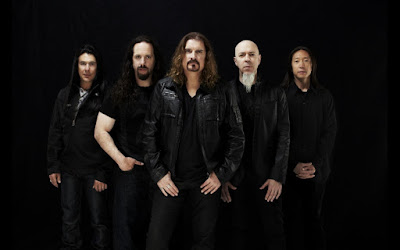 Today’s song is called Space-Dye Vest by the brilliant progressive metal band Dream Theater. Again, this is a mellow slow burning song that may make you ask:

The song is quite sad and dark and reflects the pain of a relationship being over from the perspective of the person who was dumped while he struggles to get over the fact that everything is over.

There are so many songs about the pleasure and pain of love, so many in fact that often they are quite shallow.

Some, however, are quite profound and this is one of the better ones, both musically and lyrically.

I’ve only ever been dumped once and, to be honest, I could see it coming. I was 18 years old and the girl in question was the daughter of one of my parents’ best friends, so the family connection was quite strong, which is one of the reasons that other people took the break up more seriously than either of us.

As usual, I shall protect the identity of the girl in question by calling her Gwen.

Gwen was my second serious girlfriend. My previous relationship had ended a few months earlier and had lasted for over a year and my parents, particularly my mum, had reacted badly to that one.

“You’ve dumped that poor girl?” she had said angrily and demanded to know why.

I think she saw wedding bells even though I had only been 17 years old. So when Gwen and I got together, I think my mum was totally delighted; not only did I have a new girlfriend, the bonus was that she was best friends with Gwen’s parents.

It was a win-win for her.

The truth is that Gwen and I kind of drifted into the relationship because of our parents. We saw a lot of each other because of them and were already good friends. I was hopeless with the opposite sex at the time and blindly tried to chat up women who were out of my league, making a complete arse of myself every time. I was also very stupid because didn’t really see it when a girl liked me.

This was the case with Gwen and she made all of the moves.

Sadly, for her, I had just discovered the joys of alcohol and was in my final year at school with A-Levels on the horizon and at the same time looking for a place at university. I was also an arsehole generally.

The problem was that I was changing, both my appearance, my outlook on life as well as trying to calm down and stop being an arsehole. Gwen and I got together at totally the wrong time.

I spent Saturday nights in Walsall town centre drinking with my mates and then knuckling down with work the rest of the time. Gwen wanted me to spend time with her and, to be fair to her, I neglected her. When we got together the first thing she used to do was moan about how selfish I was. She was working and not at school so she didn’t understand what I wanted and what was driving me.

Nor did she understand that I needed to spend time with my best friends on Saturdays.

It was doomed and the inevitable happened after about three months.

I called at her house and she opened the door.

“I’ve had enough,” she growled. “Why don’t you fuck off back to your boyfriend, Stan!!!”

Stan was my best mate at the time (that wasn’t his real name by the way – I just want to protect the guilty).

“Are you dumping me?” I asked, incredulously.

“I thought you were clever,” she said. “YES I AM DUMPING YOU!”

And then she slammed the door in my face, leaving me standing there shocked. I remained there for about a minute then burst out laughing. I realised at that point that I didn’t really care that I'd been thrown onto the scrap heap and instead, went to Stan’s house (as she had said) where we went to the pub to discuss it over a pint.

Strangely, the next time I saw Gwen, she was her usual self and we actually chatted like the old friends we were.

Gwen will always stand out in my memory, however. A few months after we split up, my dad died. My mum wanted to tell Gwen’s parents but she was a complete mess, so I took that responsibility. I walked the short distance to Gwen’s parents’ house and knocked on the door.

Gwen saw me coming and assumed that I was visiting her.

She opened the door with a smile and said “Hiya! What are you doing here?”

I looked at her and blurted out “My dad’s died!” and then burst into tears.

Gwen grabbed me and gave me a huge hug as I rested my head on her shoulder and wept like a baby, soaking her jumper. She dragged me into her house as I sobbed and gave the bad news to her parents who also fell apart in grief. Gwen made me a cup of tea and sat next to me holding me as if I were going to run away forever.

At that moment, I felt closer to Gwen than I had ever felt to her when we were boyfriend and girlfriend.

Sadly, I lost touch with her after I left Walsall but that one memory of Gwen comforting me is far stronger than just being an ex-girlfriend who dumped me for being an arsehole (which I deserved to be fair).

I will never forget what she did to comfort me.