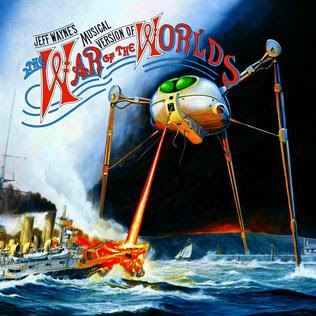 Today’s song is Eve of the War, the first song on Jeff Wayne’s musical tribute to War of the Worlds.

I have loved this album since its release way back in the 1970’s and it is one of those rare things that Mrs PM and I share in terms of musical taste. A couple of years ago, Jeff Wayne toured the country with a full orchestra and lots of special effects to bring his concept album to the stage and Mrs PM came with me to see it.

The concert is to date the only one that we have both been to see and to be honest I can’t ever see this happening again.

For me, though the real triumph is the story. The book by H.G.Wells is one of my favourite novels. I first read the book at school at the tender age of thirteen. My English teacher introduced a lesson by suggesting that we all read a classic novel and write an essay about it.

Initially I was depressed because until that moment the term “classic novel” referred to an out of date boring tome by the likes of Thomas Hardy or, worse, a play by William Shakespeare. The school kept a library of suitable books and I immediately selected the book based on the title alone.

I took it home and read it as voluntary homework and the essay I wrote sang its praises. I imagined I was present as the tripods marched across the English countryside systematically destroying all traces of humankind with the deadly heat ray.

The book also kick started my love of science fiction and horror novels generally. I have since read hundreds of books but few have had the impact of War of The Worlds.

I’ve also read other works by H.G.Wells, including The Invisible Man and the Time Machine. The latter book is also a classical favourite of mine and I was delighted about ten years ago when I discovered that an authorised sequel had been written by another science fiction author I enjoyed called Stephen Baxter.

The sequel was called The Time Ships and took the original premise of Well’s masterpiece and expanded it into a mind-blowing epic. If you like the original novel, you will love the sequel, although Baxter sometimes let’s his imagination run amok in a way that can be bewildering. 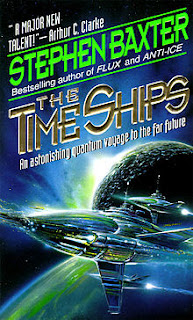 I also recently read an authorised  sequel to The Day of The Triffids called The Night of The Triffids  by a little known author called Simon Clark and it was certainly worth a read. 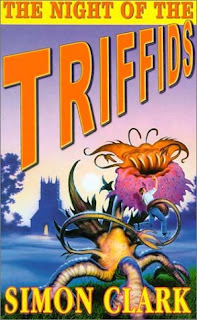 However, I have discovered that an authorised sequel to The War of the Worlds is about to be published, with the intriguing title The Massacre of Mankind. And even better, the author is the same guy who wrote The Time Ships, Mr Stephen Baxter. 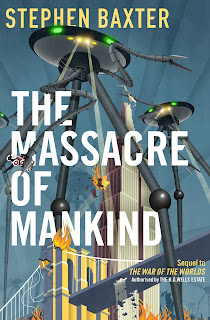 Given the nature and style of the other books he has written, I imagine it will be phenomenal and I am really looking forward to reading it.

In fact, I would dearly love to have a go at writing a sequel myself and even though it would be totally dreadful, I would love it, mainly because it would tell the story as I think it should progress. In fact, it lends itself to more than one sequel in my view.

Maybe I’ll add that to my unending list of writing projects I am unlikely to ever start.